UPDATE 11/17/22: We still live in colonial Salem, the 21st century witches condemned to burn at the stake being those uppity high-volume voices thumbing their noses at the Woke Establishment high priests. Donald Trump, Elon Musk, Joe Rogan, Kanye West, even with their personal flaws, stand out admirably among those leading this righteous insurrection, and to bring the current pandemic of repression to a halt, we must continue to back them up and take no soft-sold substitutes. Without free speech, there is no freedom. These are Ibsen’s Enemies Of The People, Gary Cooper standing alone against the Miller gang arriving at High Noon, Ayn Rand heroes defying and laughing at the pygmies, the Galileo heretics who take the blows for speaking on behalf of truth-lovers everywhere. They will ultimately prevail or, at worst, go down fighting.

UPDATE 11/16/22: Conservatives find themselves stretched uncomfortably in a tug-of-war between an immensely attractive, proven De Santis and DJT, the indomitable force who still intends to win the war for us and settle for nothing less. His first address to the public as a 2024 candidate has proven to be a refreshing reminder of what has brought at least half the country into the MAGA movement. De Santis has a record that is persuasively solid and worth supporting, but does he really have the autonomy enjoyed by Trump who, unlike De Santis (if reports of his prominent Trump-hating backers are to be believed), is beholden only to himself?

This is high drama that isn’t make believe. Trump is at the forefront of a moment of truth, and the outcome could well be both tragic and heroic for him personally and for an American republic we’re struggling to keep.

In the meantime, President Schmesident. Will the Republican-controlled Congress lay bare and fully address the Covid travesty, the illegal immigration disaster, the inflation monster, the Biden Crime Family (aka Hunter’s laptop), the normalizing of “Climate Change” and “Gender Spectrum” horsepucky now respectively terrorizing and mutilating the young? Kurt Schlichter sensibly proposes NEW, effective, kick-ass GOP leadership that is never to come from the tepid trio of McConnell, McCarthy or McDaniel. He suggests Matt & Mercedes Schlapp or almost-NY Governor Lee Zeldin perhaps?  There’s plenty of long overdue do-or-die stuff to handle as of yesterday without worrying about 2024. 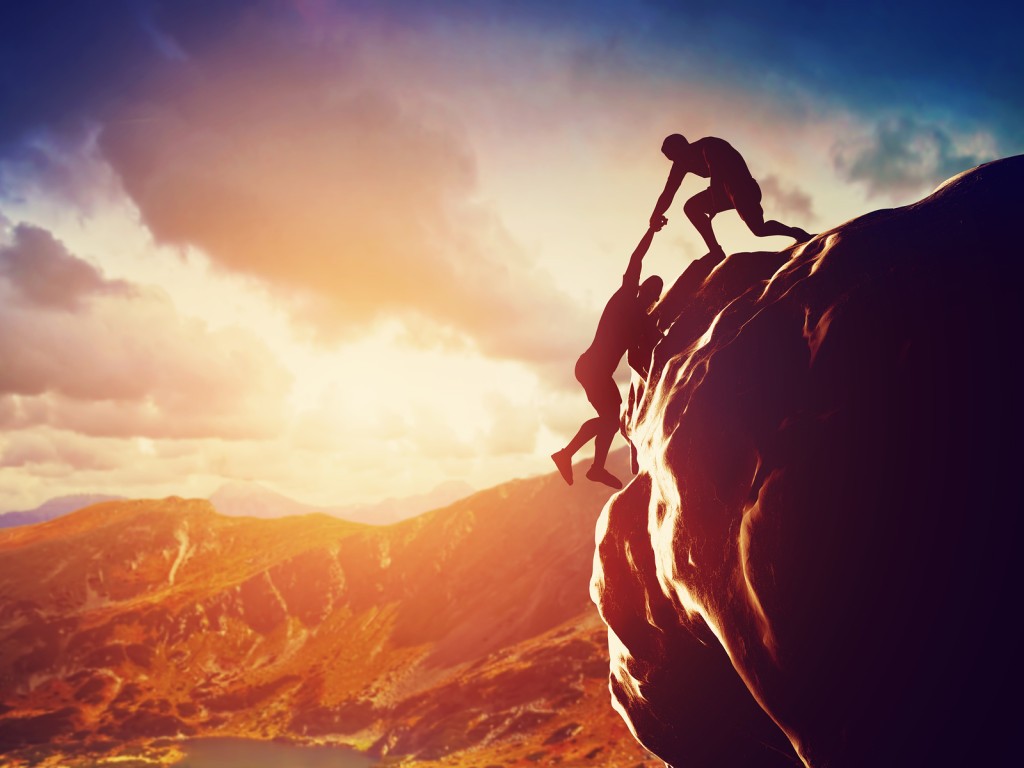 UPDATE 11/16/22: If one issue of concern takes priority over others, parental control of their children’s lives should top the list. Among a slew of other admirable signs of leadership, DeSantis is showing how parents can win over the wayward schoolboards leaning heavily these days toward Woke. For that matter, his entire tenure so far is becoming the model for fighting the seemingly countless elements threatening the basic freedoms and rights Americans by definition should enjoy as an absolute given. So far, his actions have superseded his promises, and we resonate to a vision of an America “where Woke goes to die.” 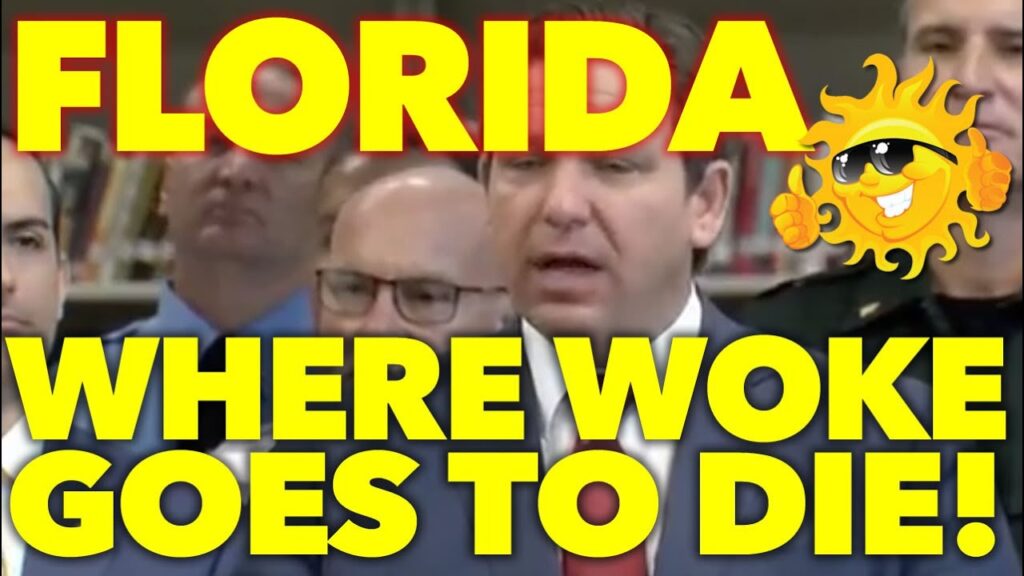 UPDATE 11/16/22: In a total counter response to the rather depressing midterms, just imagine an election when only registered voters will be allowed to vote in person and then only in their registered precincts and only on Election Day. Exceptions could be made with absentee ballots issued to those pre-registered voters with a provable infirmity or actual absence from their home towns on that day. And only those mailed-in votes postmarked no later than midnight a week before Election Day would be counted.

Pre-registered voters (including absentee ballots) only on that one Election Day. Is this not a modest proposal?

Admittedly, these few old-fashioned (pre-2020) protocols and strict rules will be considered oppressive, fascistic and all-around unfair to those getting entirely too accustomed to a cheating, lawless, disintegrating society that is the inevitable legacy of the Left

UPDATE 11/13/22: Starting in 2020 and now in 2022, the American electorate has not been allowed to choose its leadership.  If we’re ever to have an honest election again, the Election Day laws prior to 2020 must be re-established: in-person voting on Election Day with the exception of proven absentee status of illness or being out of one’s home state.  Otherwise, no vote.

SURE! VOTE AS MANY TIMES AS IT TAKES!!! 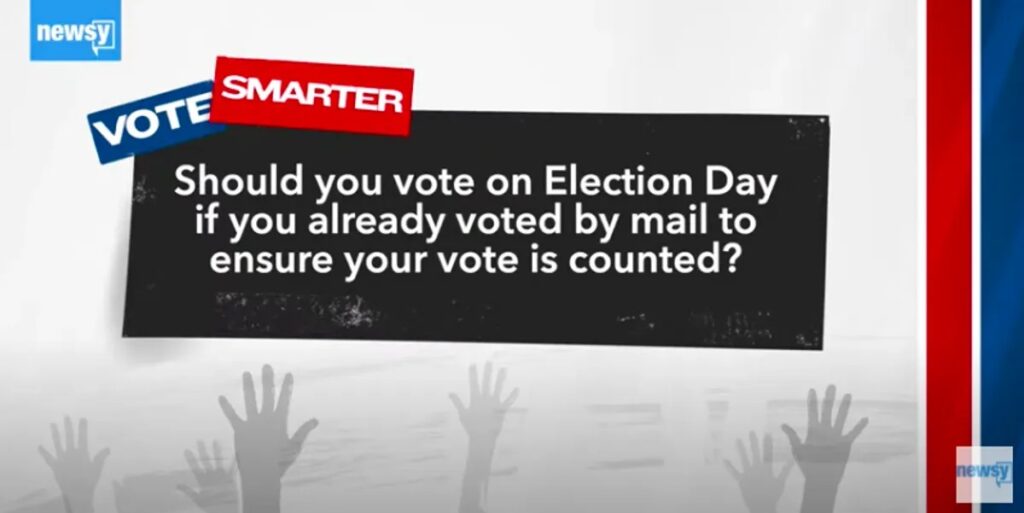 UPDATE 11/16/22: Questioned whether there were numerous FBI plants pretending to be Trump supporters on 1/6, FBI Swamp Dweller Wray failed to answer. Meaning, the answer is Yes. 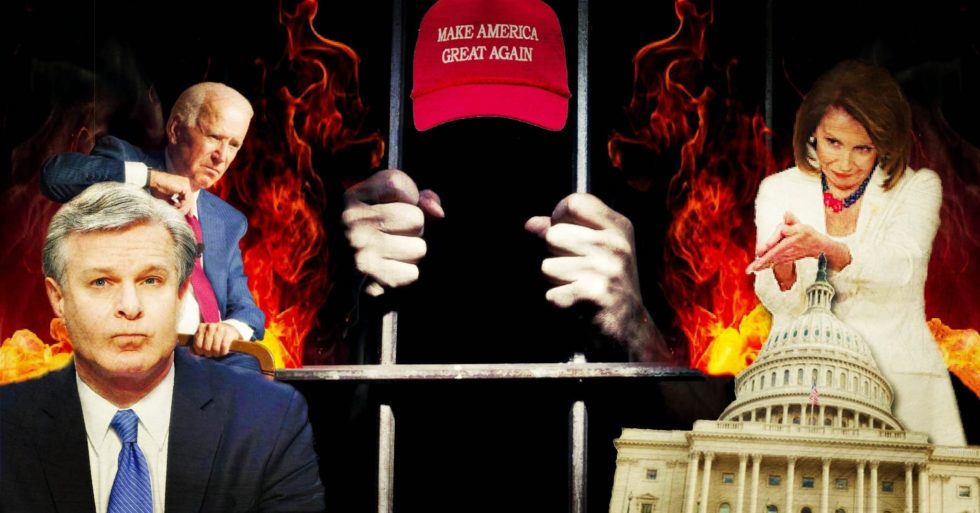 UPDATE 11/16/22: Judging by the midterm stats, the youngest voters (18-29) are now most definitely The Children of the Demmed, mental captives to the lying promises of the Left.  This is in no small part due to successful ChiCom brainwashing as seductively presented to them on a daily basis by Tik-Tok.

UPDATE 11/16/22: An invisible hand is at work on American society, not the beneficial hidden force of Adam Smith’s free market but an insidious, evil one belonging to the ChiComs. 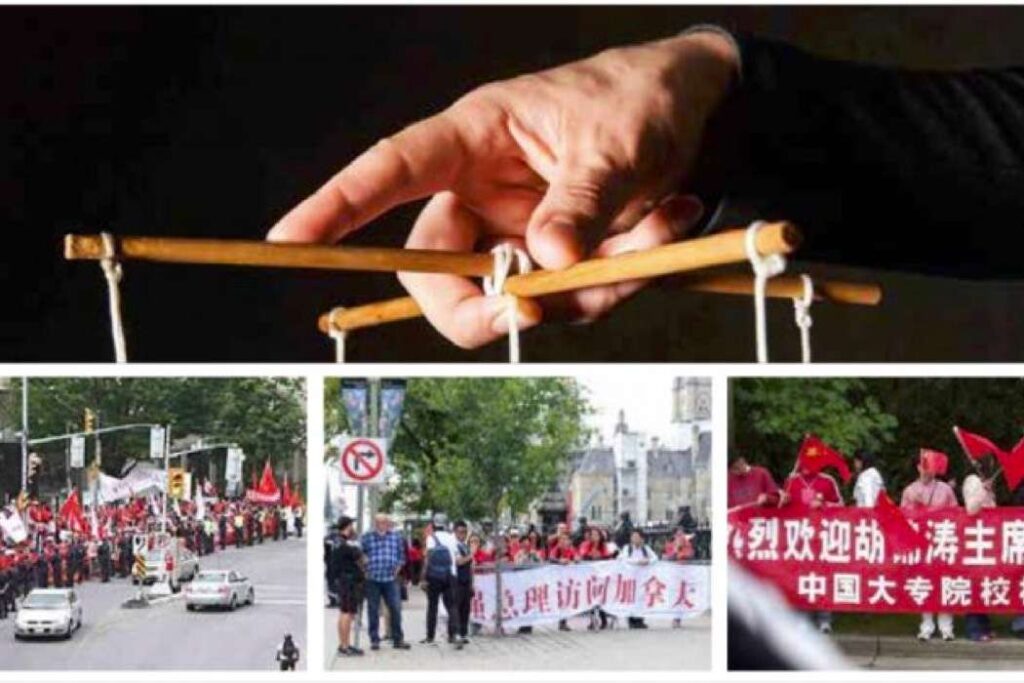 UPDATE 11/17/22: As long suspected, the narrative of lovely, peace-loving Ukraine beset by Big Meanie Putin is fraying at the edges, and the case for pulling way back is getting stronger.  The suffering Ukrainian people may very well just be props in a war their notoriously corrupt leaders are only too happy to wage for the worldwide sympathy and financial benefits to be reaped. The latest is the incident of a missile fired into Poland, reported as one more act of Russian aggression but actually a deliberate false flag launched by Zelensky & Co. An accident they say. Perhaps. What is the full story here? 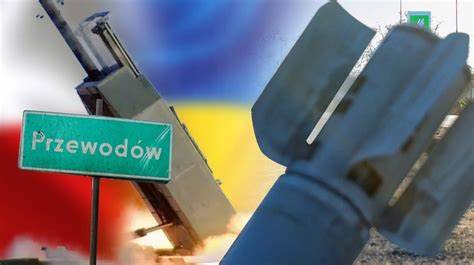 UPDATE 11/17/22: The reverse racism and desperate virtue signaling of The Great Woke Way has led management of the African-themed “The Lion King” to fire a cast member for the crime of hand-signing while White. Blacks Only! Don’t quote me, but I’d swear this is illegal. 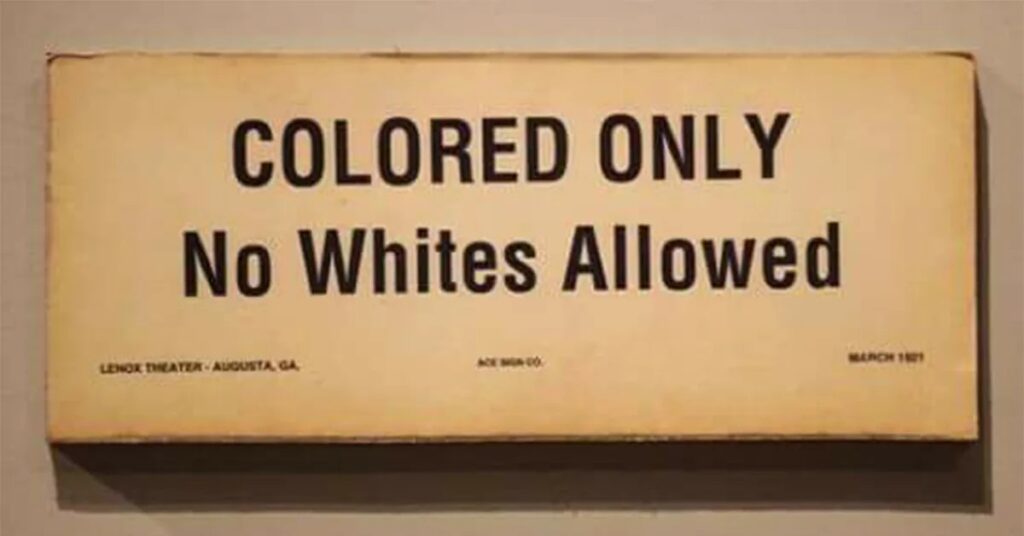 UPDATE 11/18/22: We live in times when we are supposed to believe and accept what our eyes and ears tell us are outright lies: vax/masks/lockdowns are good, there’s no immigration problem, our elections are fair and square, there really are more than 2 sexes, men can give birth…But of course. Who are we to doubt? Our best hope is an equal, opposite response to the censorship and lies of the Dem Leftists and their MSM bullhorns by a Republican Congress. If not, we might as well have told Nancy and her Mafia pals to stay on and keep up the good work.

UPDATE 11/19/22: As easy as it is to focus on James Bondish villains like Soros and Schwab, America turned upside down is tragically traceable to the Long March through the educational institutions as proposed by Bill Ayers, Saul Alinsky and those other radicals of old totally, fanatically committed to America’s undoing. Unfortunately, the evil genie is out of the bottle for good, his poison now flowing freely throughout the middle-aged and younger population. Is there any way back?

UPDATE 11/16/22: If freezing/starving/killing billions of people is necessary, so be it say our Green saviors pushing “renewables” that are neither usable or even necessary to an oil/gas rich world.  Kill people to “Save The Planet” pretty much sums up this madness. The only happy outcome can be a lot of cold, starving people finally rising up against this BS.  That hopeful scenario now well underway looks rather unlikely at the moment.

UPDATE 11/18/22: Hats off to the millions of brave folk determined to retain a strong grip on their own common sense and decency. The video below is the testimony of a self-professed social liberal pursuing her psychological counseling degree at Antioch and finding herself in a fight for her career and soul.

UPDATE 11/18/22: Lost among the generally bleak midterms news is the election of more radical Islamists to Congress to keep Omar and Tlaib’s Squad company. Osama Bin Laden Goes To Washington, Homey and populist as a suicide bomber.

UPDATE 11/15/22: For how long must we listen to those lamenting in robotic , meaningless fashion about “settlements” and Israeli “occupation” of “Palestinian” land? That even includes Israeli Leftists who have helped turn “settlements” into a dirty word. For “Palestinians” and their useful idiot supporters, Israel is just one big “settlement” that should be razed. 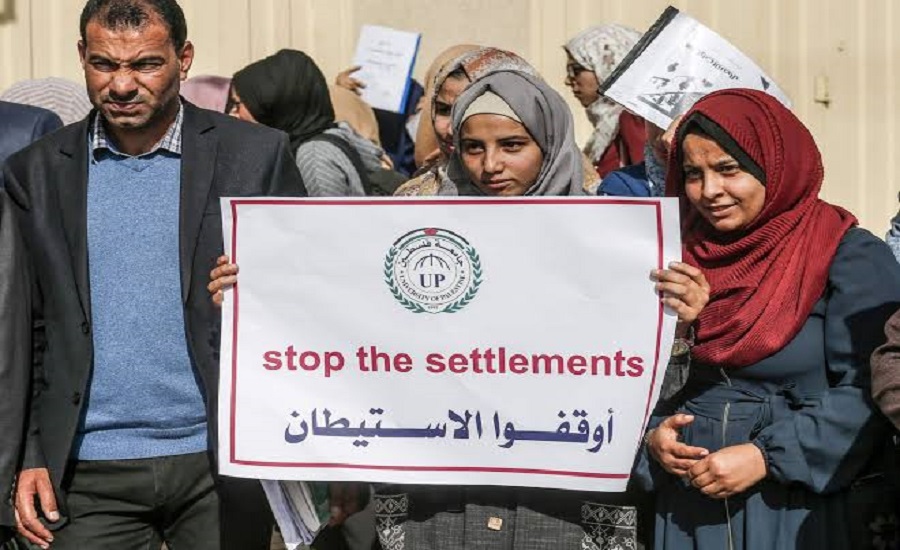 UPDATE 11/15/22: Another “I’ll believe it when I see it” moment, but according to one Rabbi, Jewish eyes in great numbers are suddenly clearing and looking for the exits from the Dem Party. If true, the only comment here is “About time.” 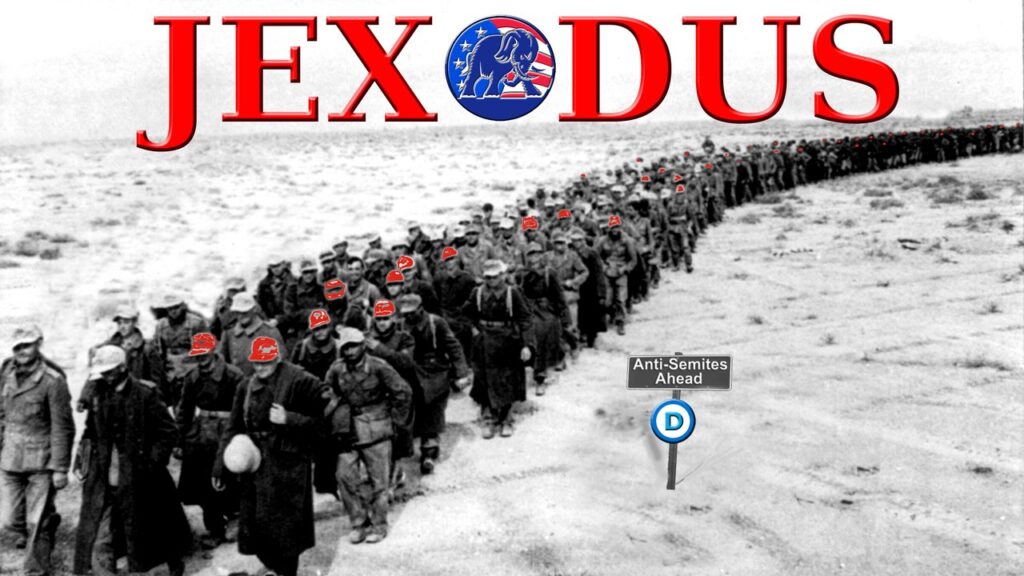 UPDATE 11/18/22: If not for the under-30s now overwhelmingly mental captives of Woke/Marxism, there would have been a resounding Red Wave of rejection to BrandonWorld. Throw in the now-refined practice of suddenly materializing mail-in ballots, and a rational electorate voting in its own best self-interest becomes irrelevant. 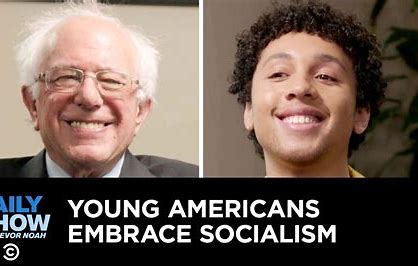 UPDATE 11/17/22: Arizona has inadvertently outed itself as a model for RINO political corruption thanks to a fierce Kari Lake refusing to go down at the behest of the Never Trump political Mafia. This plague within the GOP targets each and every conservative challenging the status quo of Big Government in bed with Big Business in bed with their totalitarian doppelgangers across the sea (like China for instance). The nice-sounding, conciliatory “reaching across the aisle” of “nice” Republicans is nothing less than an entirely self-serving power grab for a piece of all the money and influence at the top layers of world politics. 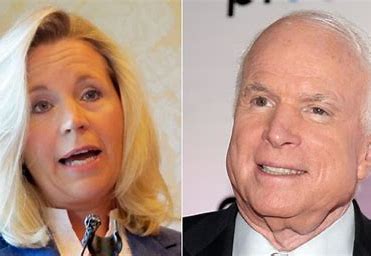