UPDATE 9/13/22: When will the Palestinian scam run its course, its leadership, laughing all the way to their bulging Swiss bank accounts, exposed and stopped?

UPDATE 9/6/22: The so-called “Palestinian” claim to Israel is as bogus as it ever was. The “two-state” solution has long ago been solved with the existence of Jordan which should be reason enough to stop the whole scam yielding Swiss bank-bound $billions for Arafat and his successors and less than nothing for the displaced Arabs used as bait for that lucre. 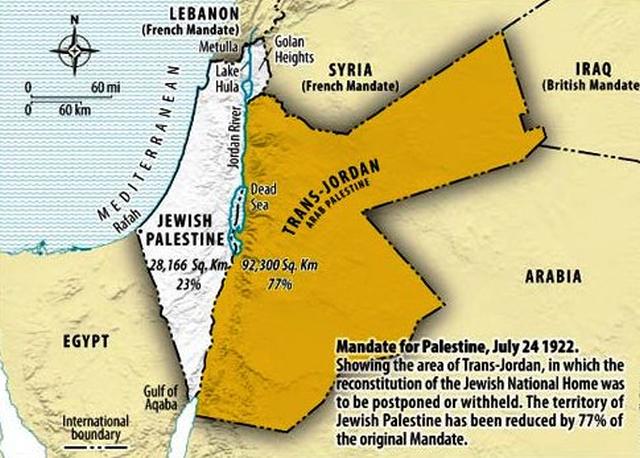 UPDATE 6/12/21: A Palestinian State already exists, It’s called Jordan. It could just as legitimately be Gaza. However, as long as Israel/Jew hatred keeps the money and political power rolling into the evil hands of the PLO Mafia, who needs the unprofitable independence of “Statehood”? Given the responsibility of their own nation, the phony PLO leadership might actually have to tend to the real needs of the diverse collection of Middle Eastern Arabs (mythically named “Palestinians) they claim to champion.

UPDATE 5/7/18: The notion of Jordan as “the” Palestinian state purportedly desired by Middle Eastern Arabs may be gaining traction.

Prominent Jordanian writer & pundit Mudar Zahran nicely lays out the case for Jordan as the Palestinian Homeland/State theoretically desired by Muslims & Arabs of the region. 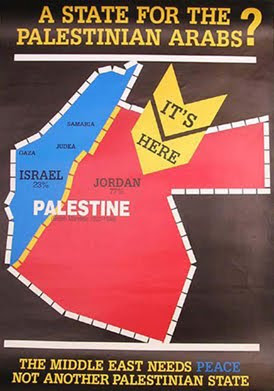 It’s all so simple. On the bright side, there is tiny Israel, an open, throughly dynamic Westernized society accommodating not only Jews but any religious people capable of living in a pluralistic society. It is a social order built on individual liberty and responsibility, underpinned by law. The rest of the Middle East remains mired in medieval serfdom, millions of people broken up into various warring factions, controlled en masse by kings, tribal leaders, oil-rich sheiks, political tyrants, perpetually incapable of ruling themselves.

Jordan, a relatively stable, independent sovereign state, is ruled over dynastically by the Hashemite King Abdullah II. Like his father Hussein before him, Abdullah is threatened by the notion of Jordan being the Palestinian homeland. This would mean taking on any or all Palestinian factions that oppose him. Among those  various opposing factions: Bedouins, indigenous Palestinians, the inherently violent, rapacious PLO/Hamas/Muslim Brotherhood. Forget about Israel.  Who is to prevail among the Muslims?

Diverting attention from their own failure to rule themselves, all the Muslim factions claim an historical right to what is now Israel. Why solve one’s own problems when one can look on with envy and rage at Western success and garner sympathy (and  untold billions in aid) from the usual bleeding heart sources? In America, it’s the Sharpton/Jackson/Black Lives Matter demagogues. In the Middle East, it’s the Arafat/Muslim Brotherhood gangsters.  Permanent grievance, permanent helplessness of the masses, permanent power for those who would manipulate those seething masses to their own ends.

One Reply to “A Palestinian State already exists, and it’s called Jordan….
Can Jordan’s ruling Hashemites accommodate all the rival Muslim factions?”