UPDATE 7/15/22: The Left’s tolerance for criminals has melded into an outright embrace. In Britain, car theft has effectively been decriminalized. Why, you ask? Minus private property and laws protecting it, there is no social order or any individual liberty, only chaos. Get it? 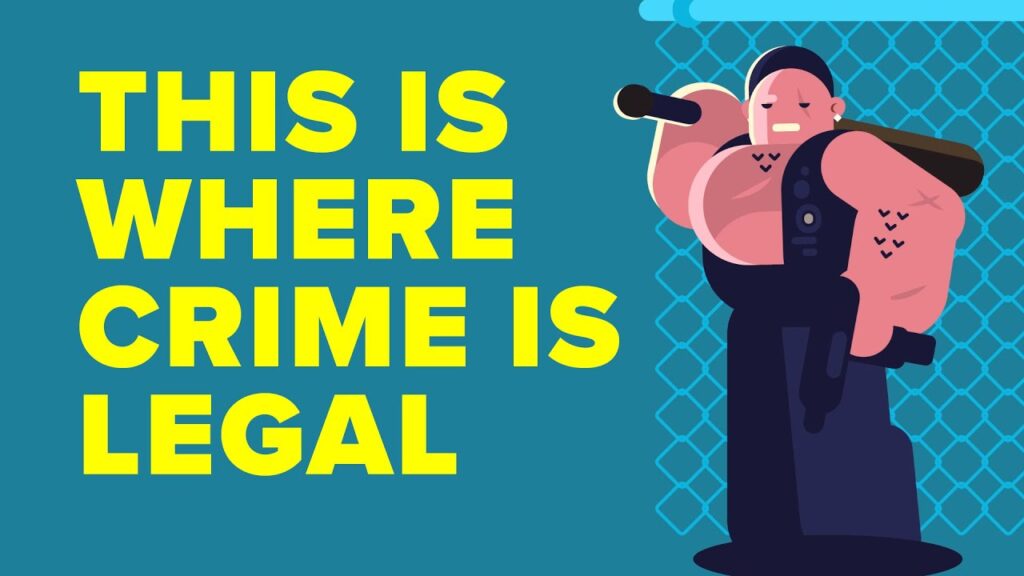 UPDATE 5/30/21: A dangerous tolerance for a New Racism is evolving naturally out of the Leftist worldview of Identity Politics, that longed-for American Civil War II, a chaotic society entirely made up of Victims and their Oppressors. As a late and unlamented BLM firebrand exulted recently, “The white man will not be our equal, but our slave. History is changing. No justice, no peace #BLM.”

So it has come to this: 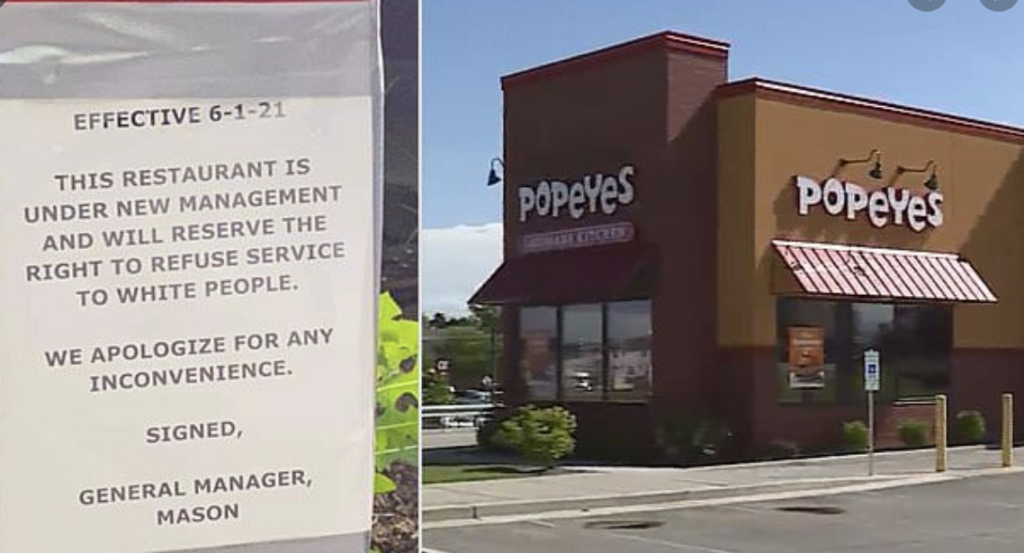 “Bring back racism!” proudly screeches the Woke manager of a St. Louis Popeye’s (named after that spinach-fueled navy vet known for overt displays of male chauvinism and physical White Supremacy. Must change that name!) 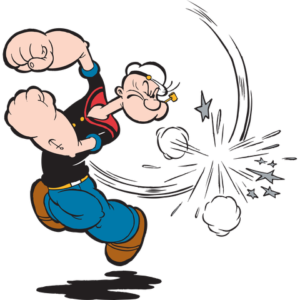 Unfortunately, there might be some legal obstacles to this little commercial exercise in Wokeism. Astute legal scholars have managed to unearth the fine print in our legal history detailing an obscure Civil Rights Act from 1964 that forbids such discrimination. But why should this New Racist care? In his lawless alternate reality of defunded police and canonized career criminals, the working motto is, no matter what I do,  “I’m Wokey, so no pokey for me!” Domestic anarcho-terrorist relic of the 1960’s Bill Ayers poetically expressed it as, ““Guilty as hell, free as a bird—America is a great country.”

UPDATE(4/2/15): With the Indiana “Outrage,” they’re claiming discrimination on the basis of their Political ID’s. The slippery slope is that any of us(including them) could be forced to do business with people we simply don’t like. A personal approach would be to say it’s not their color/sexual orientation/gender that I don’t like. It’s the content of their characters. I wonder if this sort of bullying “gets better?”

ORIGINAL POST 5/8/12: Claiming membership in some designated “victim” club supposedly exempts those members from any criticism: Obama, Sharpton & Jackson are black, so obviously we’re all racists who identify  them as the shakedown artists and socialist gangsters they are; Dan Savage is gay, so obviously we’re all homophobes who point out what as a bigoted little bully he is;  Sandra Fluke is female, so obviously we’re all misogynists who correctly identify her as a freeloading, pathetic wimp; Elizabeth Warren isn’t/never was/never will be a Native American, but obviously we’re women-hating bigots who call her the whiter-than-white Affirmative Action hustler she is. The cover is blown. No more race/gender/orientation/victim cards. They have as much currency as confederate money from now on. Perhaps character content over Elite Victimhood may start to count for something again.