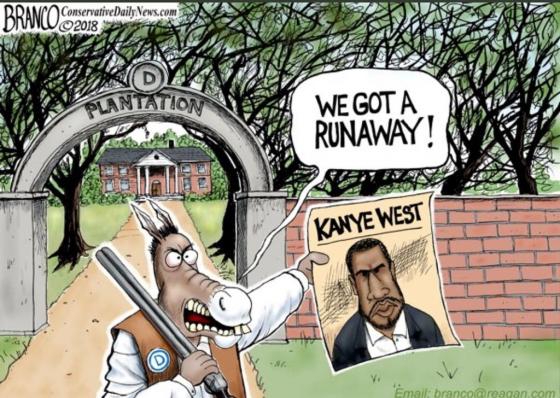 UPDATE 1/12/23: Words have power, and one Black man proclaiming “Victorhood” as his state of mind is a direct blow to the victimhood mindset that has become the core of toxic Woke politics. 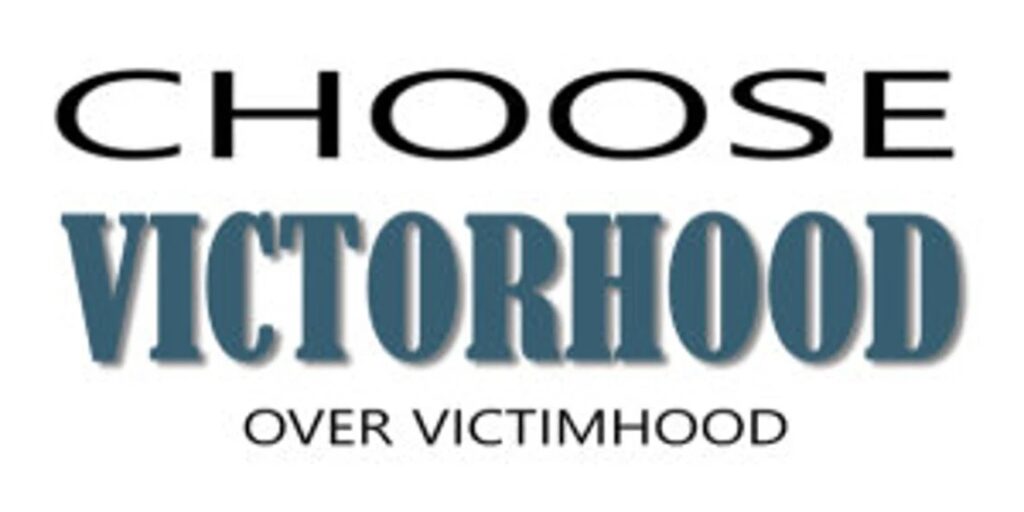 UPDATE 12/19/22: The story of Marcus Garvey is yet another bit of admirable pre-Great Society Black history that promoted self-sufficiency, dignity and pride. 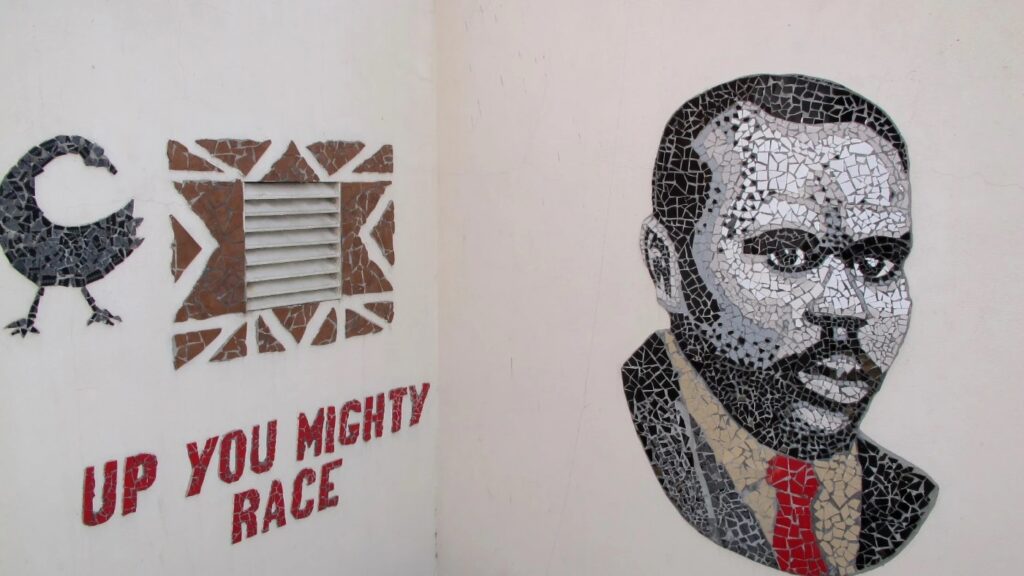 UPDATE 12/11/22: What was once an alliance, a fruitful blending of rich, mutually appreciative Black & Jewish cultures (as given vibrant life in popular songs and the musical theatre of the early to mid 20th century) has become enmity thanks to blind, guilt-driven modern “liberalism.”  One more example of how everything the Left touches, it ruins.

Resentment has long run high that Jews advanced at lightning speed and then, looking back guiltily at those lagging behind, became not champions of individual achievement as conservatism celebrates but patronizing liberals throwing money and useless sympathy at an Identity Group, not specific, worthy individuals. This is the evil essence and the corruption at the heart of Identity Politics that Obama gleefully injected into what was supposed to be a “post-racial” society. Americans were duped into believing he would be The One to solidify a unity that was already well formed and advancing rapidly. On the contrary, he was The One chosen to undo the amazing progress of post-Civil Rights America, aided and abetted by all those Democrat celebs (Black and White) jumping on his bandwagon.

When Blacks were Republicans (like Martin Luther King and Booker T. Washington before him), they were making genuine progress. Then, as [Black writer] Walter Williams lamented, the Dems declared the War On Poverty, effectively buying gullible Black Americans as a voting bloc away from the conservative/Republican principles of Lincoln’s Party. 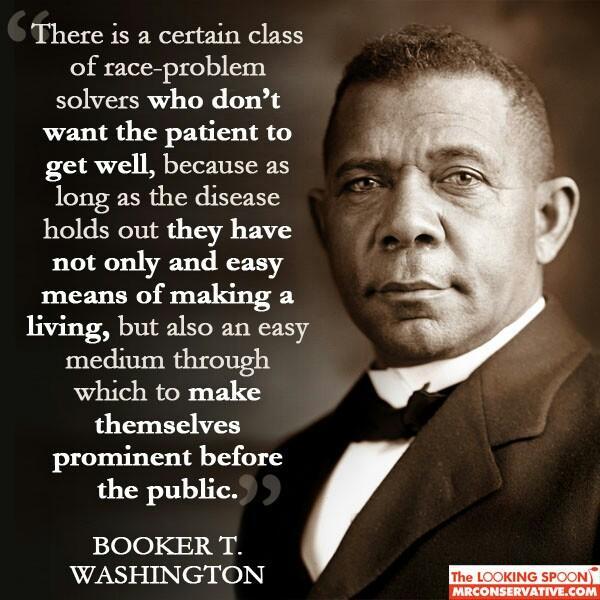 UPDATE 12/9/22: Kanye West and his self-destructive anti-Semitic rant of late is just a distorted expression of long-held resentment by Blacks against Jews. How, the resentful Black asks, have the Jews comprising a little more than 2% of the American population achieved as a group their extraordinary prominence and success while millions of Blacks remain mired down at the lowest levels of society? 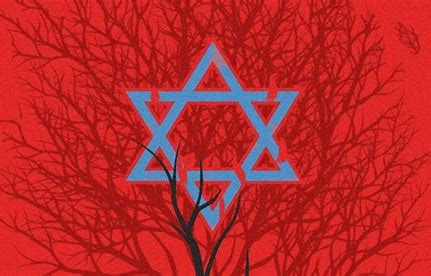 One side of the story is that the Jews have not as a group been ensnared and crippled by the racism of low expectations which they as patronizing liberal Democrats have inflicted on Blacks! The other side of the story is that Blacks bear the responsibility for continuing to allow not only Jews but other Blacks and all Democrats to act as overseers of this perpetuated slavery. Look no further than the Democratic Party to understand how this racial animus between Blacks and Jews keeps playing out to no one’s advantage. Both groups would do well to break the S&M stalemate, leave the Democratic Party and take on individual responsibility and merit as their guiding principles, not Identity Politics.

UPDATE 12/3/22: With his latest mad ravings celebrating Hitler and villainizing Jews, “Ye” has relegated himself to permanently deserved obscurity. What a waste and a cruel disservice to those other Blacks like himself refusing to be obedient slaves on the Dem/Leftist plantation. 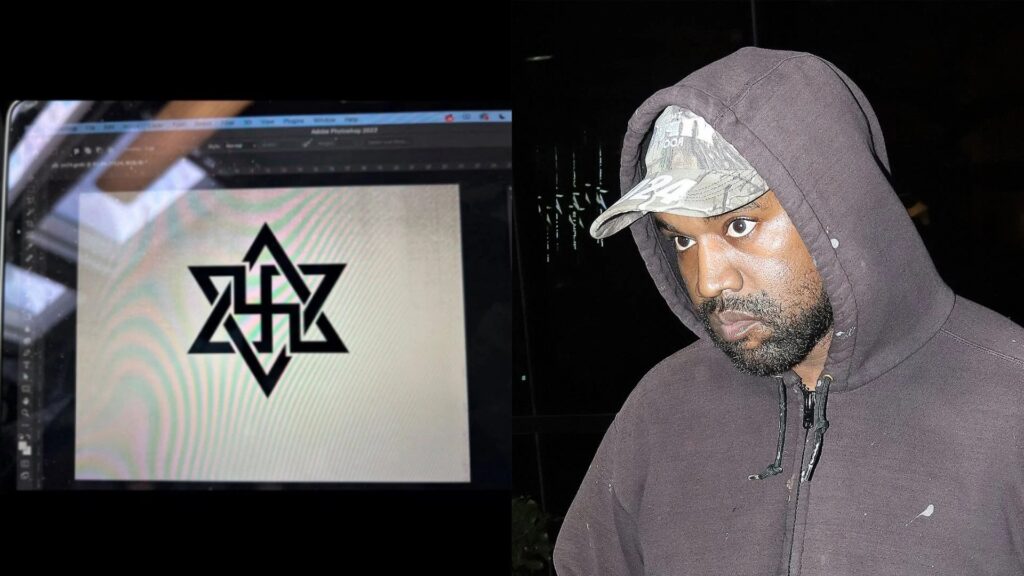 UPDATE 11/2/22: Kanye West is already a target for the Cancelers as a Black man with conservative views. Unfortunately, he has given them red meat in characterizing bad guys not simply as bad guys but as Jewish bad guys. This is a display of ignorance that helps to undermines his overall credibility.  Meanwhile,  antisemitism coming from the Left merits nary a whisper of disapproval. 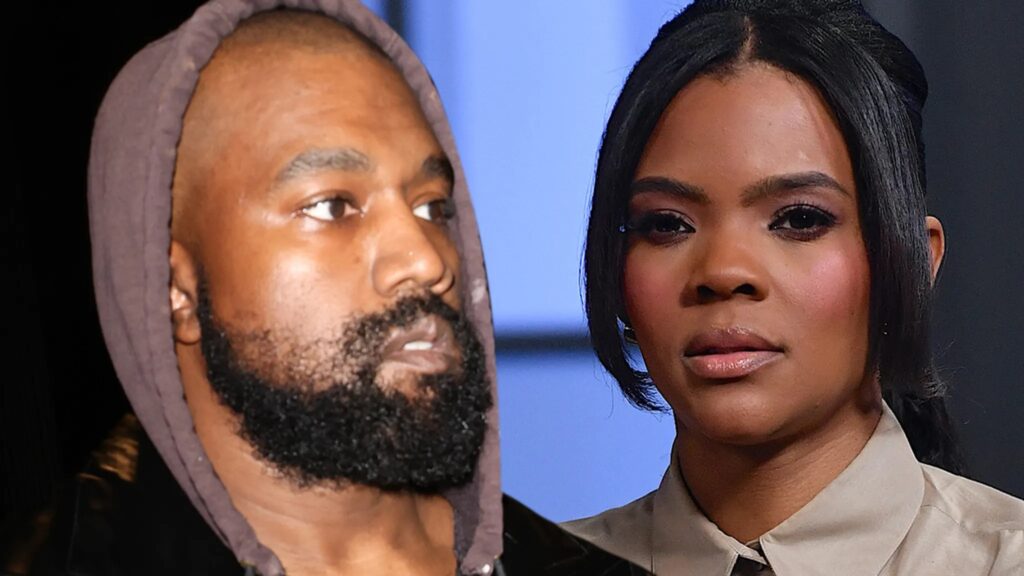 The friendship between Kanye & Candace Owens has everything to do with moving Blacks to a political philosophy that serves their best interests. Her alliance with him is based on his refusal to be one of the Left’s Good Progressive Negros.

UPDATE 10/13/22: The last thing the Left wants is contented, independent Blacks. Or anyone else for that matter. The life’s blood of Marxist social engineering is discontent and resentment. Even Black rappers, originally self-defined as uncivilized outlaws, are suddenly rational when it comes down to things like life, liberty and the free pursuit of what makes life worthwhile for them. 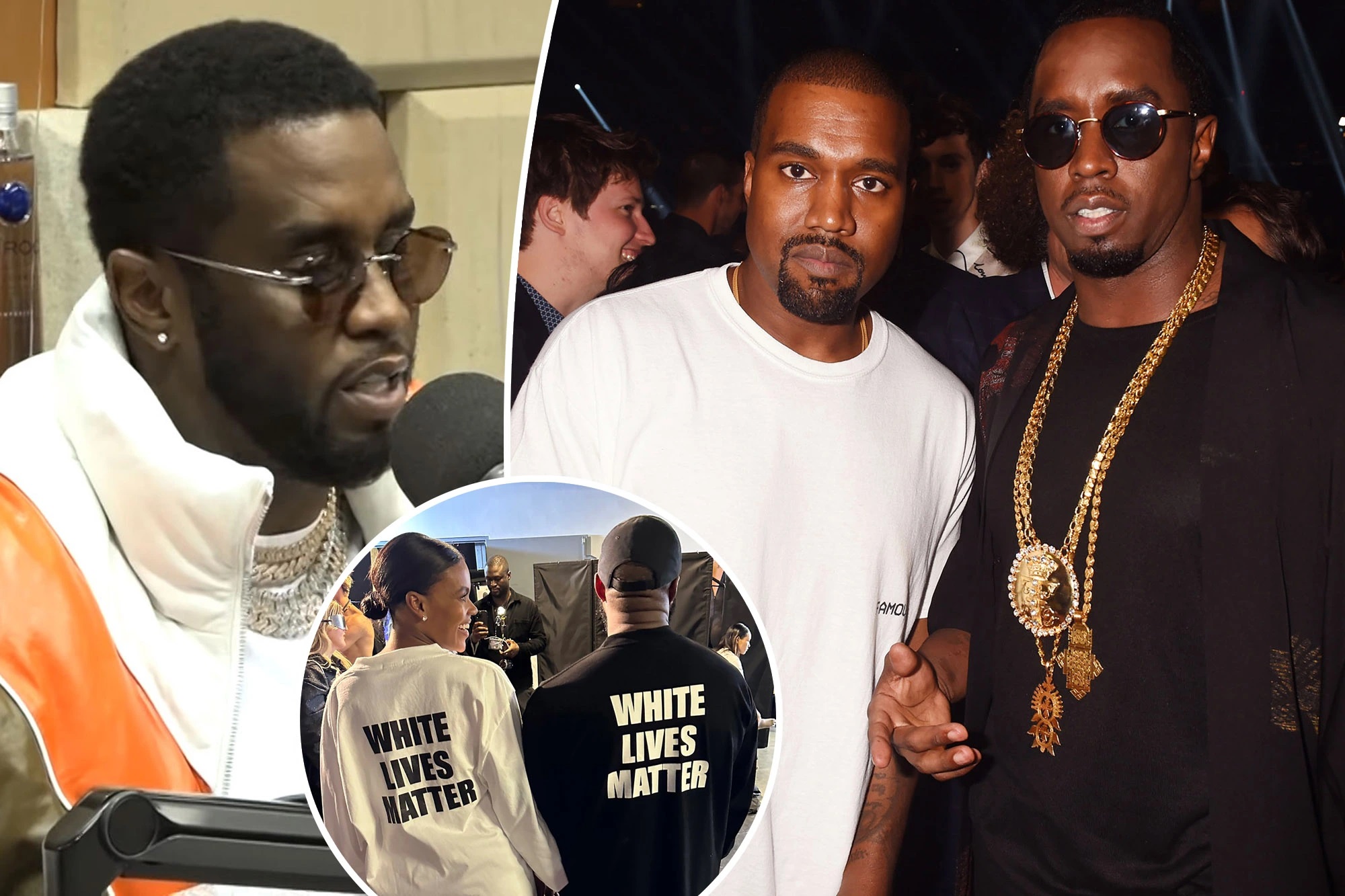 UPDATE 5/14/22: For Blacks interested in what works for them as it works for all Americans, a candidate like Kathy Barnette is the ideal person to represent you, not the Mafiosi that make up the race baiters of the Sharpton/Jackson/Big City Race Pimp variety. 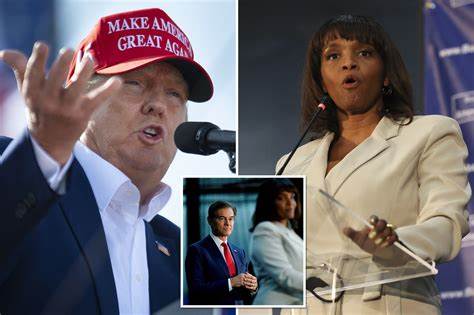 UPDATE 11/5/18: Kanye West gets cold feet facing the reality of moving beyond strong words to positive action. He also probably doesn’t much care for the hatred and destruction coming his way for not toeing the strict lines of Leftist racism.  Candace Owens, on the other hand, remains a stunning, unstoppable heroine in the making.

UPDATE 10/13/18: Stepping up the mockery & humiliation of uppity Blacks (sample Rolling Stone and Vanity Fair) refusing to kowtow to their Dem massuhs, the MSM goes full racist on Kanye West and his literal & political embrace of Trump…and the real solutions his policies offer Blacks and everyone else. Black voters, walking away, is driving Dems to desperate measures.

UPDATE 10/10/18: It is no surprise that free-thinking Blacks like Kanye West & Candace Owens are objects of scorn and racist taunts from (Black) eminentos of CNN. Once again: it’s not about Blacks. Or Gays. Or Women. Or genuine victims. It’s ALL about toeing the Socialist/Prog line.

And what does she think? Watch this Prager U video and a few of her entertaining, funny, profoundly serious YouTube shorts.

Strikingly clear-headed, attractive, visible personalities like Owens spell disaster for a political party offering nothing but one more generation of misery…and another one after that. But no longer. A prominent admirer of Candace Owens like rapper Kanye West resonates to her exhilarating message. He, like her, has tasted the joys of self-reliance and rejects the trap of government dependency. More are refusing to play the blame game and insisting on being treated as merely equals, not entitled victims. Add to that record low unemployment for everyone in a Trump-driven free market, and it’s very bad news for the Progressive slave masters undermined by one rapper’s power to influence his millions of  social media followers. After being locked away from the notion of life, liberty, pursuit of happiness, one can only hope that the vital message of individual responsibility and a persistent willingness to fight life’s battles  also gets through. No more Victims. Now Victors! Winners! Get the message?

Another rather astonishing development is a recent statement by Radical Islamic fanatic Louis Farrakhan, praising Donald Trump for “destroying every enemy that was an enemy of our rise.” This historically unsavory source notwithstanding, if more Blacks are influenced to take on the rational, responsible road to self-improvement that Trump’s free market policies provide, there is great cause for optimism.

Naturally the more Blacks leave the plantation of patronizing Dem dependency, the more strident and louder the hysterical shrieks of Racist! Bigot! will be from the usual dark, dank places where dwell the sorry dregs of Dem leadership. Rising, self-reliant people of any color are career-enders for the Obamas, the Clintons, the Schumers, the Pelosis, the Jesse Jacksons and Al Sharptons, all grown rich, fat and powerful on the backs of the permanently weak, helpless, dependent. 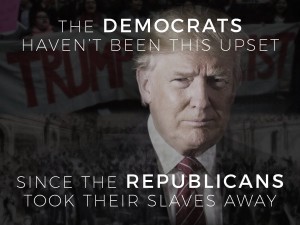 And the Great Day!, the Great Gettin’ Up  Mornin’ promised in those thrilling Negro spirituals may be in the offing. Yes, there is a Second Civil War raging, and with follow-thru, a Second Emancipation may be the result, throwing off the chains of dependency first placed upon millions 50 years ago by a political Party determined to “have those niggers voting Democratic for the next 200 years.”