UPDATE 6/10/21: And then they came for the suburbs. Too bad for you slobs who worked and slaved to get out of the Inner Cities and provide a safe, decent life for your families. 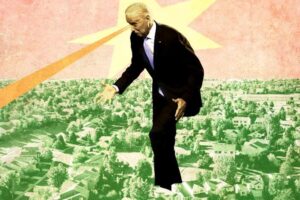 UPDATE 6/5/21: Suburban neighborhoods of one-family houses have long been the dream of intrepid souls fleeing the government dependency, public housing and rampant crime of the Inner Cities. Now that shot at the good life is being  targeted by the current administration for re-zoning. Goodbye American Dream house, hello “Affordable Housing” aka crime-ridden welfare ghetto plantations, coming soon to a small town near you. 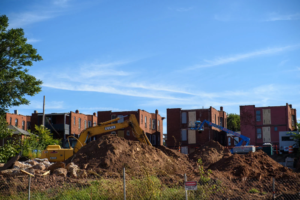 UPDATE 8/2/20: The cities are lost, being deliberately laid to waste by their Dem administrations and their Leftist fellow travelers. Next stop for the Marxist revolutionaries: suburbia. Attention, affluent small town, propertied socialists cheering on the “protests” in the cities: don’t say you clueless NIMBY hypocrites weren’t warned that these things tend to come ’round and bite you in the ass.

ORIGINAL POST 1/26/20: If there is one central, unifying element of Leftist thinking, it is “master planning,” control. Rather than a society of free, independent individuals protected from one another’s follies by a few basic, commonsensical laws, the Leftist craves the control of a Top Down, centralized, societal blueprint. They know better how to create a “fair and just” world. The natural inequality of human beings despite the same natural rights at the starting line is intolerable to Leftist thinking. Control is the only tolerable antidote. In reference to Leftist motives, did I mention the word control?

With Trump’s election and roaring resurgence of the American free market economy and entrepreneurship via low taxes and minimal regulation, the equal & opposite reaction of Leftist Master Planning has gone into manic overdrive in the Democratic Party: wild, multitrillion-dollar promises of Green New Deals, Medicare For All, blanket forgiveness of all college debt, Everything For Everyone…and costing you not a cent! But it will cost you your liberty.

The variety of approaches promising Utopia is a veritable rainbow of fraud, each one designed to bribe or scare people into giving up freedom in exchange for security, safety, survival!

One particularly insidious approach is that of “density ideology,” American state/city/federal zoning from on high of who lives where and in what politically correct demographic concentrations. Naturally, such “Progressive” social engineering and regulation has empowered and enriched a chosen few master planners while homelessness is exploding as a result. Think California, once beauteous, now befouled San Francisco in particular.

And, if the Progressos are to have their way, the rest of us are to be moved about like inert beans on a board. One may have struggled and worked mightily to escape a ghetto of poverty and crime, living the American dream alongside other worthies of every color and background…only to find the very element you thought you had left behind plopped down randomly by judicial decree right next door. All in the name of “Equality” and “Fairness.” Why shouldn’t that deadbeat welfare cheat drug addict slob be allowed to crash in your neighborhood? 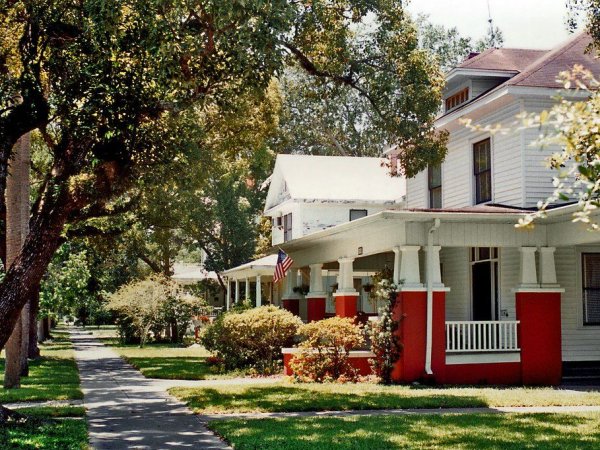 All perfectly legal of course if people in towns and cities across the country allow themselves to be duped at the voting booth by the same old sweet-sounding promises proffered by the same old pious hypocrites. The packaging of said product varies, but the smell should be immediately recognizable.