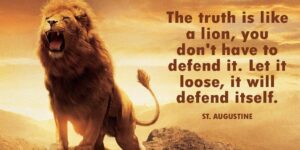 UPDATE 11/2/23: Imagine a world where the so-called conspiracy theories dismissed as “misinformation” turn out to be true. Enjoy the thought of these ten spiked/suppressed stories (J6, vaccines, Paul Pelosi, Ukraine, China, WEF, +++…) seeing the full light of day in the next year. And for general clarity and sense of purposeful direction, keep Sharyl Attkisson’s list of 11 hard truths and points of focus on your radar at all times. 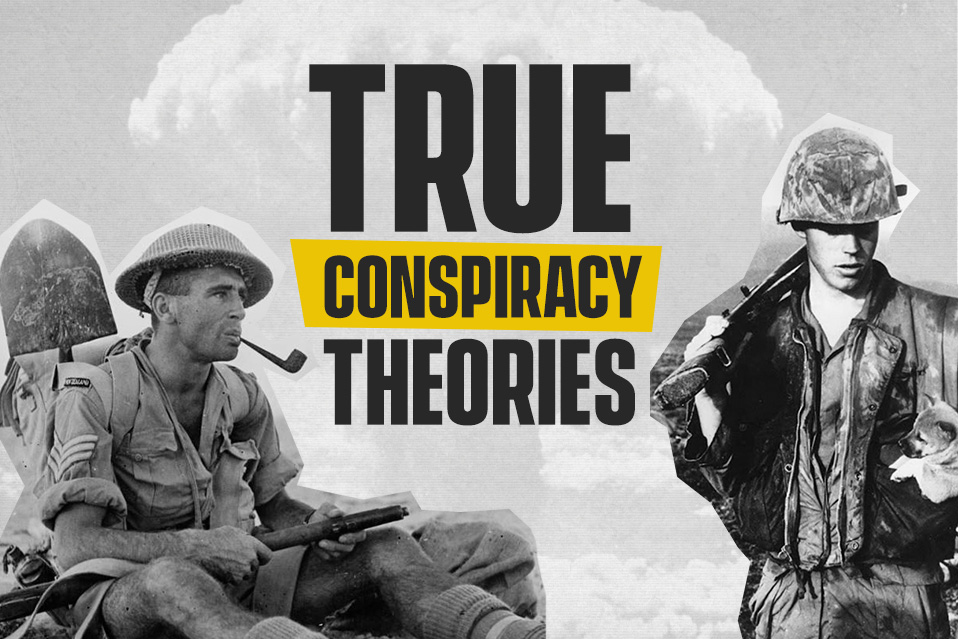 UPDATE 12/23/22: Contrary to what Kiwi Covid tyrant Jacinda Jardern insisted about her government being the single source of truth, one can put money on the likelihood that everything coming from the present American administration is a lie.

UPDATE 12/18/22: It seems objective reality is making a roaring comeback with boundless thanks to Elon Musk and his jaw-dropping dedication to making his immense personal power a weapon for truth, justice and the American way. The FBI/CIA connection is just one long-darkened spot now coming into the light providing startling revelations and evidence going back even to the Kennedy assassination. We now even know that LBJ was actually a member of the KKK which has certainly never been common knowledge. This is hardly a surprise to those of us never terribly enamored of that bigger-than-bigtime political opportunist from Texas who gave us The Great Society and is credited with exulting to his dubious Southern supporters, “We’ll have those niggers voting for us for the next 200 years.”

We pray this truth-telling of a freed Twitter birdie becomes a like a Hitchcock nightmare pecking away at those manipulating us from the shadows. Only such a conflagration of facts and objective scholarship can set America firmly back on the course from which it has dangerously deviated for most of our lifetimes. 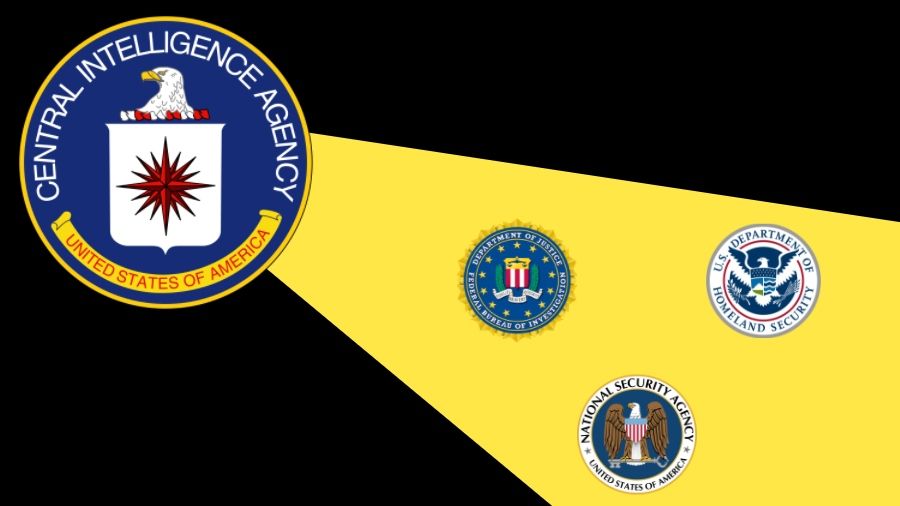 UPDATE 11/5/22: Experience teaches us that things need to hit rock bottom before a sleepwalking public wakes up to the consequences of not trusting their own survival instincts. If elections predictions are correct (not to mention public actions being taken all over the country), they are responding to the truth rather than to what the “experts” tell them is for their own good.

UPDATE 9/19/22: Truth is the great unifier. Conversely, in its absence when a whole society swallows lies whole, it is the great divider. 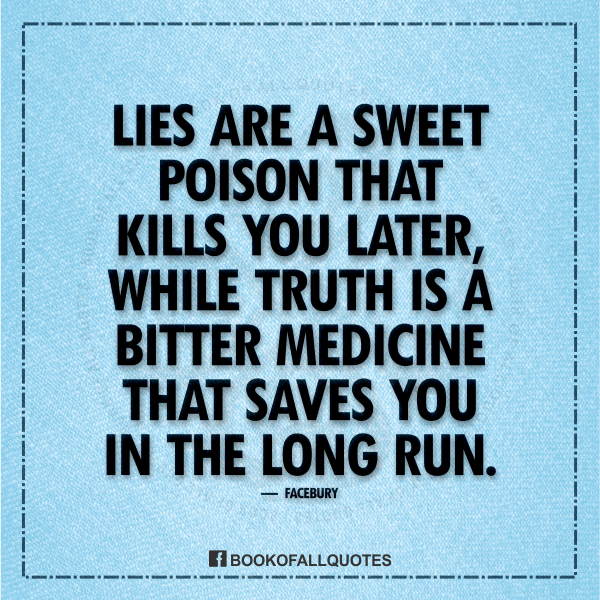 UPDATE 9/6/22: Science is our tool for finding the truth, not “your truth” or “my truth.” The truth. In these truly mad times, objective reality as determined by real science is regressing to a primitive state, the newly skewed, politicized view of weather (global warming) and biology (gender spectrum) being just two examples. Follow the real, objective science, not the compromised, all-too-human scientist. 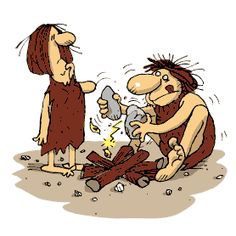 8/28/22: What’s the solution when one town legitimately wants to remove a mural celebrating notorious anti-semite Louis Farrakhan while simultaneously protesting the erasure of anyone the Left has deemed even minutely “un-Woke?” This is a battle between the nonsense of “my truth” vs. “your truth.” Are we so far gone that there is no common agreement about good and evil, right and wrong, objective truth? The courts from small town on up to The Supreme are compromised and under attack. Who and what decides? From whence cometh my help? 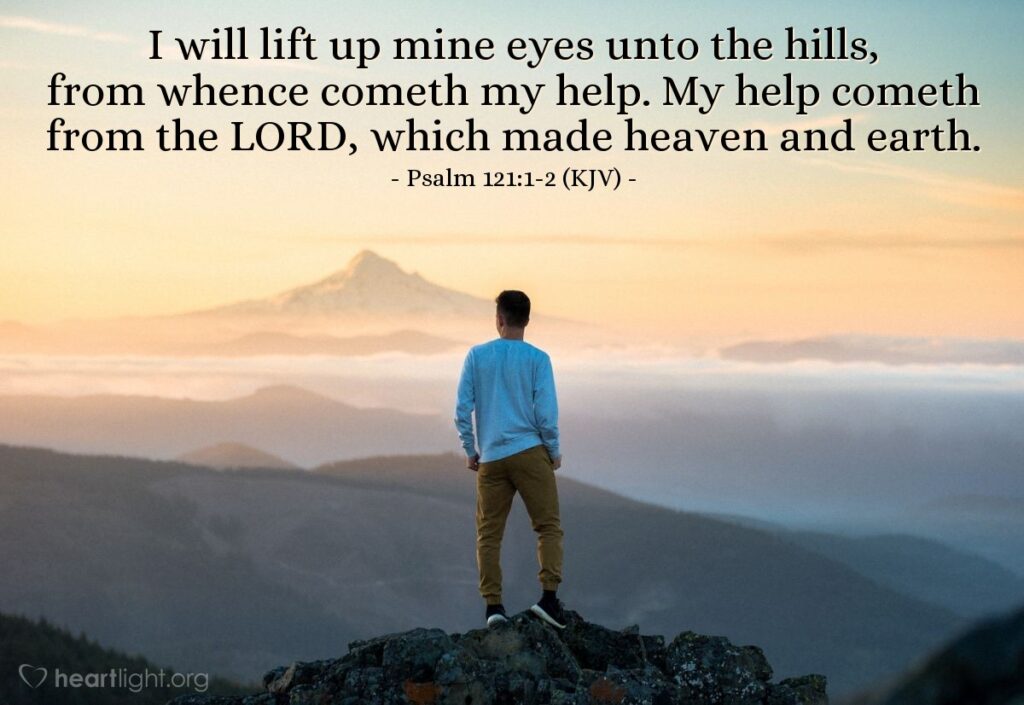 Even the avowed agnostic and atheist must face the full meaning, the life-and-death importance of being a nation of laws, specifically “one nation, indivisible, under God.” Good people are His emissaries on earth. Quite the responsibility…and the only sure path to salvation in this life and whatever is to come.

UPDATE 8/27/22: As mad and bad as things are, there is the often unacknowledged presence of truth and good character that will always be the glue holding us together. 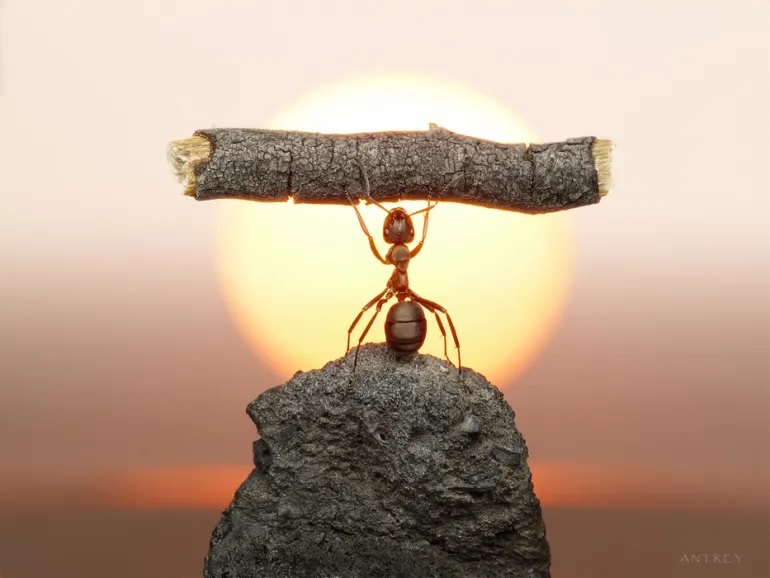 UPDATE 3/1/22: Finding common ground is a hard-earned blessing, particularly nowadays as political factions worldwide are deliberately polarized. Cal Thomas has written this week very movingly of his bond with Bob Beckel, a simple human story well worth a read. 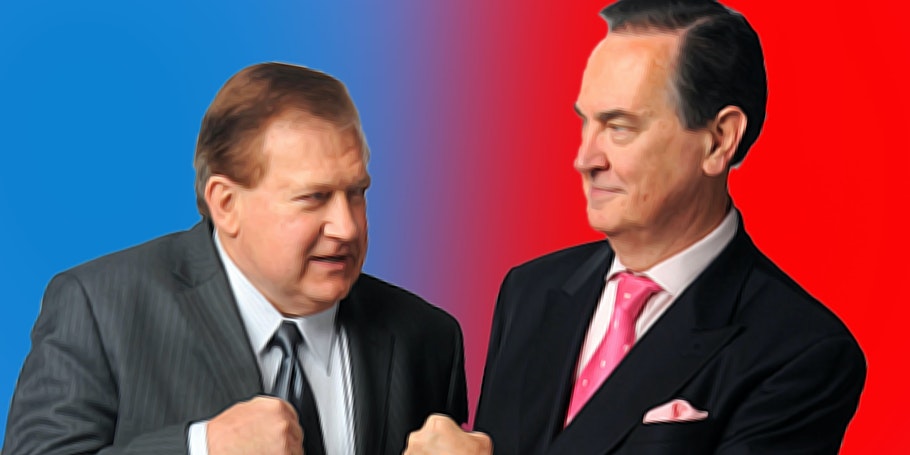 UPDATE 2/17/22: There’s comfort in witnessing a slow but steady unraveling of the Covid narrative, but for many there is still confusion about where to gain the full truth of the real science and of the scandal that has ensued. Start with The Great Barrington Declaration, then follow more of those without a political/financial agenda. Thankfully, they are numerous. 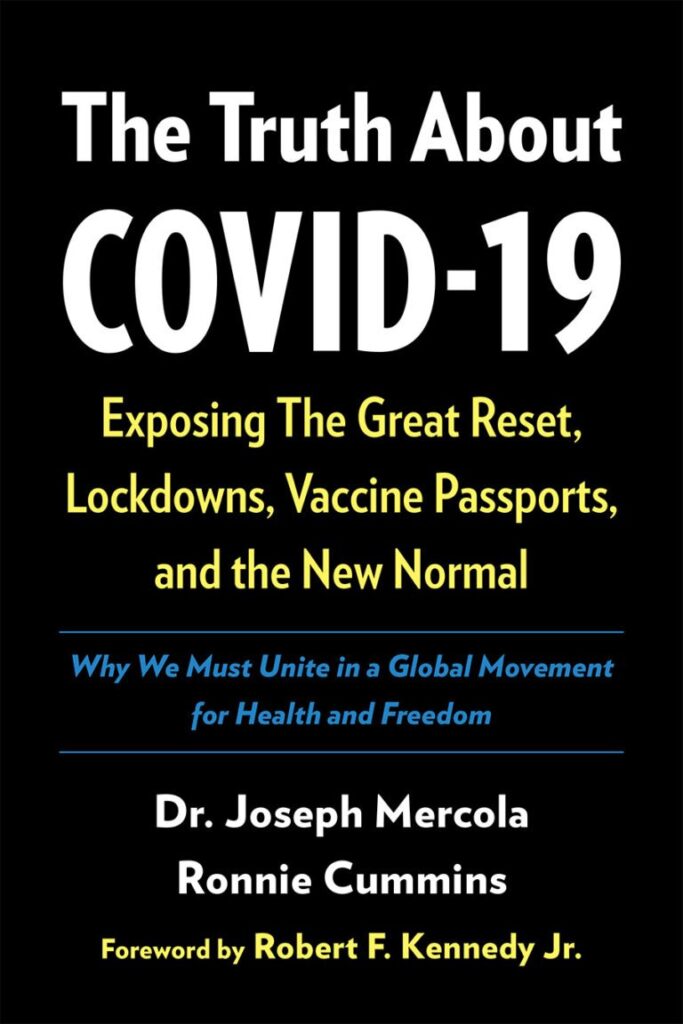 UPDATE 1/15/22: For those self-styled “intellectuals” who view their relationship with the New York Times like a religious source guiding them into what’s true in this world, there is a terrible shock & reckoning somewhere in their futures. Admittedly, some will only awake from their Wokeness in the Afterlife.

UPDATE 10/1/21: Since we are being sensory overloaded with disaster every day from BIdenworld, one gratefully welcomes the concise Cliff Notes edition of this epic horror film script. Merciful are just a few, clear words keeping the nausea and vertigo at bay while still allowing us to retain some grasp on things. For the masochistically inclined hungry for more specifics, feel free to float around in the bilge that is our political ether these days. But do take a good, sturdy paddle, trusted herbal remedies and a hazmat suit. 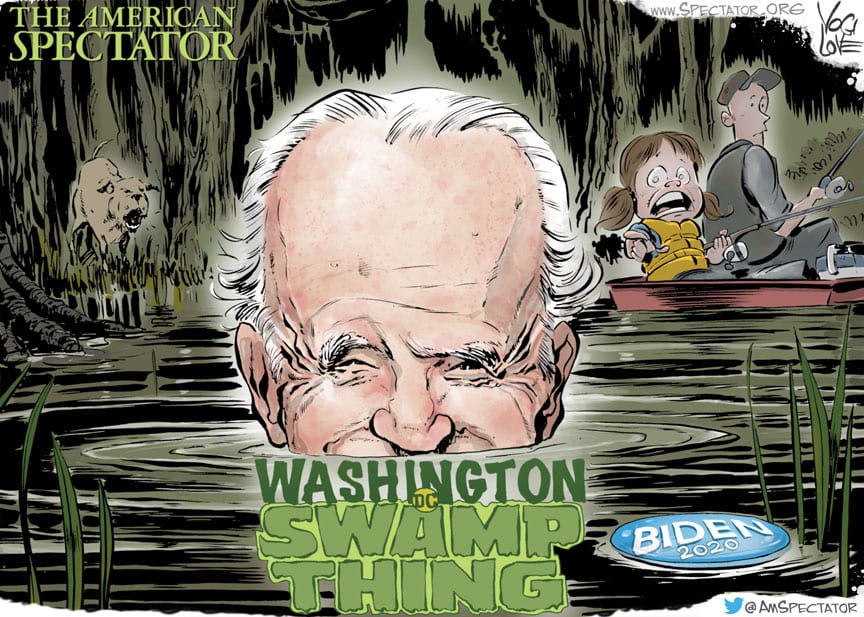 UPDATE 9/10/21: To go by the events of only the last week or two and the string of self-inflicted wounds, America as a great and free country is really on the ropes. To think otherwise is sadly delusional, but one still needs to think optimistically and act decisively. What do you have to lose? Better to die trying than succumb passively. 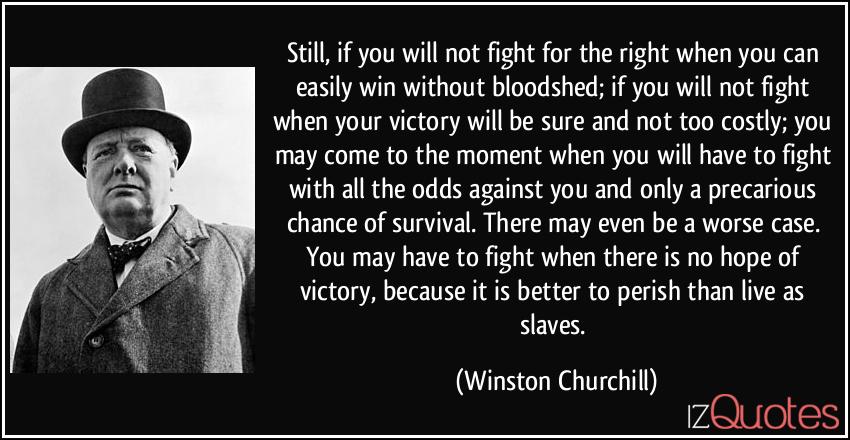 9/4/21: Truth, science and its credibility in the eyes of the general public has proven to be a primary casualty of the CoronaCraze thanks to its accompanying plague of “experts.”

UPDATE 8/7/21: Listening to Arthur Clarke’s remarkable 1964 predictions involving instant global communication in the 21st century is inspiring. As he foretold, one can do virtually everything from brain surgery to shopping without leaving one’s own living/working space; and travel about the planet is “just for pleasure.” One only hopes that our Leftist Master Planners ultimately fail in their plans to rob  us of all the pleasures of free movement and association on the pretext of “safety” or the next manufactured “lockdown” crisis. 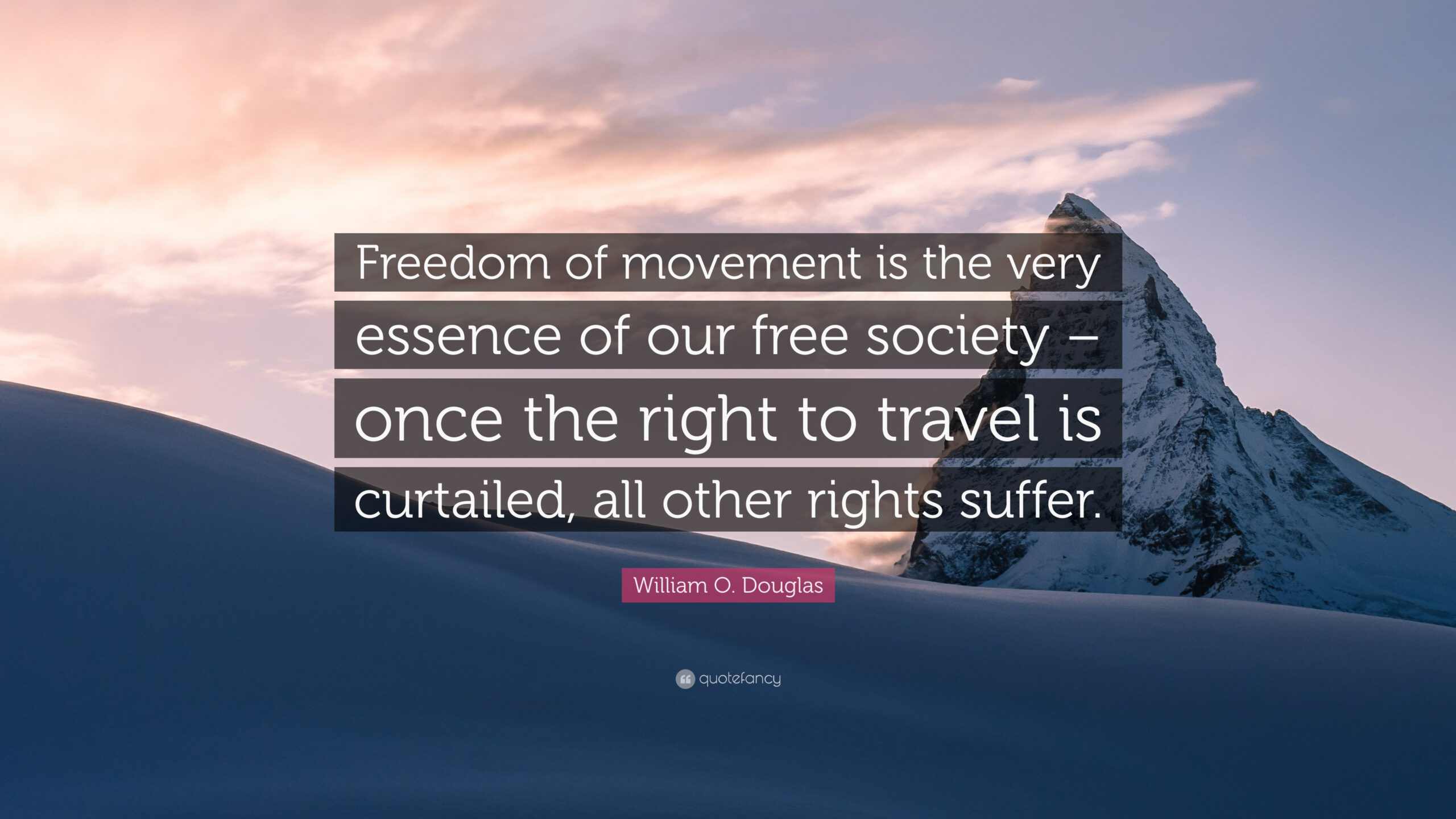 UPDATE 7/27/21: Under what better category to pay tribute to a great comedian but Truth, The Great Uniter. This is a site attempting to stand athwart a world plagued by lies, treachery, power lust and cruelty  and the resultant suffering humans suffer at the hands of one another. That said, the need to laugh and handle God’s joke on us is paramount. Jackie Mason had that special comic gift that conveyed itself in the anxious, shrill, high-frequency rant uniquely the possession of a first generation American Jew. His passing and that of the irreplaceable sensibility at the core of his artistry is cause for profound regret. 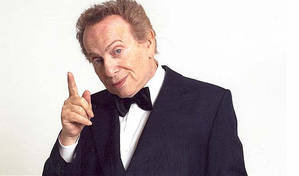 UPDATE 6/18/21: No easy task seeking out and speaking truth in the today’s cultural atmosphere poisoned almost beyond tolerance by criminal, malignant ideas masquerading as “politics.” Such toxicity unchecked and unopposed spells the death of what used to be called common sense, commonly shared truth that should be guiding a society of rational people. We are choking on very bad, evil ideas.  Naturally, any dissent to these wicked concepts is projected as censorship by the selfsame liars whose only mission is to stifle the truth. Whither common sense.  Little mystery it’s missing in our elected idiots but what of The Common Man who put them in power?

We cannot survive as a society or as individuals on a cultural diet of lies. Either the truth becomes the norm routinely putting lies to flight, or we perish as from an unchecked cancer that spreads and kills. 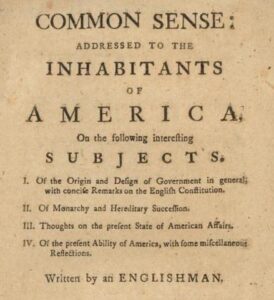 ORIGINAL POST 1/17/21: Amazing how destructive divisions between good people cease to matter when telling the truth is their shared highest value. In that is our salvation and greatest hope…and the most powerful weapon against those who would enslave and destroy us. 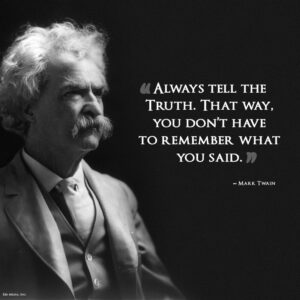 UPDATE 1/19/21: Numerous court cases regarding election fraud remain to be tried. If we are fortunate enough to have the courts, at all levels lowest to highest, do what they did not do prior to inauguration, will the Biden administration be legitimate? And if not, what then?

ORIGINAL POST 1/18/21: Funny how a little word like “truth” keeps coming up as we grasp at whatever straws our conservative minds can come up with in response to the tidal wave of lies. We live in a state of foreboding, our worst fears realized as we face the likelihood of  a totalitarian, Orwellian reality like none we Americans have known. Free speech is under severe attack and even pronounced dead in too many corners. Many of our longtime friends, neighbors, relatives are gone from our lives thanks to the Obama legacy of Identity Politics, the deadly virus of permanent civil war and strife  injected into our national bloodstream. The germ of that virus is The Lie, small and large, that with repetition has taken on cancerous life in our system; and those of us intent on survival do not have the option of denial. In civil disputes our recourse has always been our justice system, now apparently moribund thanks to craven complicity and capitulation at the highest levels. Is there an honestly run courtroom left in this land where we can state our case? Is our only choice mass acceptance of tyranny? Leftism is now the mainstream opiate of the perpetually disgruntled masses. 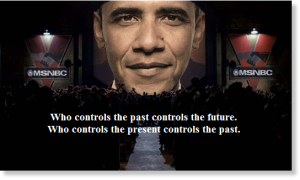 What’s now is that we are about to suffer through the equal-opposite reaction to Trump’s remarkable presence on the scene, bashing his way gloriously through the red tape, inertia and just plain nasty intentions of traditional politics to real results. His effectiveness has exposed the enemies of real progress (the Left and the bitterly pointless NeoCon RINOs). Their vengeance will not be kind or amenable to reason and logic. Lesson #1 is that reason and logic have little or no use against those who would rule and destroy us.

Positive results and solutions are totally irrelevant to those religiously devoted to the nihilism of the Marxist vacuum.  Everything true, logical, healthy, freedom-loving runs contrary to who they are and what they plan for the rest of us. 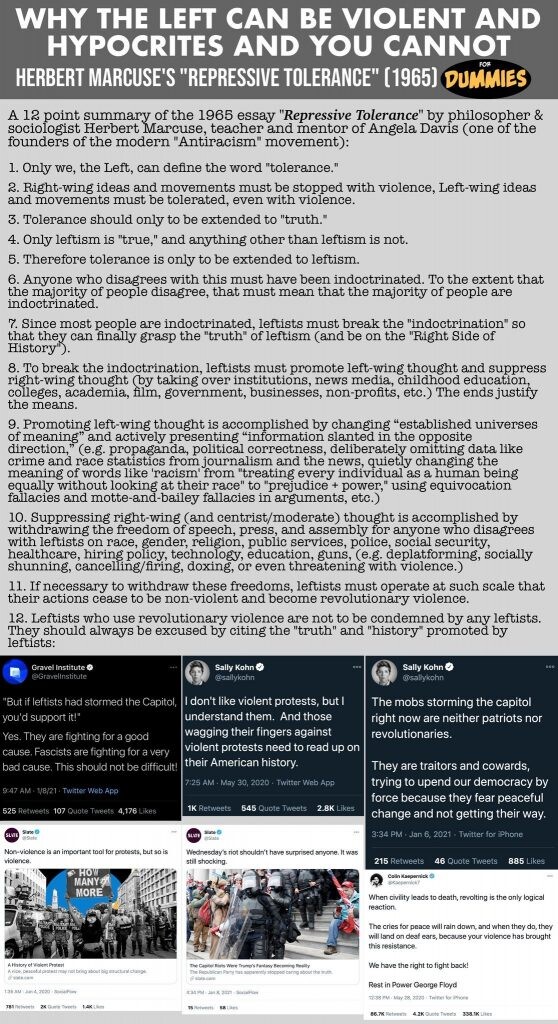 The truth is that, denied our judicial system,  truth as lived by millions of individuals has never mattered so much. Given the survival of individual free will and basic material resources, each of us still has the power to state our case and prove it over the long run. In the short run, we are about to live through a new heyday for the Master Planners. Government’s heretofore limited presence in our lives is very likely to go into overwhelm in the Communist Chinese mode. No longer will there be any pretense of following the fairy tale of the benign-sounding “democratic socialism” of Scandinavia but, instead, the quietly brutal Red Chinese model. The totalitarian dry run known as mass lockdown is, in origin and response, start to finish, Made In China; and our incoming nouveau-riche First Family is not known as the Beijing Bidens for nothing.

This is not cheery news,  particularly with the stepped-up crackdown of Big Tech/DC censorship on Trump and his supporters. On the other hand, human freedom and ingenuity will not rest, springing up like the grass that won’t stop growing through cracks in the pavement or London’s fire flowers. New independent, rogue technology evading the Big Tech monsters is already sprouting up. And as of this week, Facebook and Twitter (according to one source) have shown a massive ($51 billion!) loss in stock value. Even the soulless multibillionaires running these tech leviathans have reason to be concerned. When all is said and done, they are still reliant on the passive cooperation of those “dumb f-ks” (Zuckerberg’s term) stupid enough to consume their products.

Likewise, if those 70+millions of common sensical Americans remember for whom and what they voted, we have a future. 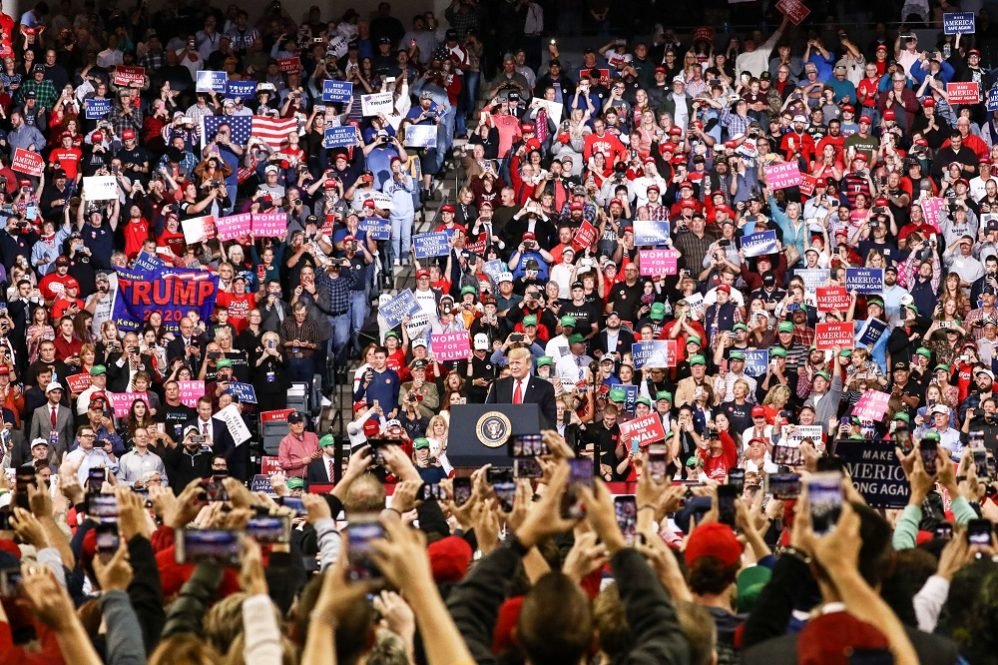