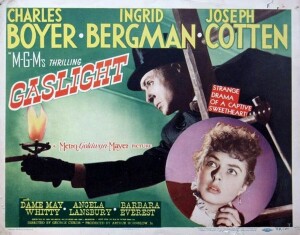 UPDATE 10/15/21: Trillions of dollars in “Building Back Better” costs zero?  Something good “For The People?” Tell us another one. 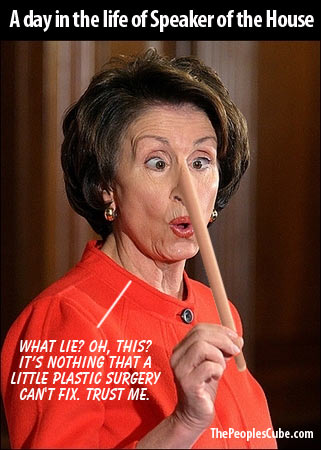 UPDATE 9/8/21: In an earlier post roughly a year ago (8/9/20) I made note of ” a certain old racist coot being offered as the mentally competent (and COMPASSIONATE) candidate for one of the two major political parties. And yet millions will vote for him.”  And now, a year later, America and the world are being gaslighted by the surreal horror show known as the Biden administration as disaster piles upon disaster, and we are matter-of-factly informed  that we are witnessing “an extraordinary success.”

Our curse is the willingness of millions to believe not what they can see with their own eyes, but simply what they are told to see… 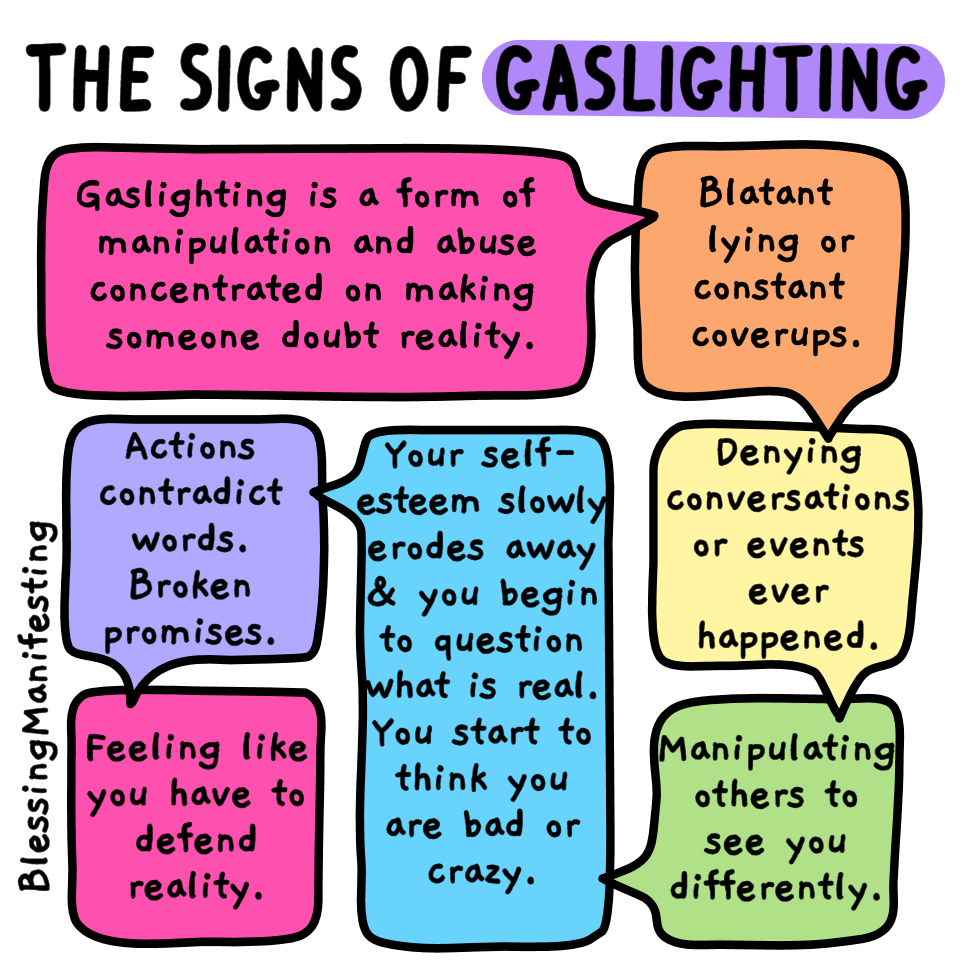 UPDATE 1/31/21: The Nobel Committee has nominated domestic terrorist organization Black Lives Matter for their once-prestigious Peace Prize, shared in more recent Orwellian times by such noble “community organizers” as Yasser Arafat and Obama. Am I crazy? Is this The Babylon Bee satire I’m reading? No. You’re being gaslighted. For further inspiration and unexplained migraines, peruse this documented list of “peaceful protests” gracing our national scene almost daily from the Left since Donald Trump rode down that escalator.

UPDATE 10/6/20: The art of distraction, sleight of hand [Look! Over there!] has become so commonplace in the Dem/Leftist MSM that people are liable to believe….anything, however false. Today’s Democratic Party proves it. 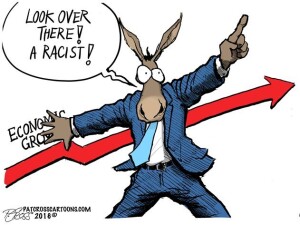 UPDATE 8/13/20: The forced isolation and masking of Americans en masse, separating people from their lifelong realities of life, liberty, pursuit of happiness=gaslighting as The New Normal.

UPDATE 8/9/20: One more not-so-small thing that isn’t so: a certain old racist coot being offered as the mentally competent (and COMPASSIONATE) candidate for one of the two major political parties. And yet millions will vote for him.

ORIGINAL POST 8/9/20: In the 1945 MGM classic film thriller, “Gaslight,” suave, charming and oh-so-evil Charles Boyer is slowly driving poor Ingrid Bergman mad by making her question her entire perception of reality. Things she knows are so are repeatedly made to appear not so. Her trust in her own knowledge, reason, personal experience is undermined, and before Joseph Cotten finally comes to the rescue, she’s about to teeter over the edge into the mental abyss, never to return. Thus the term, “gaslighting.”

Our politics, fueled daily, minute-to-minute by the Left and its faithful drones of the Conservative-hating MSM, have become one huge exercise in mass “gaslighting” allowing the Left to insist, scream, plead, insinuate, demand that what rational people know is so, isn’t so. And we witness a country full of otherwise rational people embrace lame-brained ideas and policies that will kill or at the very least enslave them and those social victims they claim to champion. Real solutions to real problems are repeatedly made to appear false, even dangerous; and eventually people are willing to believe that 2+2=5. 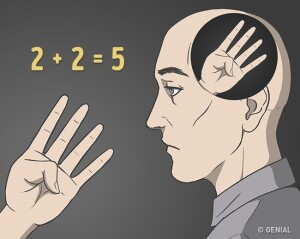 Are you to believe what you’re told or your own lying eyes? For tens of millions of willfully blind Dem Party loyalists, 2+2 IS 5…if those pulling the strings decide thus.

President Trump calls on Ukrainian officials to look into provable, blatant financial corruption by VP Joe Biden’s fair-haired boy Hunter. For POTUS’ trouble in pointing this out, he is impeached by the partisan Dem House for reasons as fictional as the so-called “Russian collusion” while the illegal influence peddling of the sitting Vice President’s offspring is totally ignored. [The rational onlooker rubs his eyes.]

Democrat mayors of major US cities allow, even encourage “mostly peaceful protestors” to burn, level and loot the homes, businesses and public buildings of their respective domains (not to mention physical assault on the citizenry), all pretty much meeting the definition of the term “domestic terrorism.” As local law enforcement is defunded, curbed and undermined, the Federal government is compelled to quell the violence and protect the public and property. At a farcical Congressional hearing on what Dem leadership deems “police state” tactics of the Fed restoring order, a video of the mayhem in question is shown. One of CNN’s star stooges Jake Tapper calls on those Republican showing the video to apologize to reporters for showing the video. Making honest, upright reporters like himself look bad without “proper context.” The wanton destruction depicted is ignored. [Wha’?! We shake our heads in wide-eyed wonder and disgust.]

Not for the first time in both recent and long past history, a lethal virus hits the world, but in unprecedented panic, the entire society is shut down. Responsible leadership encourages all preventive and curative options be explored. The long-established (and inexpensive) drug Hydroxychloroquine (HCQ) used for decades as effective medication for malaria among a number of other serious ailments is mentioned by President Trump as a hopeful antidote. Not only is the reaction scornful from the usual suspects but mere mention of the drug and its documented success both present and past are censored on social media, and every effort to find a solution via information or availability of the drug is criminalized by predictably Dem officials. [But…but…I thought curing this nasty thing was what “we’re all in this together” for.]

There is NO fevered issue or demand emanating from the Left that won’t elicit the same bewildered reaction from the rational. The ever-profitable Racial Grievance industry has been joined by up-and-coming Transgender, Inc. based upon the premise that a boy can be a girl and vice versa. Million$ to be made there. Ditto the Climate Clod scam. Get rid of fossil fuels, and The World Will Be Won (One?).

Kindly President Reagan stated “It isn’t so much that liberals are ignorant. It’s just that they know so many things that aren’t so.” In these times, survival depends upon  how aggressively the majority of Americans make the effort to distinguish lies from facts.

The virus of lies from the Left, currently upon us in unusual intensity, is only as dangerous as the mass “suspension of disbelief” by the feckless, unthinking fools among us. Analogous to HCQ in countering the even more deadly gaslighting plague is daily intake of the truth, as distilled only in the laboratory of free speech and diverse ideas.

16 Replies to “The Gaslighting of America”