UPDATE 6/4/22: Where are Gary Cooper and John Wayne?  For that matter, whither Barbara Stanwyck and Katharine Hepburn? They do, in fact, still live large in all those “good guys and gals with guns,” civilians armed, trained and prepared to risk life & limb to protect themselves and others in the line of fire. Uvalde cops were ordered to abandon their sworn duty to protect the public, and those in command went so far as to order forcible restraints on parents determined to save their children in the absence of any police action. One woman named Angeli Rose Gomez, initially handcuffed, defied those orders, climbed a fence to enter the school and rescued her own children and now faces repercussions for talking to the media.

This travesty is the result of a deliberate dismissal of the individual’s primal instinct to protect one’s self, family, property, country as the highest of virtues. Coop, Duke and other heroic figures of the cinema were just actors and all-too-human as people, but the images and the noble qualities they once projected from screens out to countless millions as the norm are the bulwark of a civilized, lawful society. Men AND women of this caliber are now excoriated as purveyors of, among other insults, “toxic masculinity.” Without them, we face conquest by the ever-present barbarians (within and without) who will destroy us in the absence of armed resistance.

UPDATE 6/4/22: People in touch with reality ultimately have only themselves to consult when taking on this world. The loss of the individual’s own sense of value and importance is society’s greatest problem, the basis for those mass movements that enslave and kill. David Mamet, a true maverick, is one of the few worthwhile intellectuals of prominence actively confronting the dangers of collectivism/socialism/communism and the conformity that allows the Marxist cancer to fester. Predictably his departure from mindless Leftism draws the ire and contempt of his fellows in the intelligentsia, but, being a true individualist, he doesn’t care. Who else would be the author of “Why I Am No Longer A Brain-Dead Liberal?” 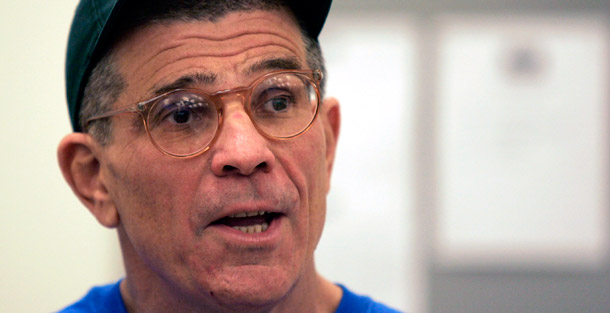 UPDATE 5/31/22: Justice still denied.  And one more essential American institution (FBI) disgraced and undermined. Our official government protectors have become the institutionalized enemies of The People. 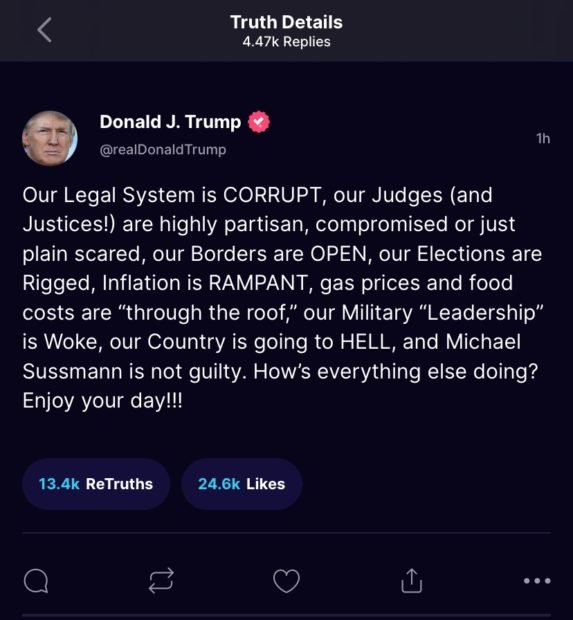 UPDATE 6/1/22: An inspiring story of a woman named Rebecca who chose to carry her illegitimate baby to term and put him up for adoption more than 50 years ago. A pregnant teenager on the verge of suicide to escape her dilemma, she literally made the pro-life choice, for herself and for her baby and has lived the last half century knowing she made the right decision.

UPDATE 6/1/22: As we knew practically from the start, the cure has been deadlier than the disease by an incalculable factor. 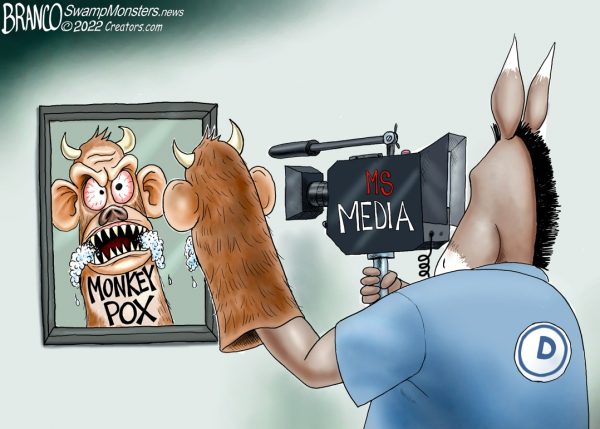 UPDATE 5/31/22: Those villainizing and shaming the unvaccinated may want to revise their views on the matter as time goes on, and side effects of The Vaccine become a widespread medical problem. There was a time when healthy skepticism was looked upon as a virtue and a matter of individual choice. In the last two years, it became a crime. 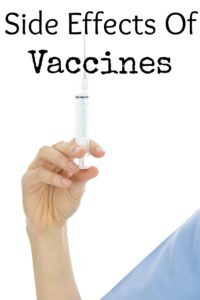 UPDATE 6/2/22: No accident that Orwell’s casual opening lines for “1984” about the clocks “striking 13” says everything about the evil underlying the tyranny of metric tyrants determined to erase  pounds, inches and pints from use and memory. This tyranny dates from the French Revolution and their Year Zero dreams of razing the social order (including all established standards of weights and measures), replacing them with their Utopia of presumably superior standards.

Out with the old, in with the new!!..for no purpose other than destroying the reassuring presence of tradition. 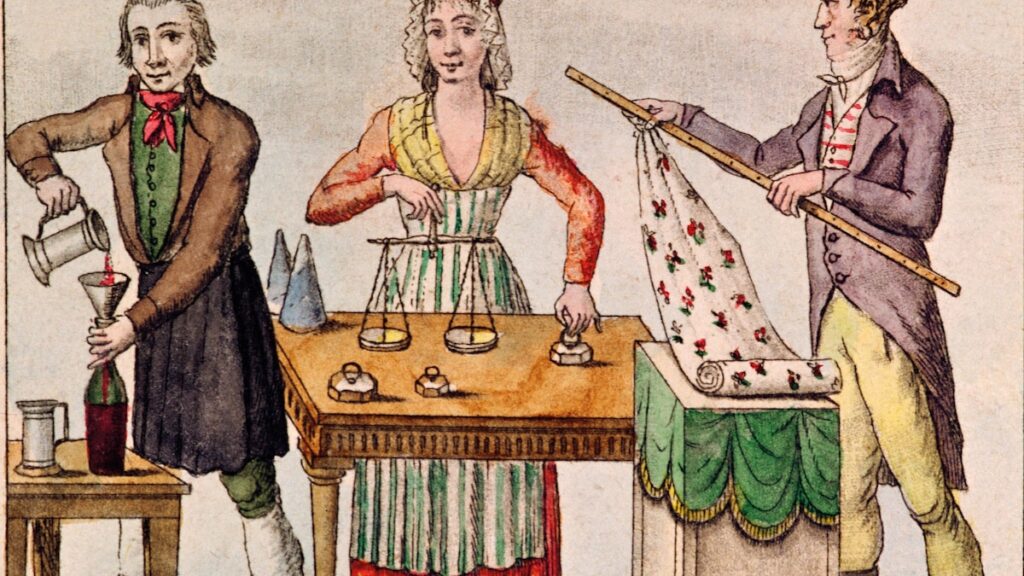 UPDATE 6/4/22: From Voltaire, describing this Era of the Absurd forced upon us: “Those who can make you believe absurdities can make you commit atrocities.”  You know: stuff like “Men menstruate and can have babies” and “We need to lock up millions of healthy people to protect the sick ones.” 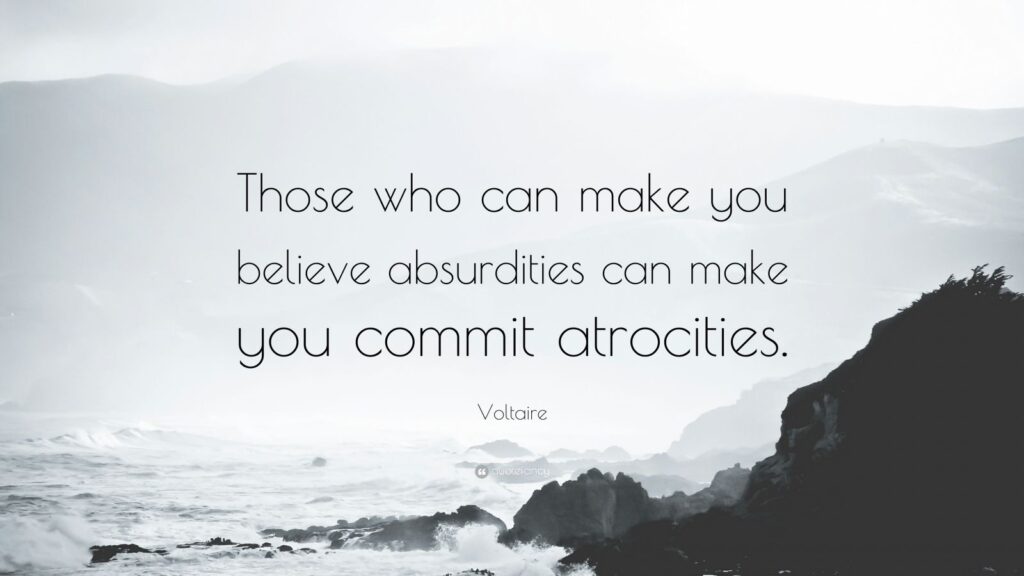 UPDATE 5/30/22: The Great Reset is not just a bunch of evil Bondish villains plotting world domination in Zurich or Davos. It’s American politicians and bureaucrats and the mindlessly obedient millions of those taking their ill-considered orders below them. In one vivid scenario just experienced, we have the two year lockdown fiasco, resulting not only in the needless destruction of millions of businesses and individual lives but a fearsome loss of trust in our entire medical establishment from the AMA on down to our local doctors and nurses. Likewise, we have an Uvalde incident of worse-than-useless policing that justifies an equally widespread distrust of those supposedly there to protect us from criminals.

We live in an eternally dangerous world that is livable only to the extent we have self-defensive measures in place. That goes for our physical well-being always prone to illness and goes equally for law and order perpetually under attack by the lawless. Take away the credibility of those institutions and individuals we’ve always assumed are there to protect us, and we’ve entered a new Dark Ages. 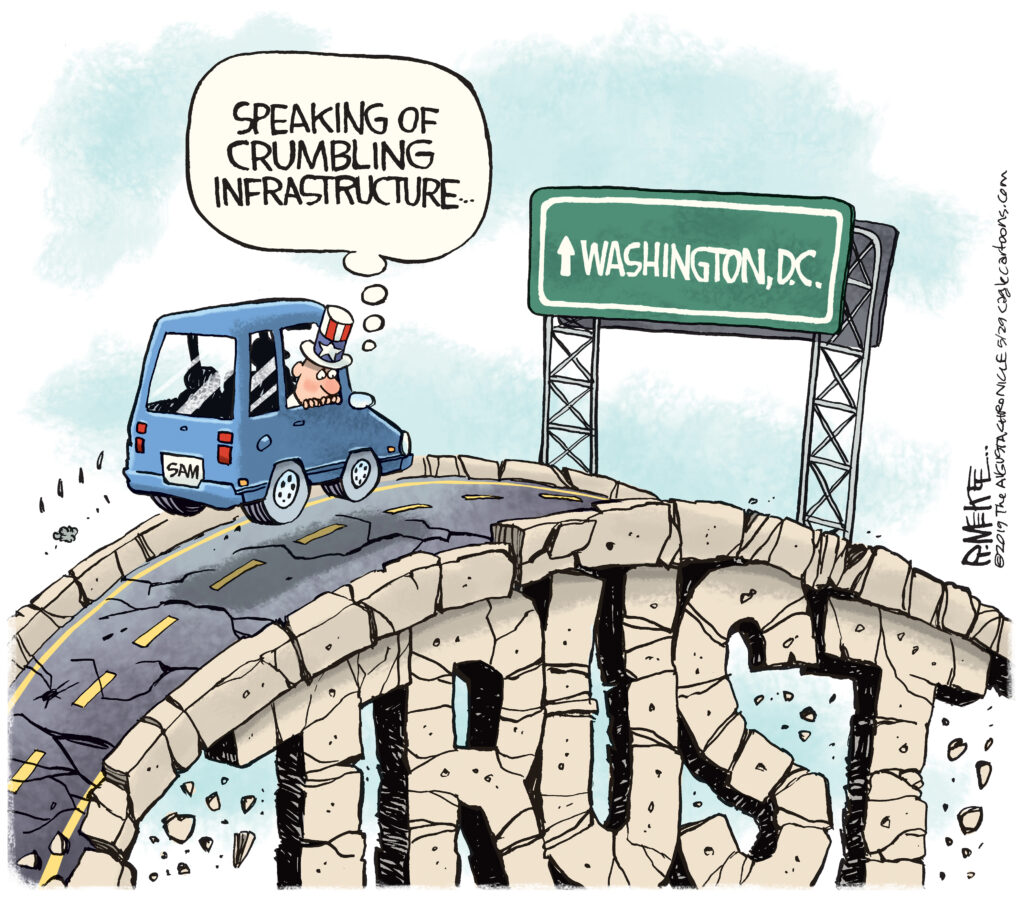 UPDATE 6/2/22: Green lunacy is really Green Evil, not just a big case of bad judgment. This suicidal “transition” from well-functioning, plentiful fossil fuels to pure, pristine, perfect, limitless “renewables” (that are none of the above) is one more attempt to establish centralized, totalitarian control by a few very bad apples. 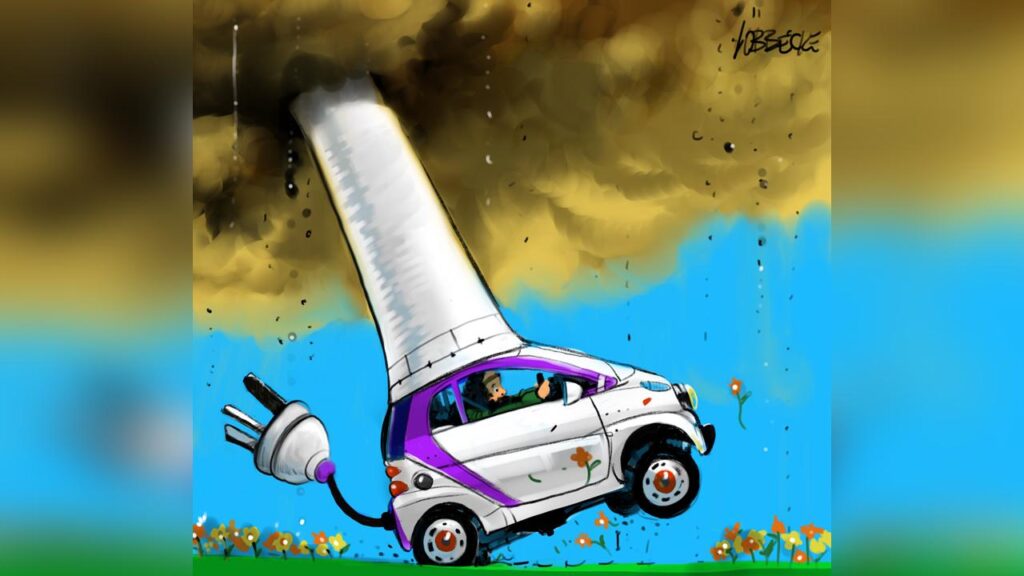 UPDATE 6/2/22: Lowering standards, bending rules go hand in hand with Identity Politics, and, as practiced with medical standards is bound to result in bad doctors. And medical disasters. One highly respected college Dean finds himself under fire for suggesting that racial minority medical residents performing at a sub-standard level may be….sub-standard residents. And lousy doctors. 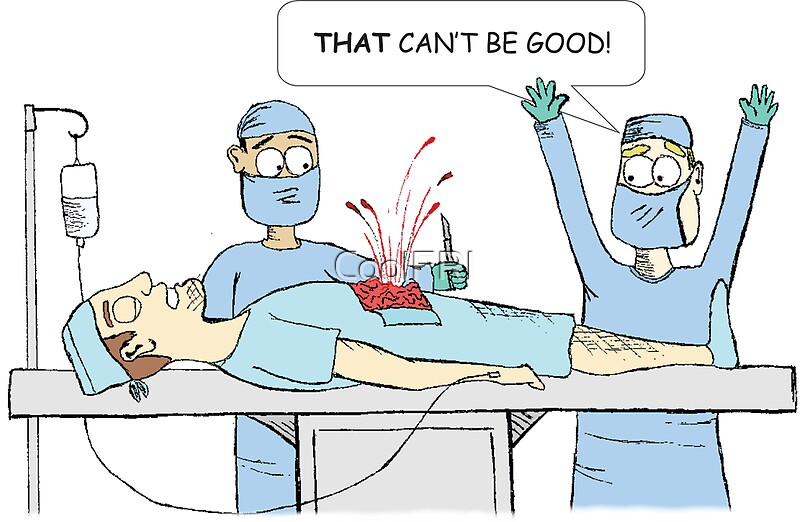 UPDATE 6/1/22: It’s rumored that a Joe Biden  look-alike carried on like a creepy old loon at the Naval Academy  last week, screaming at (and affecting his distinctive “whisper” to ) the cadets,  inventing new words and a totally alternate reality. Blame the teleprompter…or perhaps it’s Putin’s doing. Maybe Trump is behind this. 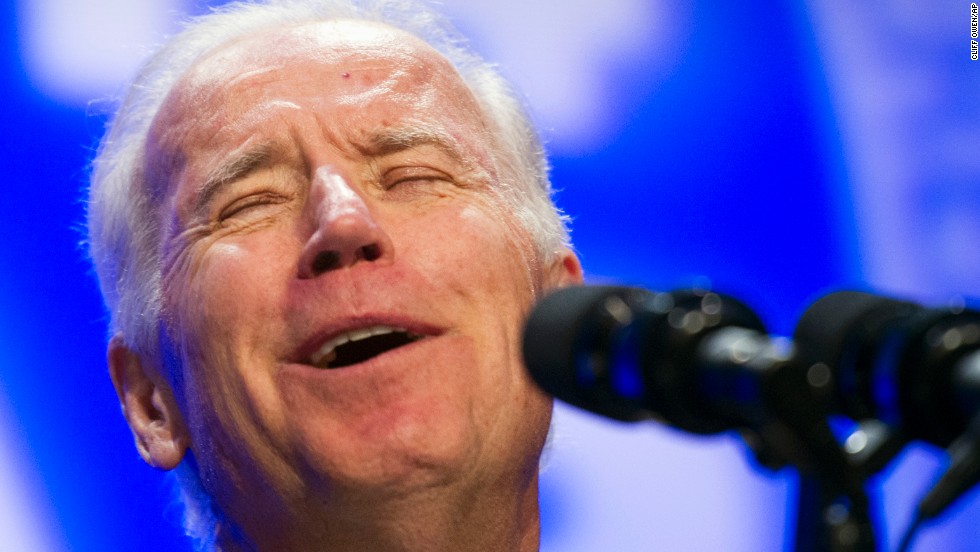 UPDATE 5/30/22: Exoneration of Hillary’s lawyer, despite taking orders directly from Herself, suggests the deepest sort of corruption at the heart of the Deep State and at the very core of this former Goldwater girl. 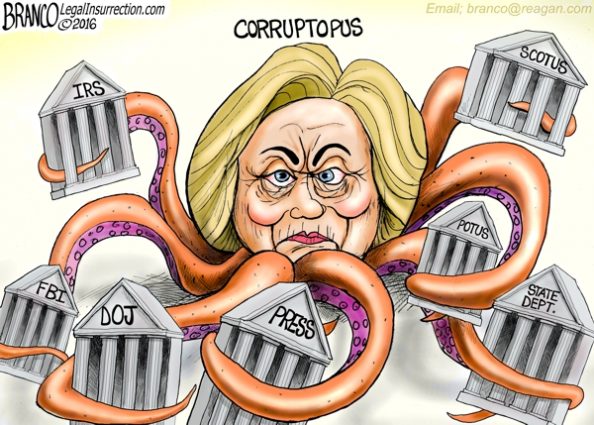 UPDATE 5/31/22: In addition to being “The Science,”  Tony is also an entrepreneurial whiz kid: create the demand (develop deadly gain-of-function viruses, Monkeypox being the latest, let it loose on the world), then meet the need (throw together some untested concoctions pushed on the desperate public as “vaccines”).

UPDATE 6/1/22: Those wild & crazy Pelosi kids! Hearts full of love, bladders full of booze! And there’s a distinctly unfunny family history of reckless joyriding going back to the 50s. 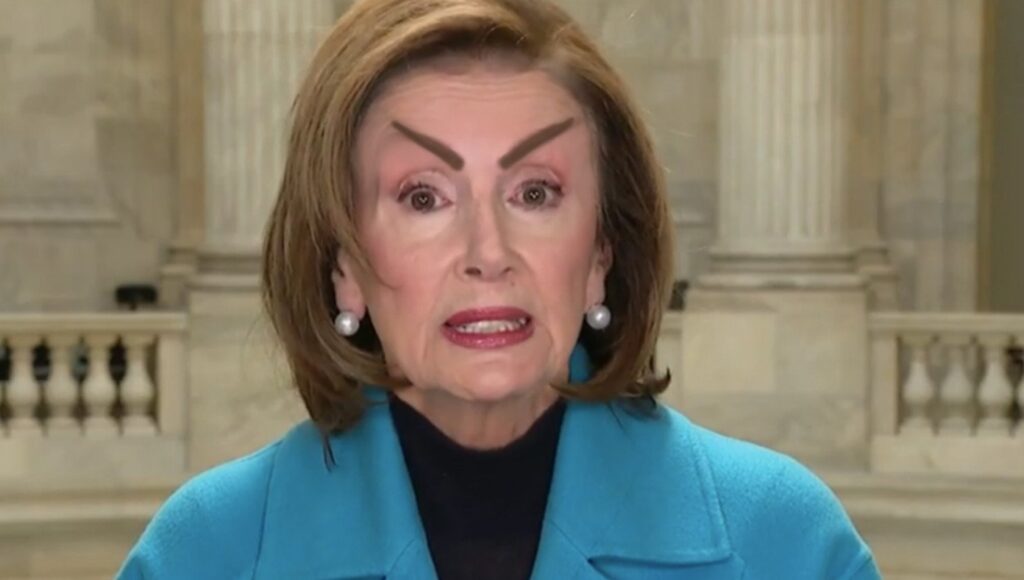 UPDATE 6/1/22: Emulating his communist heroes like Fidel, Justin is going all out to suspend any and all rights of a formerly free people up north. Now all 9mm handguns are deemed dangerous in general to the well-being of peaceful society and overdue for confiscation. Note in reading his proclamation he includes “sport shooting and hunting” but neglects self-defense as legit reasons to own a gun. And certainly excludes his own armed details from such restriction.  Surely just an unintentional oversight of a tyrant ever on the rise. 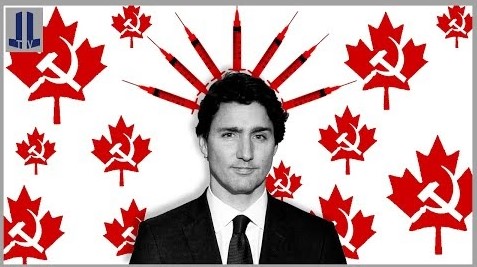