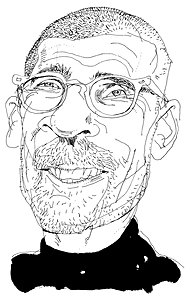 Another  prominent figure newly sprung from intellectual captivity by the Left, playwright/director David Mamet struggles with the confusion & terror of leaving behind the ongoing lie of Liberalism/Socialism. Like David Horowitz, Whittaker Chambers among many others, the exhilaration of liberation is tempered by the sadness/regret/shame of having lived a lie of such proportions for so long.

The late lamented Christopher Hitchens belittles & savages Mamet’s “conversion” in the safe confines of the NY Times, providing Exhibit A for Mamet’s experience of the Left’s intractably blind, religious intolerance.

Read more about The God That Failed” and Whittaker Chambers’ “Witness.”

Order “The Secret Knowledge” at Amazon.com.