UPDATE 8/13/21: The Woke Left’s war on boys, men and masculinity in general must be won, or we are literally a neutered civilization. For those of a certain generation and before, some of the best guides and touchstones remain Tom Sawyer, Huck Finn and their many wonderfully rowdy, unruly, untamed, adventurous, brave compadres in classic literature. Is it any accident that such a real-life figure recently occupied the White House to the utter delight of one political demographic AND, simultaneously, the utter despair and rage of another part of the electorate? 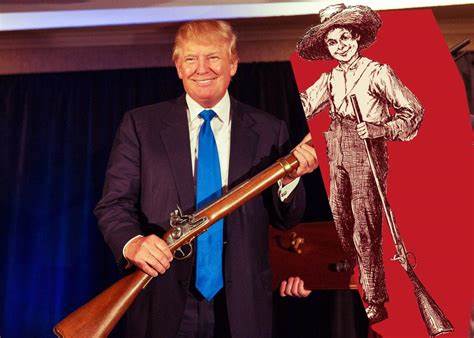 UPDATE 1/27/19: Some perfectly nice, well-mannered Catholic schoolboys become the latest target of hate from the Proglodytes. Disappointment (or just flat denial) ensues at the failed attempt to destroy yet some more of those despicable White Males.

ORIGINAL POST 9/18/18: A boringly predictable rant by a boringly predictable Liberal/Leftist/Progressive touchstone in my social circle has made it all clear: “Let’s be serious here. We’ve got a real problem in this country with men attacking women.” So speaketh one loyal foot soldier/drone in the Left’s War on Boys & Men the day after the Blasey-Ford/Kavanaugh testimony.

Apparently, this 70-something American girl/ former teenager/ ex-coed/ wife/ mother/ grandmother/ schoolteacher/ Medicare recipient and lifelong practitioner of permanent Victimhood reared in the metropolitan NYC area, has just discovered that sex and its complexities play a part in human affairs. And it is a matter of great, grave concern to her. Girls and women must be protected (except by Conservative men with guns). Boys and men must be brought to heel, and no one is exempt from punishment. Except those boys and men who are visibly, vocally on the Left side of the playground. Heedless rock stars like Bill Clintons and Teddy Kennedys are not problems. On the other hand, perceived enemies of the Left like Donald Trump or Brett Kavanaugh must be destroyed. Past indiscretions common to virtually all males must be brought to light, their sordid histories scoured, if necessary going back thru the teen years to toilet training.  And if there is no discernable black mark there, make it up! Totalitarian China and her social credit scores, Kafka and his looming Castle keeping tabs on private lives, psyches, souls have nothing on these people.

There are many issues at stake in our political lives, but perhaps none is as fundamental as the War on Masculinity, the determination of the Left to turn all boys and men into the cooperative eunuchs of Progressivism. The social engineering ways of the Left have taken special aim at boys and men for decades, branding natural, healthy masculinity as “toxic,” characterizing the males of the species as the archvillains in their Marxist march to Utopia. Masculinity and individualism are the ultimate enemies of aspiring tyrants.

The Ford/Kavanaugh circus just witnessed has larger ramifications than simply the Supreme Court. We’ve seen the gleeful ends to which the Left will go to destroy its opponents and take absolute power over our lives. The outcome of this battle will determine all the other fundamentals: free speech, free association, free economic markets, private property.

COLD FURY, steeled determination is required. Do we and our appointed leaders have what is required? Do enough Americans, true men and women, share these views, possess the fire to protect our lives & liberties? The midterms will tell.