UPDATE 7/1/22: The regrettable passing of Dr. Vladimir  “Zev” Zelenko brings up the contrast between what his life as a dedicated healer has been compared to that of Anthony Fauci who will be remembered by the serious-minded as the soulless bureaucrat/profiteer/dissembler at the forefront of the Covid Response nightmare in America. In these two men, we have before our eyes the best, noblest human qualities on display alongside the inevitable corruption of uncontrolled power.

You can contribute to the Zelenko Freedom Foundation, inspired and set up by the doctor in full knowledge of his terminal cancer.

“The purpose of the Zelenko Freedom Foundation is to find the next brave generation of medical professionals committed to keeping their patients safe without doing the bidding of big pharma.”

UPDATE 6/29/22: Most would agree that one of the worst things imaginable would be to drive up to see your property on fire. Losing one’s loved ones and/or everything one has worked for and accumulated over a lifetime is a test everyone would rather avoid. One unlucky enough to face that situation is an English archivist who recently lost hundreds of thousands of irreplaceable historical clippings and pamphlets in a fire set by drug dealers allowed to flourish in his area. His admirable ability to get hold & get up to keep going is well worth a read and serious contemplation. This site and its concerns are all about the fears of losing our freedom and the country that has provided it to hundreds of millions over the last quarter millennium. Perhaps for the genuinely hearty, there is always something left even when all seems to be lost.

UPDATE 6/29/22: There is a message of universal importance in the Canadian truckers’ protests and the vicious crackdown on them by the Pouty Boy Tyrant of MapleLeafLand. The story needs full, detailed retelling, and the Canadian people need to throw off the chains they’ve foolishly manacled to themselves. 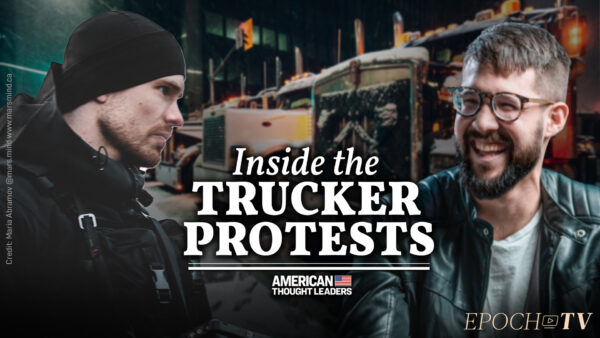 UPDATE 7/1/22: As desirable as it might be to many, Trump/De Santis in 2024 somehow seems strategically unlikely. One highly attractive scenario for both Florida and America would be Trump/Someone Terrific Who’s Not De Santis in 2024, then 8 years of De Santis. Then again, time’s a-wastin’, and De Santis in 2024 would be an overdue end to BrandonWorld…and the most likely path to a Republican landslide a la Reagan in 1980. The country literally cannot afford anything less than a full conservative turn at this point. 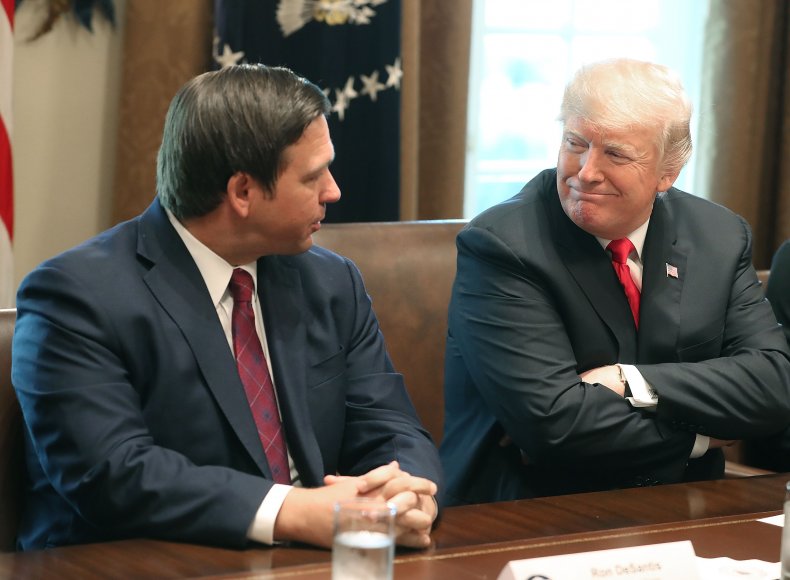 UPDATE 6/29/22: It is not the demagogues and tyrants to blame for where and when people repeatedly find themselves living under tyranny. It is fear and the stupidity that comes with it that makes people choose tyrants to rule them. Is it possible this fatal human flaw can ever be overcome and the majority of people summon up the nerve to rule themselves as a lifelong attitude? 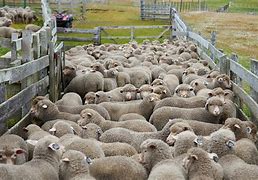 UPDATE 6/28/22: There has to be some good and serious follow-up that comes from the exposure of election fraud in “2000 Mules.” 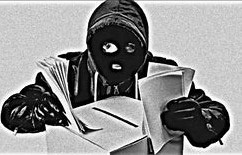 JANUARY 6-Tyranny vs A Nation of a Trillion Spark

UPDATE 6/29/22: The name of a 25 year old former WH Chief-of-Staff’s assistant is today on the lips of every foaming-at-the-mouth Trump-hater. The “bombshell” lie easily refuted by those actually present will now be repeated endlessly until assumed to be true while testimony of firsthand witnesses from the Secret Service will be actively ignored/suppressed. Regarding this latest useful idiot making a 15 minute name for herself, one must note that most sober individuals would have to go online to bring up the name of that other woman who, like this one, was plucked out of obscurity to fabricate a nasty story in order to destroy a conservative, in her case a Supreme Court candidate. Once that sad sack’s fable imploded, she returned to richly deserved anonymity as will this one.

Anita Hill still remains a name easily recalled since the Clarence Thomas “high-tech lynching” was front page news for weeks way back when and actually continues unabated today with the current piling-on after the Dobbs ruling. The Left reserves its most vicious attacks for uppity, conservative blacks/gays/”victims” for whom they claim exclusive ownership.

We have been instructed that all women are to be believed, but some of us make an exception for those who lie and make up things in hopes of being lauded and famous for a few minutes. Unknown to these obtuse loser ladies, they will find themselves fussed over briefly then summarily junked after producing a few defamatory fake news sound bytes for the WorldWideWeb.

This kangaroo court has been neatly summed up by its principal target: “Fake Stories… No Cross Examination, No Real Republicans, No Lawyers… Unselects Should Be Forced to Disband.”

UPDATE 6/28/22: Hmmmmm, the list of mysterious J6 deaths just got longer. Now added to a fatal stroke and four suicides claiming Capitol policemen present that day, we have the sudden demise of the Senate Sergeant-At-Arms. Something smells bigtime. All just as understandable and transparent as Jeffrey Epstein’s “suicide.”

UPDATE 6/28/22: If you want real “insurrection,” just turn an ill-conceived blanket ruling back to State legislatures as the American Constitution decrees. For the double-standard, tantrum-throwing Left, the Constitution and laws in general are only worth following on issues they support. Anything else is cause for nationwide riots and threats of…you got it!…insurrection.

UPDATE 6/26/22: Are we going over the brink to full Stalinism or will the unthinkable abuses surrounding the Pelosi/Cheney show trials scare us back to being America?

UPDATE 6/30/22: And what of adoption? Why is this not the first option presented to pregnant women who know they do not want or can’t raise a child? Or are these women to be saddled for life with the guilt of having knowingly killed a baby? Perhaps the most disturbing aspect of abortion on demand is the elimination of any serious contemplation of or responsibility for what it is. 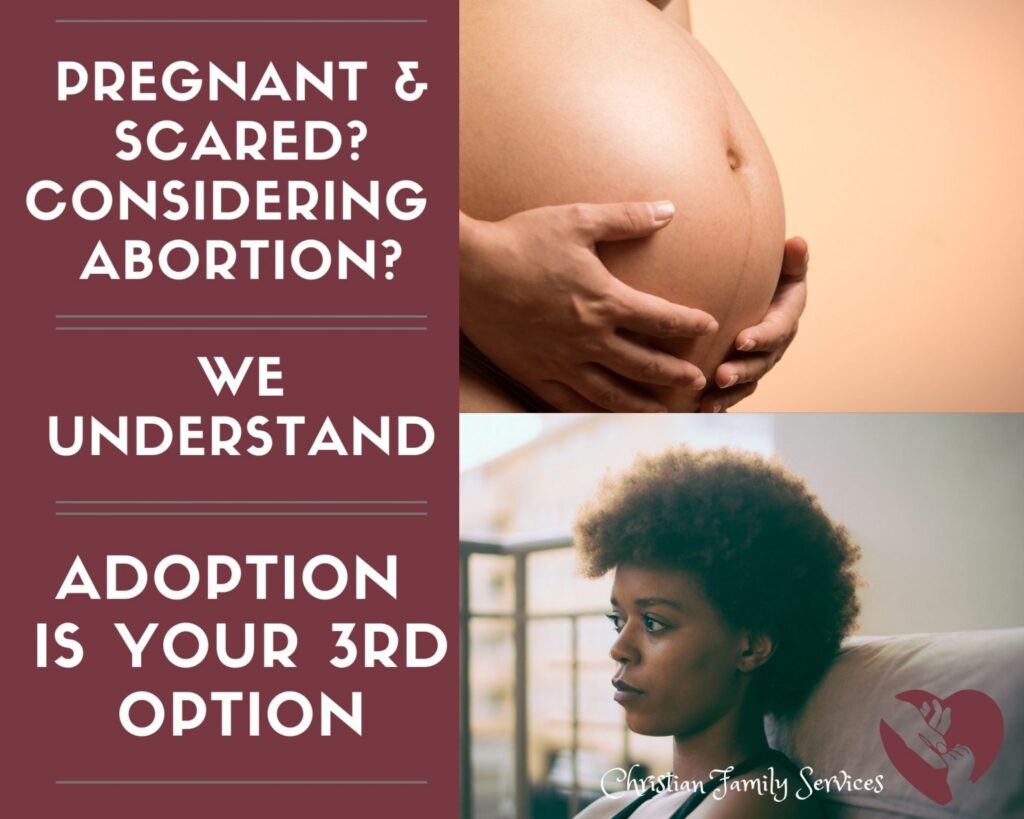 UPDATE 6/26/22: Separation of powers, letting those directly involved decide, is anathema to the totalitarian mindset keen on “my way or no way at all.” How many of those little tyrants hysterical at the overturning of Roe vs. Wade even know or believe in the fundamentals of a pluralistic society?

UPDATE 7/2/22: “Demonstrate strength, blast through fake taboos, and play for keeps.” This refreshing approach to the hardest of hardball games in the life of America explains why De Santis continues to grow in stature as the country’s greatest hope. Trump has been the right man to bring the fight out in the open, and De Santis appears to be the perfect young successor to keep it going and “play for keeps.” 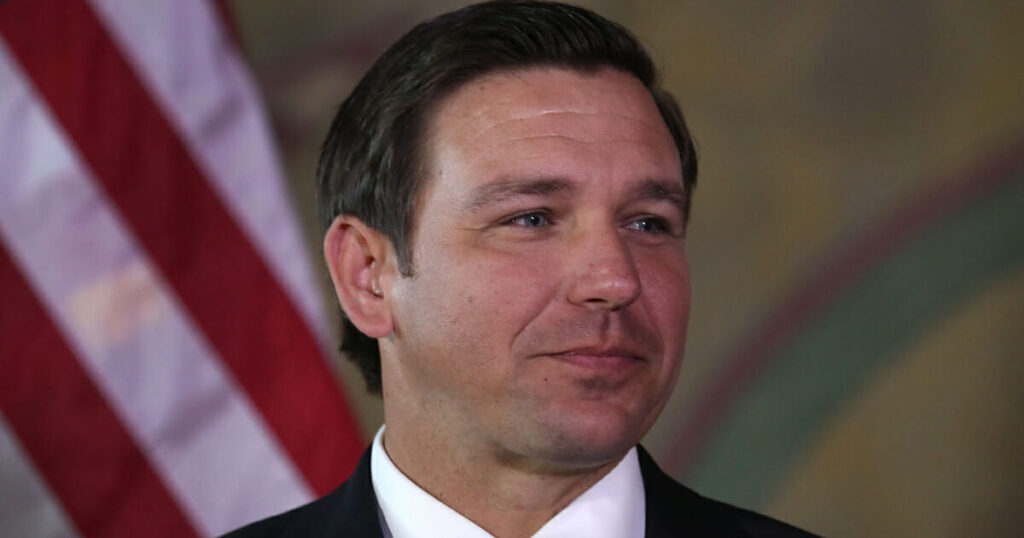 UPDATE 7/2/22: Freedom of speech, not by accident the FIRST Amendment in our most fundamental document, is under serious attack; and Jordan Peterson’s refusal to be silenced about the pure absurdity of Woke trans politics needs to be front page news. Patrick Henry’s ultimatum about “liberty or death” echoed in Peterson’s stand is not just romantic history. 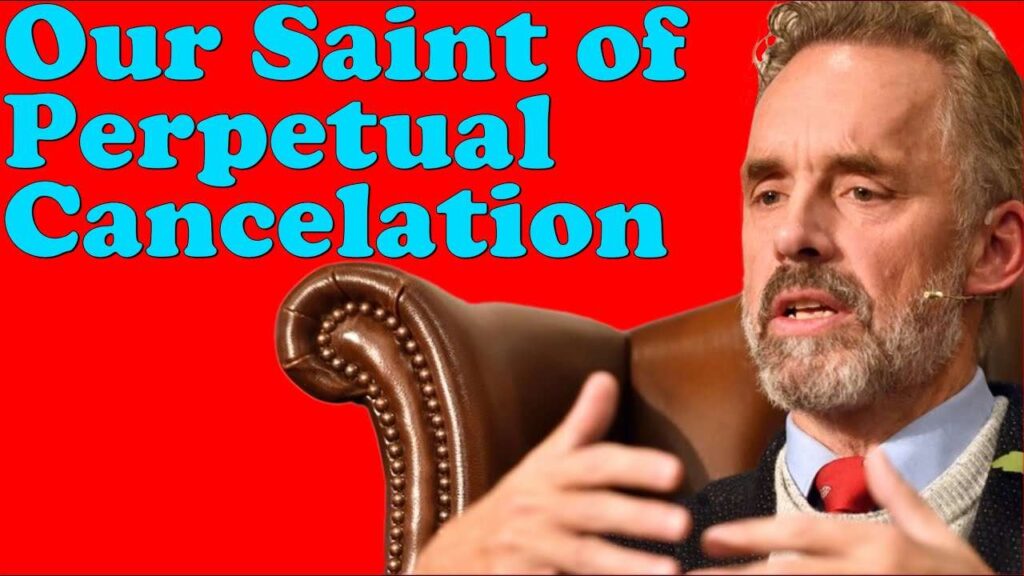 UPDATE 6/28/22: The killing, financial & otherwise, that BigPharma and their pals high up in BigGov continues. Insurance companies report a huge increase in deaths among young working people which apparently is mere collateral damage for those making billions from these “vaccines.” Hot business tip: manufacture a medical crisis then provide the cure in the form of costly, untested miracle serums (that  are useless at best). Most diabolical is the inclusion of infants and children among the human guinea pig population. 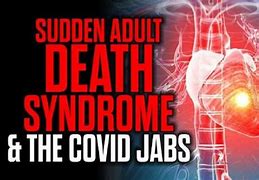 UPDATE 6/27/22: There are those who deny that children are being hypersexualized by teachers and school administrators. At the same time, they are furious at the new Florida rulings (snidely labeled “Don’t Say Gay” laws by them) in place to protect kids from just such brainwashing and propaganda. Why raise a ruckus about something that they claim isn’t happening? Their real gripe is making the teaching of sexual matters the sole province of parents and not Big Brother.

UPDATE 6/26/22: Normalizing corruption of the individual soul is the one-way door into tyranny and enslavement. 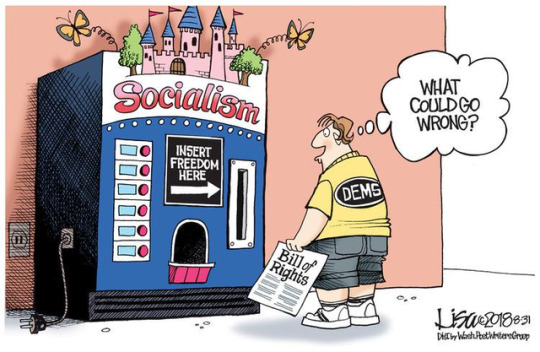 UPDATE 7/1/22: The farsighted geniuses of Green Energy, starting with our own Empty-Cranium-In-Chief and his administration, are taking a cue from their German counterparts, determined to see us freeze and/or starve to death, whichever comes first. 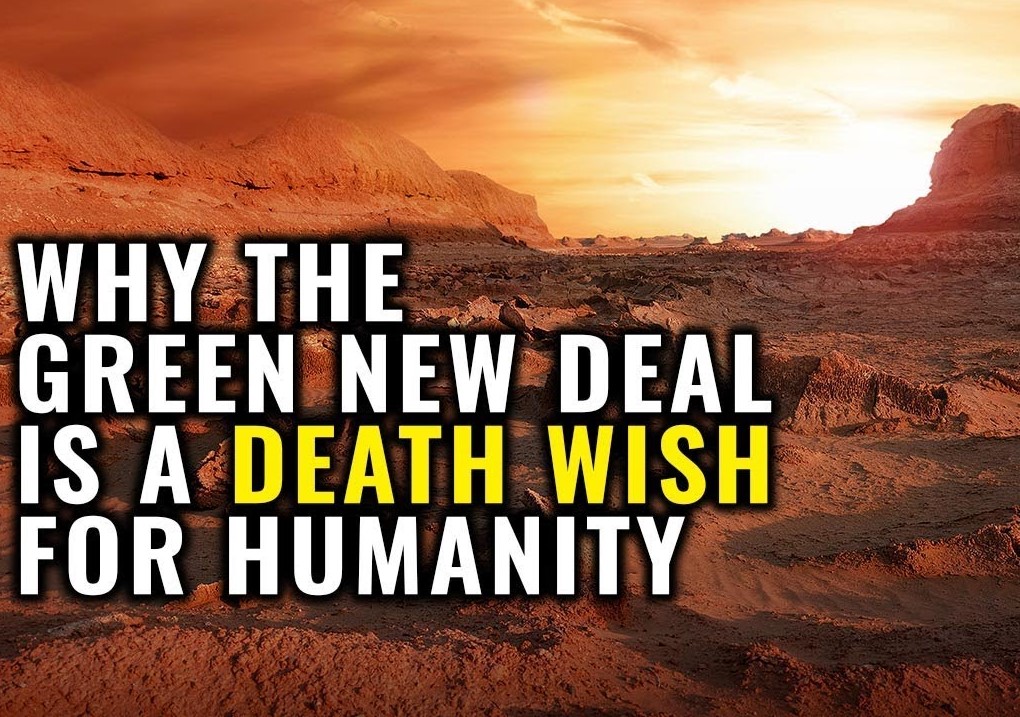 UPDATE 7/1/22: The primitive roots of Islam that still dominate it in the modern world make it inconsequential to human progress at best and, as proven, one of the dominant evils of our times.

UPDATE 6/26/22: Illegal immigration aka importing Dem voters, continues apace with the full support of the illegitimate administration in D.C. There is also the little side issue of tortured and dead victims of human trafficking that accompanies “open borders.” Crime most certainly does pay in high political circles and never more transparently than in present day Foggy Bottom. 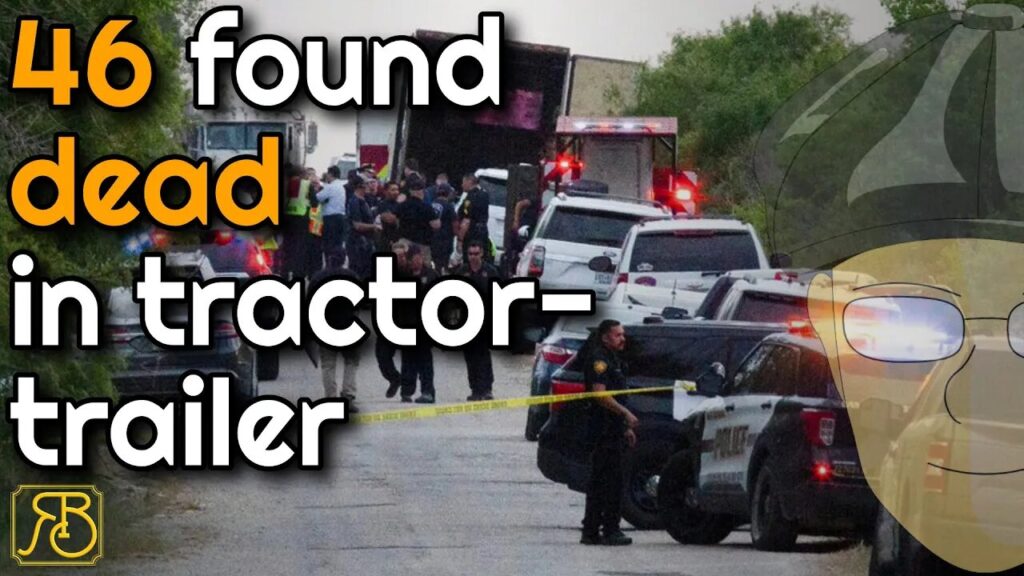 UPDATE 6/26/22: It is not widely known that there is a museum in Washington commemorating the victims of communism. The universally acknowledged Nazi genocide, a mere 6-8 million extinguished souls, pales alongside Marxism’s 100 million plus, an historical fact as aggressively denied and hidden as any life-and-death issue on record. 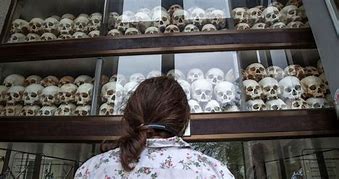 UPDATE 6/29/22: Covid is still very much with us in the form of the fear and mistrust created by the “expert class” who managed to ruin exponentially more lives than any Chinese germs. 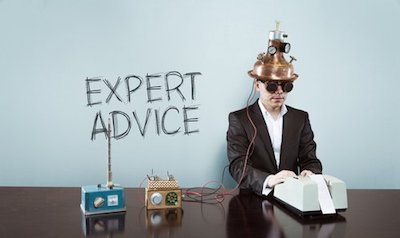 UPDATE 7/2/22: The Never Trumpers paddle yet a little further down the doo-doo river in crowing their admiration for this latest fizzled “bombshell” stunt from Liz Cheney and her Stalinist pals. They’ll stop only when he’s dead and buried. 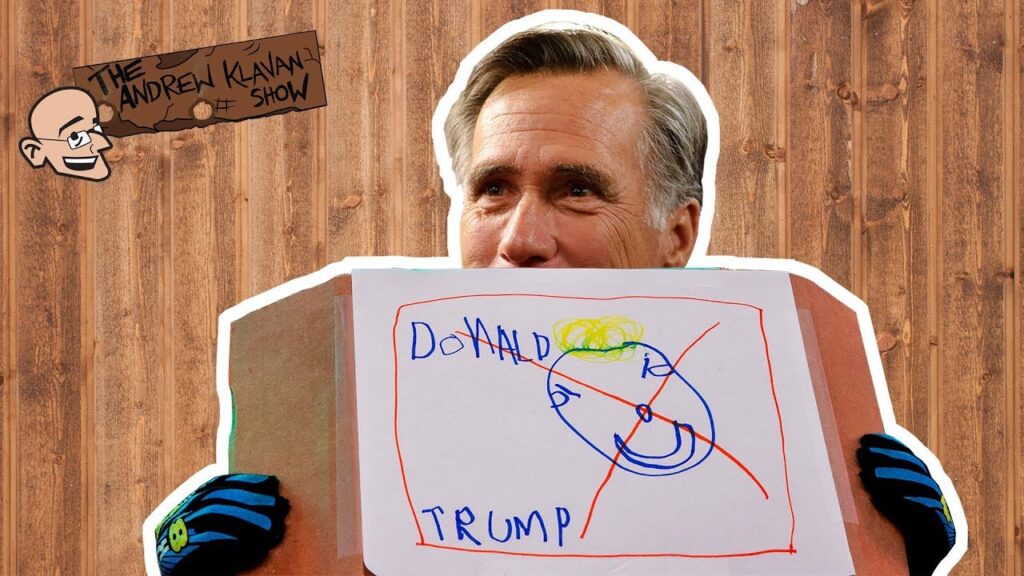