Young ladies aspiring to high political office would do well to study a select gathering of prominent females in the 21st century Donkey Party Hall Of Shame. How’s it done on the Left side of the tracks? Minus any personal charm or charisma whatsoever, one might coast in on the coattails of a talented husband (Mrs. Bill Clinton); one might coast in under a talented boyfriend (#HeelsUpHarris); or if you are Michigander nightmare Gretchen “Nurse Wretched” Whitmer or  hearts-full-of-love Nancy-On-A-Broomstick Pelosi (the daughter of a prominent Big City politician), one can visibly prove that a woman is capable of  being as vicious, mendacious, cold, corrupt, power-hungry, all-out-vile as any man.  For each, the indispensable ingredient for success  has been a totalitarian mania for control based on the very bad ideas of collectivism, progressivism, socialism or communism. Very bad ideas for the average Little Person, a great deal for ambitious girls wanting to live like queens among the obedient peasantry.

ON THE OTHER HAND, whoever you are and from wherever or whatever background you originate: if you possesses character and common sense, the ability to think rationally and  formulate ideas that work and GENUINELY benefit human beings, you may very well have a political future worth pursuing.

America (or really any place else) has not produced her equal yet; but committed Conservatives yearn for the next Margaret Thatcher. Her place in history, alongside that of our own Ronald Reagan, sets the standard for what principled men and women with good ideas can accomplish in politics. 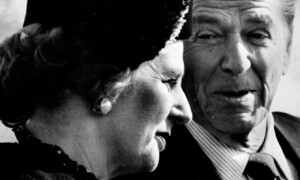 Governor Kristi Noem of South Dakota is now a veteran in the trenches and moving up to national office. She’s a fresh, bracing Midwestern breeze that bodes well for the future. 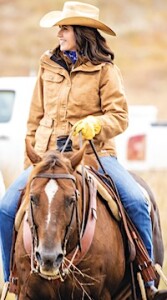 Kim Klacik is newly sprung on the scene, her sudden leap into prominence based on a dazzling campaign ad for her Congressional run in Baltimore followed by an appearance at the Republican National Convention. She is the desperately needed voice of the Inner City Black crying out for release from the Democratically created/ perpetuated urban plantation that is ongoing blood on the hands of the Democratic Party. Ms. Klacik has picked The Issue. 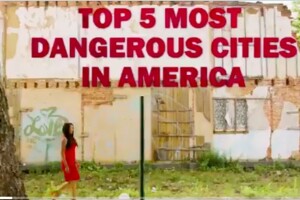 Based on her solid presence, this writer’s money is on Candace Owens. Dennis Prager obviously concurs and has given her a prominent podium in his estimable Prager U. She is a consistent fount of inspiration, clear thinking and graceful, focused action. 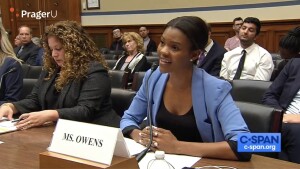 The current and immediately past Presidential Press Secretaries, Sarah Huckabee Sanders and Kayleigh McEnany, have literally been on the battlefront lines, taking daily blows from Trump’s most insidious enemies in the MSM and returning them handily with more than equal opposite force.

[There is a prominent omission here: the jury’s out on Nikki Haley despite a creditable record as Trump’s UN envoy. Her earlier anti-Trump snark and purplish history (mixing liberal  blue with conservative red) has made her suspiciously appealing to the Trump-loathing Left.  Remember “Maverick” McCain. Remember Romney. Be forewarned about “moderation.” RINO alert.]

So you ask, which Party truly reflects the thinking American’s woman? Take one quick, honest look at that quartet of harridans first mentioned above and their Women’s March with its pussy hats, anti-Semites and anGRRRRRRy women just in case you might be at a crossroads. If only all of life’s choices were as clear.

Whoever persists and prevails for the long haul, it is heartening to know that conservatives ideas are being made real in action each day by talented, courageous, vital young women. For men fortunate enough to have loved and counted on good mothers, sisters, wives and daughters, there are few things more reassuring.