Before Billy Jeff’s shameless shenanigans in the Oval Office with Monica, a politician’s careless sexual escapades and lying denials spelled the end of a career [“…spending more time with my family.”] Not so Clinton. On the contrary, despite the obvious security risks and adolescent immaturity involved, Clinton’s behavior and outright lies afterward have rewarded him with a major fortune and unprecedented rock-star status among the Democratic Party faithful.

Given her own free ride now from the MSM, Hillary’s career of serial lies and blatant corruption doesn’t seem (at this time, Fall 2015) to have slowed her relentless march back to the White House. 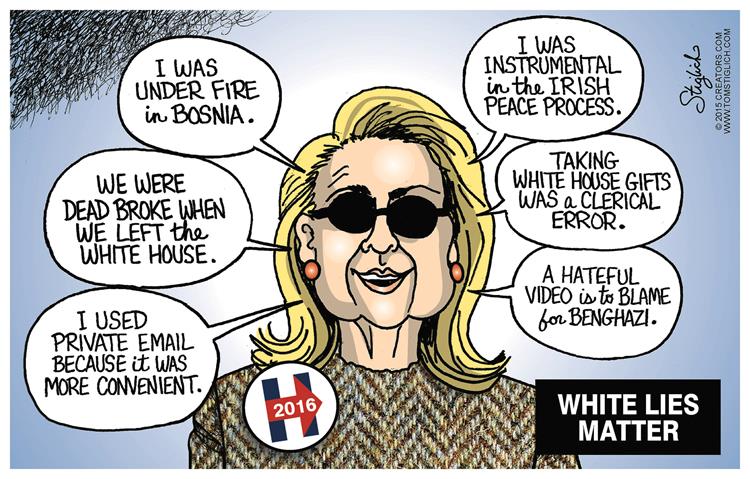 This corruption of long-accepted norms has been the logical precedent for Obama’s Orwellian Age. All lines have been crossed and now virtually obliterated when it comes to what Barack/Nancy/Harry’s Democratic Party successfully peddles to its brain-dead base. Immigration? Wide-open borders. Resistance to deadly disease? Import it. Resistance to terrorism? Normalize and rationalize it. Rampant crime in the largely Black Inner Cities? Blame guns, blame the police, blame the prisons, lionize the criminals as victims. Free market solutions to the most basic needs? Federal takeover of all goods & services relating to healthcare aka ObamaCare. Defending freedom? Celebrate our enemies, insult our friends.

If any one thing can be said about Obama and what he’s wrought, it’s this: the man was born & bred to destroy (“transform”) the USA as we know it. If Clinton made unpunished personal amorality the norm, Obama has made unchallenged political amorality the Democratic Party platform.

10 Replies to “The Clintons made “Unpalatable” ok.
Obama has made “Unthinkable” mainstream.”