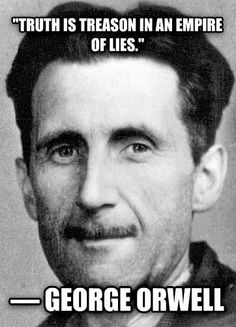 Hollywood mogul and Big Demo Donor David Geffen is quoted waaaay back in 2007 when he got all tingly over Obama that he couldn’t support Hillary because she and her cabal lied “with such ease, it’s troubling.” Fittingly, a teaser for a 2013 “in-depth” Fortune profile of him consists almost entirely of Geffen on the subject of…lying! We’re shocked to learn that lying is a way of life in LaLaLand that he embraced early as a young comer on the way up. Then, as the teaser concludes, ready to plunge “in-depth,” he’s asked if he’ll support Hillary in 2016. “Absolutely!”

Obviously, Hillary’s penchant for lying is no longer “troubling” for Geffen. Actually, it never was. Obama correctly looked like the winner then, and people like Geffen go where the power is. When Hillary looked like a sure bet in 2016…well…a no-brainer.

But for millions of us it is very troubling indeed. It is lies like ObamaCare’s supposed “free” benefits, swallowed whole by the gullible public, that has allowed millions to turn their lives over to the Federal nanny, forcing the rest of us along for the delights of (not-so) free this and that. It will forever be the Clintons who will be remembered for making lying without consequence a matter of course in American politics; and it is the insatiable power lust of crony capitalists (like Geffen) and corrupt politicians (like the Clintons and Obama) aided & abetted by stooges (like Lois Lerner and Susan Rice) that poses the worst danger to our Contitutional Republic. If there are no legal consequences for deliberate deception from these people, there is effectively no Constitution, no law, no accountability   for liars like those fronting today’s Dem Party. Welcome to the United Banana Republic of America.

Which brings us to the latest Orwellian foray of the Democratic Party’s Ministry of Truth, starring Barack Obama and featuring serial liars and stooges like Susan Rice. Funny, considering their grave concern about Russian interference in the election, how there was no “unmasking” or surveillance of Hillary’s campaign.

Asked whether she participated in illegally helping her cronies spy on their political opponent, Rice has given us a priceless quote: “I leaked nothing to nobody.” No how. How’s that, again?  You mean “something to somebody?” You mean “I dint do nufin?” Is you is or is you ain’t a liar? Yes…and no.