UPDATE 1/3/21: We are faced with the nightmare of a Harris-Biden regime, full-bore continuation of Obama transformation. As is always the case, it’s not the latest figurehead that is the problem but the “confederacy of fools” that has voted him/her in: “The danger to America is not [pick your latest placeholder: Obama, Hillary, Biden, Harris, Whoever’s Next]  but a citizenry capable of entrusting a man or woman like him/her with the Presidency. It will be far easier to limit and undo the follies of [such a] presidency than to restore the necessary common sense and good judgment to a depraved electorate willing to have such an individual for their president. The problem is much deeper and far more serious than [Barack/Hillary/Joe/Kamala], who is a mere symptom of what ails America. Blaming the prince of the fools should not blind anyone to the vast confederacy of fools that made him their prince. The Republic can survive [Barack/Hillary/Joe/Kamala], who is, after all, merely a fool. It is less likely to survive a multitude of fools, such as those who made him/her their president.” 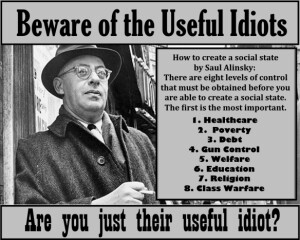 UPDATE 3/31/17: Another young Muslim male murders people in broad daylight on the streets of NYC, using a rented truck. Getting to sound familiar? No reports from the gun control, anti-Second Amendment rabble on the absolute necessity of banning trucks. Likewise, no calls for more stringent border security and background checks of Islamic foreigners from the same anti-American crowd.   ISIS is here to stay as long as Islam’s apologetic allies on the American Left have their way.

ORIGINAL POST 11/2/17: One marvels at the ongoing, inexplicable phenomenon of a majority of American Jews who, against all logic of self-preservation and self-protection, stubbornly continue to base their lives on the Leftward Blizzard of lies left over from the nightmare of the “transformative” Obama regime. Among the results are self-hatred, suicidal anti-Americanism (open borders) and, most illogically for the Jews, the  chic Hate Israel meme.

Basing one’s outlook on utterly false, suicidal premises doesn’t seem to phase that big chunk of American Jewry who have replaced millennia of a religious heritage grounded in The Law of the Old Testament (Torah) with the Progressive secular faith of Leftism. This also includes softening their position against the very people who wish to annihilate them, subverting Israel’s fight against its perennial foes. One appealing feature of Leftism is there is no God, no Divine law, no longterm punishment so long as one pronounces oneself One of the Faithful Left. One suffers no consequences when cloaked in the Progressives Robes Of Compassion and Peace. Victor Davis Hanson calls it Liberal Insurance and as far as buying coverage for any number of crimes subject to punishment for others, nothing can beat the penance and indulgences of Modern Liberalism.

References? Harvey Weinstein and his sexually predatory pals, the Progressive Hero of Chappaquiddick and The Man From Hope. All three highly evolved champions of all the politically correct positions, especially those regarding women. All sins absolved.

Going back a tad further, Margaret Sanger, as outrageously racist as they come but fully pardoned, even lionized for being  the sanctified Big Nurse of abortion. And back to the Present: American Muslim Sharia fanatic and fulltime Israel hater, Linda Sarsour, infamously letting loose with threats of genital mutilation against her political adversaries, honored as one of Glamour Magazine’s “Women Of The Year.” The list also includes Maxine Waters.

Glamour Magazine? Linda Sarsour? Maxine Waters? Perhaps we were all busy or sleeping when the PC Thought Police totally redefined that pizzazzy word, setting some rather different guidelines for what constitutes “It” nowadays. “It,” aka glamour, dazzling sex appeal, once connoted Rita Hayworth, Lena Horne, Elizabeth Taylor. Now…this.

One can go back generations to watch American Leftists, Jews in particular, voluntarily swallow 1001 varieties of this poison; and, being the Jonestown-like cult the Left is, the rest of us are expected to follow suit. Don’t painful, lethal consequences-such as rotting Inner Cities run and perpetuated exclusively by Democratic policy-alert them to the failure and fraud of continuing to “throw money at the problem?” Doesn’t the continued violence and threats of total annihilation against Israel give them pause? Don’t the blatant criminal machinations of the Clinton Crime Family and its power/money greed raise any red flags to The Faithful? 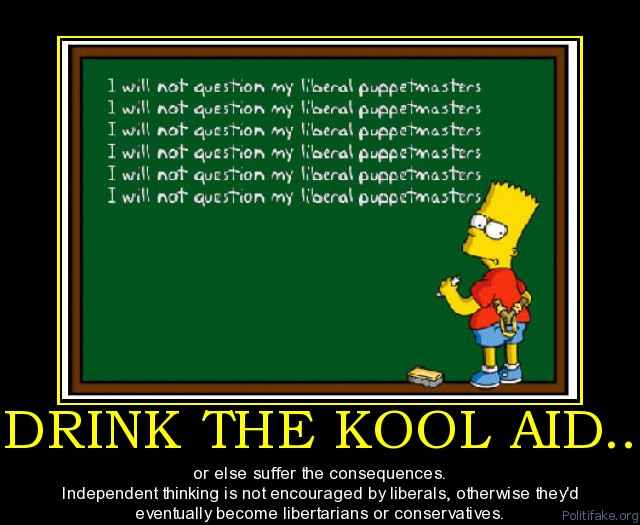 On the contrary, they continue to exult in being  Useful Idiots actively singing the praises of Inner City Mafiosi and their own potential killers’ praises again and again as they are being led over the cliff or into the gas chamber: “Climate Change,” “Anti-Zionism,” “Never Trumpism,” a Barack Obama, a Bernie Sanders, a Hillary Clinton as their standard bearers.

Say the rest of us: “Thanks anyhow. We decline.”

8 Replies to “Suicide of the West-
Installment #11,763:
The American Left sings the praises of their own murderers.”