With such high stakes, there’s bound to be a heap of fingers within the Dem Party establishment and Clinton Crime Family network pointing every which way to explain Hillary’s sudden fall from power. And without that power or access to it, there is going to be a heap of unhappy, hopeful Clinton Foundation donors wondering just how to recover those bribes…er…charitable contributions. Billary’s days of mid to high 6 figures for just showing up at this or that boardroom for 20 minutes are over, and now The Little Guy’s Champion Couple will be hearing doorbells ringing at one or the other of their super-expensive homes as a rehabilitated, reclaimed, law-enforcing DOJ/FBI come a-calling to investigate the real doings of the Clinton Family slush fund.

We have most likely heard the last of  “…but the Clinton Foundation does good things…” even from the most slavish of Hillary’s Useful Idiots. Taking money for Haitian relief that never gets to Haitians but goes instead to things like Chelsea’s wedding, corporate jet joyrides or into the pocket of Hillary’s hustling brother just doesn’t square with the image Big Hearted Lefties have of themselves.

Whatever lies they tell themselves looking in the mirror, today’s Dem Party has been all about the confiscation of money through high taxes on the wealthy and productive (aka job creators), claiming it’s for Good Works that somehow never happen. Grifters like Jesse Jackson, Al Sharpton, Elizabeth Warren, the Obamas, the Clintons, the unions have gotten SO rich while Black Inner Cities continue to fester and once-thriving factory communities in Middle America have become ghost town shanties. Maybe the Little People genuinely seeking better lives for themselves got tired of the Big Scam that is Progressive Politics. 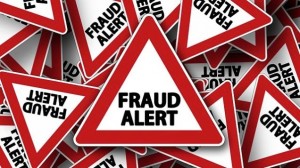 Could Hillary’s loss spell the end of a suicidal welfare state spiral going back to FDR’s Depression Era “beneficence” compounded by the Dem Party’s co-opting of Civil Rights in the 60’s? Revisit (see below) the famous photo comparison of devastation wreaked by the Hiroshima A Bomb vs. that done by Progressive policies.

One prays that this recent startling turnabout in our political life spells EndGame for the lie of ID politics (not that Barack plans to go away or stop sowing the mischief of Community Organizing). It IS time to clean house, drain the swamp, air out the place, wash and disinfect the whole joint and re-introduce limited, responsible government truly for all the people, not just the grifters. 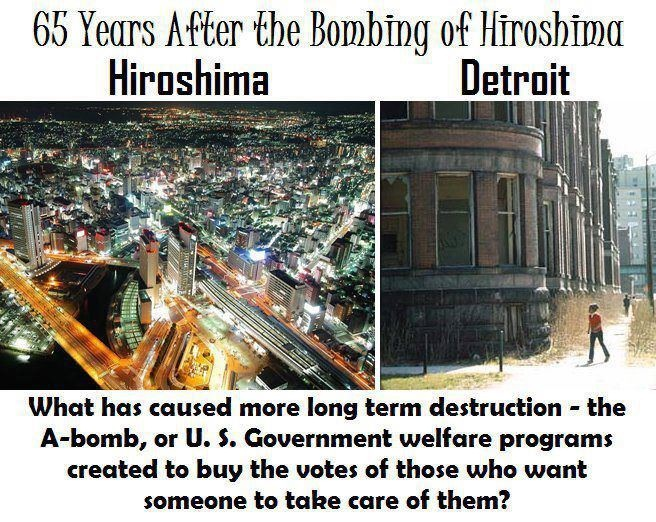 One Reply to “High Hopes:
Clinton.Inc (and a reprieved America) after the fall”