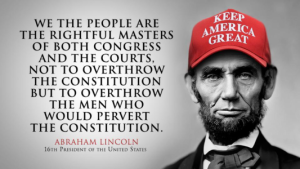 WE are the People, hundreds of millions of Americans ideally sharing full recognition of and devotion to the principle of liberty above all else. Ultimately we are dependent upon those chosen by us to represent us and see that that sole driving principle of freedom underpins any action taken on our behalf. If the power of our vote is voided, one or millions of us, “We The People” has lost all meaning.

That grim reality seems to have suddenly encroached upon us with clear evidence of a corrupted election in those key states that would grant Trump a second term. Who honorably and courageously speak for us, those still living for freedom, not collectivism/socialism and its Big Lie of insidious false promises?

The Constitution is that singular document that stands above the affairs of mere men. It represents the God Who inspired it, the ultimate judge in our lives. Those 9 all-too-human lawyers chosen to wisely interpret the Constitution and the laws emanating from it are the best we have to see the our laws upheld, not perverted. Alas, only two out of those nine-Clarence Thomas and Samuel Alito-are proving to be honorable stewards of our liberty. The rest, including those other three touted “conservatives” chosen by Trump along with GW Bush’s Chief Justice, are proving to be spineless, at best just 4 more useful idiots, at worst 4 more dutiful servants of the Swamp. There never has been a question how the remaining trio of Clinton/Obama appointees would vote.

In Congress, we are plagued with the same sense of betrayal. The weak-kneed and unprincipled are revealing themselves in the crunch. So we are left with those heroes who will fight the fight for us, and they merit acknowledgment and, hopefully, the laurels and pride of victory when things go our way. Given that miracle,  cowards and traitors and those playing it safe will hang their heads in shame and be summarily be sent back to their civilian lives to be replaced by real, principled representatives, not opportunists blown about by the ever-shifting winds of DC power struggles.

Steadfast is as good and glorious word as exists, fully meaningful in times of crisis like these, and it should be the living quality of  The People strong enough enough to ensure the survival and ultimate triumph of the MAGA movement fired by Trump’s unprecedented presence. That means  each individual one of us must prevail over the demoralization and despair of being falsely branded “fascists” and the like for valuing liberty over fake “equality” of the Left. Recognize and honor friends and shun enemies, especially those pathetic RINOs, envious of Trump’s success and stupidly, vainly looking to their enemies as potential friends, allies, career boosters.  Good luck with that. To be most charitable, the concept of MAGA seems to have eluded them which is something they might discuss with their psychiatrists.

If nothing else, Trump has exposed all varieties of American subversion with his own remarkable vitality and adherence to the MAGA message both domestically (low taxes, a thriving economy, low unemployment, controlled immigration) and  internationally (Communist China and fair trade, Israel and the Middle East).

In the very possible event of Trump’s absence, Americans must fight  and never cave to the lies we are being forced to swallow. For a while, we may have to live with the real threats of tyranny promised us by a Harris-Biden regime. We will be endlessly encouraged, like Orwell’s Winston Smith,  to adapt, to learn to love Big Brother. May we not be agents of our own undoing, part of the “confederacy of fools” forewarned by those who’ve lived this nightmare:

“The danger to America is not [pick your latest placeholder: Obama, Hillary, Biden, Harris, Whoever’s Next]  but a citizenry capable of entrusting a man or woman like him/her with the Presidency. It will be far easier to limit and undo the follies of [such a] presidency than to restore the necessary common sense and good judgment to a depraved electorate willing to have such an individual for their president. The problem is much deeper and far more serious than [Barack/Hillary/Joe/Kamala], who is a mere symptom of what ails America. Blaming the prince of the fools should not blind anyone to the vast confederacy of fools that made him their prince. The Republic can survive [Barack/Hillary/Joe/Kamala], who is, after all, merely a fool. It is less likely to survive a multitude of fools, such as those who made him/her their president.”

This is the fight of our lives and well worth it, whatever the cost. 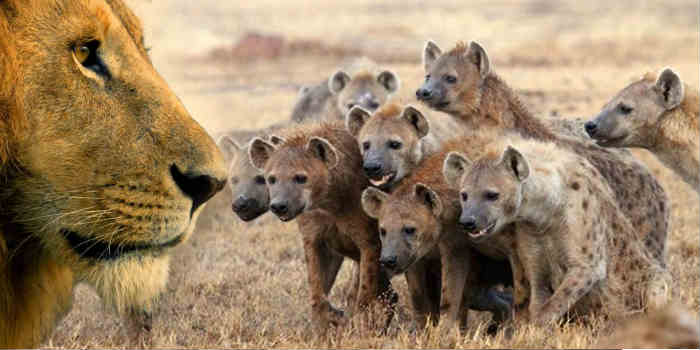 One Reply to “Who ARE the good guys?”