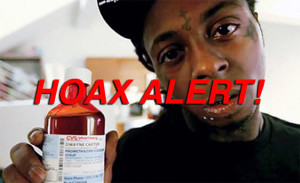 UPDATE 9/20/20: Like a stomach-churning carnival ride  you’d love to get off, politics leading up to (hopefully) Trump’s re-election has become a daily stomach churner for those of us who don’t like responding to lies. And lies. And more lies.

Perhaps the biggest lie of all is that the collective Woke mentality of the Left pretends it’s not making things up, that it can say and do anything, however destructive or false, in pursuit of “GETTING TRUMP!”

Where to begin? Anywhere in the Leftist canon will do. There’s promotional hoax of Joe Biden as a fit, competent candidate for POTUS. Destruction of the American and world economy based on the advice of “expert” bureaucrats at CDC and W.H.O. persists.

There’s the Orwellian gaslighting of anything most people in our culture would agree is good. This week, even Beethoven is deemed evil and presumably slated for erasure…or perhaps some revisionist re-education.  Relief is offered occasionally when an honest person comes around and admits error. But that is news only because it is so rare.

To respond rationally and maintain one’s equilibrium, one is compelled to seek out and know what’s true. It’s a rugged test of character and endurance, but at day’s end, what else matters but the truth?

UPDATE 9/5/20: This time it’s a hit piece from The Atlantic (70% owned by Steve Jobs’ Trump-hating widow, one of Biden’s biggest funders) accusing Trump of calling dead soldiers “losers” and “suckers.” Ah yes, that Trump diss of RINO John McCain’s POW experience, now dredged up and falsely expanded upon to include all fallen soldiers.  No doubt it will work on some feeble minds, but Trump’s base, knowing him and his impressive history of championing the troops long before his political career, remains solid and wisely skeptical at this point of the latest attempt to destroy him. As usual, there is no lie too great or scheme too outrageous that the Dems won’t float to regain power. And this is only September.

UPDATE 5/5/19: As the Party of Obama/Clinton slowly, slowly becomes the target of real investigation into the worst sort of political corruption, word has gone out to one and all that Attorney General Barr is to be declared “a liar.” In reliable Alinsky defame/destroy fashion, project your own crime onto anyone capable of exposing you for what you are. Will such obfuscation work…again?

UPDATE 4/1/19: The tables have turned. May the pursuer now be the American people, and the pursued the foul swarm of power gluttons, scoundrels and liars behind the Russian collusion hoax, bottom to top. We hold our breath in eager, measured anticipation.

ORIGINAL POST, 3/31/19: The epidemic proliferation of fakery, lies and pure fantasizing on the Left has urgently determined that there be a home here specifically for HOAX FOLKS. Like curious specimens in a museum, these ever-wilder Twilight Zone ravings now mainstreamed daily from politicians & celebrities, aided & abetted by the MSM, need to be set on regular objective display, for the specific purpose of maintaining an orderly universe. This writer’s absurdist anthology Alice-Through-The-Looking-Glass and self preservation Mirror Offensive posts originated from the same bruised & battered state of mind that needs a daily dose of hard truth. If virtually everything tossed at us these days by the Left is a lie, a fake, a hoax, one must routinely catch, neutralize and put each of these poisons into full daylight just to stay safe and sane.

Short of being activists (I’d really rather just live my life, thanks…), perhaps visiting & re-visiting our own mental Museums of Exposed Leftist Lies & Dissemblance is all most busy people need for their well-being, aside from voting.

Climate Change-Potentially the biggest and most damaging ongoing hoax of all. Amazingly, making the change in the weather, the natural cycle of cold and warm seasons, A Problem (A CRISIS!) solvable only by abandoning capitalism for One World Socialism to be overseen by our natural betters in high political places.  There’s also a special bonus for cheesy hustlers with those high-end connections like Al Gore, a get-rich, crony capitalist scheme for aspiring Marxist billionaires. It doesn’t get wackier or far-fetched than this. And millions of the desperately moronic are buying it.

Until they stop, just repeat: “it’s the weather” and go back to your life.

Russian Collusion-Since November, 2016 the flagship of the Get Trump Resistance armada, recently sunk due to a leaky balsa wood/swiss cheese hull  and no lifeboats. From the start a totally fabricated plot hatched by no less than the Dem Party vanguard-Obama, the Clintons-to deflect attention away from THEIR hanky-panky dance with the Russian bear and a host of other treasonous endeavors, hopefully NOW to be investigated and exposed. Think of Obama’s inadvertent hot mike YouTube message to Putin with the Russian President? Those cash billions on pallets and a pass on nuclear development gifted to the Iranian mullahs? Hillary’s Uranium One deal and her whole Pay-To-Play Foundation? You want “Russian[or just plain Foreign] Collusion?” Corruption? Treason? Here ’tis.

The MSM-Like the hideous egg-bearing monster mothers of “Alien” and ancient, primitive mythology, our once-trustworthy major information distributers have been joined at the hip with the Left, hatching one little evil monster hoax after another, “Russian Collusion” being the biggest and most prolonged of late.

Of shorter shelf life and easier to expose, the MSM has had a thing about MAGA hats. Speaking of which:

Covington Kentucky Kids-Everything and everyone including children from across the aisle (nice, polite Catholic schoolboys guilty of wearing that red racist MAGA headgear) were thought to be grist for the MSM grinder, easy targets of isolation and destruction by the Trump-haters looking for yet another fake scenario to slime POTUS and his super-motorized MAGA movement. Happily for anyone valuing justice underpinned by the truth (not Your Truth or My Truth: the truth), the MSM hoaxers now find themselves looking down the barrel of a fully, loaded legal cannon ready for ignition. Satisfying to watch and potentially game-changing if the libel suits filed get as costly as proposed.

Jussie Smollett-A minor actor with major Leftist intersectional credentials-Black, gay, serial liar. Currently, the eye of a hurricane of dissemblance and Poison Prog agitprop, supposedly the victim/hero/survivor of a heinous “modern-day lynching” by (who else) some phantom MAGA hat-wearing thugs in the middle of a cold Chicago winter’s night. Chapter 2: outed as a dimwit publicity hound hatching yet another hate hoax, seemingly on the road to major legal indictments. Then, suddenly, mysteriously, pardoned by forces and for reasons yet to be revealed. Along the way, hailed as a hero by the NAACP until he’s not hailed as hero by the NAACP.

Fully unravel this hoax involving Kamala Harris, Cory Booker, the Obamas and at least one of their stooges, and we’ll be treated to a Festival of Exposed Fraud in the highest places. Why would Obama be so closely involved in trying to bury investigation into the Smollett hoax…unless his logical chosen successors in Transformation are somehow complicit in the whole scam? And might those logical successors in Transformation be Kamala and Cory?

“Get Trump” has always been the goal, and the failure of the Mueller witch hunt and the highly credible possibility of involvement by Harris and/or Booker in the failed Smollett  “lynching” may have shifted some priorities. It’s major CYA time on all Left fronts, especially as the tables have turned on both these attempts to overturn the 2016 election, or swing 2020 back to the Transformation Mafia.

Trump and those supporting him are now the pursuers. The fascinating question is now “Who is the pursued? Who, ultimately, can we expect to find staring out of that corner at the end of the chase?”

9 Replies to “Hoax Folks: A moving feast of Leftist lies, fakery and fraud.”