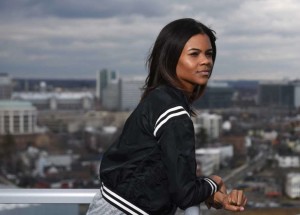 UPDATE 10/2/20: “Where White Fragility is a tract of ugly racist despair, [Candace Owens’] Blackout is a labor of hope.” 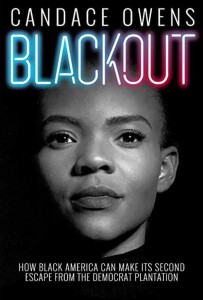 UPDATE 5/3/20: Candace Owens suspended from Twitter for rightfully calling Michigan Governess/Nanny Whitmer a dictator. Is the punishment for calling Nurse Wretched Gretchen a dictator or encouraging people to go to work? Or both? The good news is that this political treasure will almost certainly be running for political office.

UPDATE 4/4/20: It’s rumored that this real Conservative One We’ve Been Waiting For is running for public office. She and those ideologically akin to her are the future of America.

UPDATE 9/24/19: Owens further solidifies her ever-growing stature as a future American leader with a resounding smackdown against the pompous mucky-mucks of Congress.

UPDATE 5/6/19: Two for the price of one view: Candace Owens interviews Charlie Kirk on her Prager U show.

ORIGINAL POST 4/14/19: Fuggedabout AOC. Candace Owens is a young, fearless, brilliant woman on an heroic mission, and hope springs eternal at the thought of this remarkable spirit and others emboldened by her being America’s political future. Owens for President, 2024, 2028, 2032? Any time you’re ready, Ms. O, we are too.

Presently, her most visible platform is at Prager U where she takes the opportunity to mix it up and generate the fresh air of real debate with a variety of political and entertainment personalities. That includes a Black Lives Matters activist or the mercurial Roseann Barr or whoever has something interesting to say.

At the moment, Candace is too young to run for President (born in 1989) despite being eminently more qualified and inspiring than any one of the 13 dozen wannabe-Marxists running for chief commissar of the Democratic Party Snake Pit.

She is the antidote to the evil banality of today’s Democratic Party: sowing a politics of permanent discord, selling unalloyed socialism/communism as America’s future, active support of infanticide, the abandonment of border security in pursuit of a permanent Progressive majority.

She is The Great White/Black/Red/Yellow Hope, the un-Obama,  the gleaming daylight and cross to the ID Politics vampire loosed on us by The One and those behind him who would see us engaged in perpetual race/class/gender war.

Candace Owens is gratefully, fiercely American first and foremost, a major threat to the “soft fascism” of Progressive enslavement. Her combative talents for communication bode magnificently for the future. 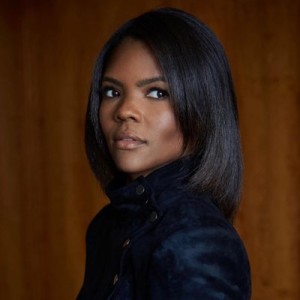