UPDATE 9/14/20: For “Truth,” ask Dan! Washed-up faux phony talking head Dan Rather tries floating more of his special brand of jetsam on the subject of the latest Trump hoax.  Stops short of calling Trump supporters Deplorables; just calls them dumb. In response, the magic mirror accurately reflects back an exposed fake. The  additional black eye of a heavy-duty payout for libel (such as that currently sought by a slandered, furious Alan Dershowitz) might also give these shameless liars pause. 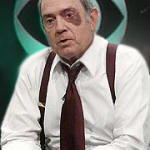 UPDATE 9/9/20: There’s nothing they won’t project, even Joe’s obvious mental and physical deterioration onto Trump. Did you hear?!! Orange Man is suffering from dementia too! Why not? Trump-haters will do and resort to anything, no matter how ridiculous or false.

ORIGINAL POST 9/6/20: It’s called projection: libelous accusations that mirror who THEY are. Time once again to activate The Mirror Offensive! Looking glasses up! Out! Ready! Aim! Reflect! 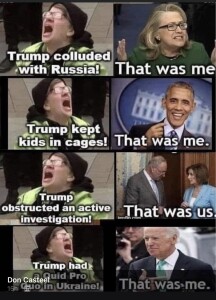 Lying, fabricating hoaxes is nothing new for the American media in bed with America’s sworn enemies. They have made it clear they will stop at nothing to slime conservatives and undermine the electoral process. No lie or scheme is too outrageous. Think back to Stalin’s 1930s Ukrainian holocaust liquidating millions of kulaks, totally ignored in Walter Duranty’s glowing NY Times report on the great & glorious Soviet “experiment.” Then as now with the 1619 Project fantasy, our elite intelligentsia deemed such bilge worthy of a Pulitzer Prize! The only drawback is that it’s all one big lie, every word including “and” and “the.”

Our only recourse is shining the light of truth, turning their mendacious projection back on them. Otherwise, the repeated lie becomes the latest new “truth,” filling the empty cranial echo chambers of the willfully ignorant. With the Left, lying is the only means to pushing the lethal Kool-Aid they offer. Consequently, there is no rest from the task of answering those lies with the truth, and using a mirror is most effective and satisfying.

4 Replies to “Calling (once more) on The Mirror Offensive”