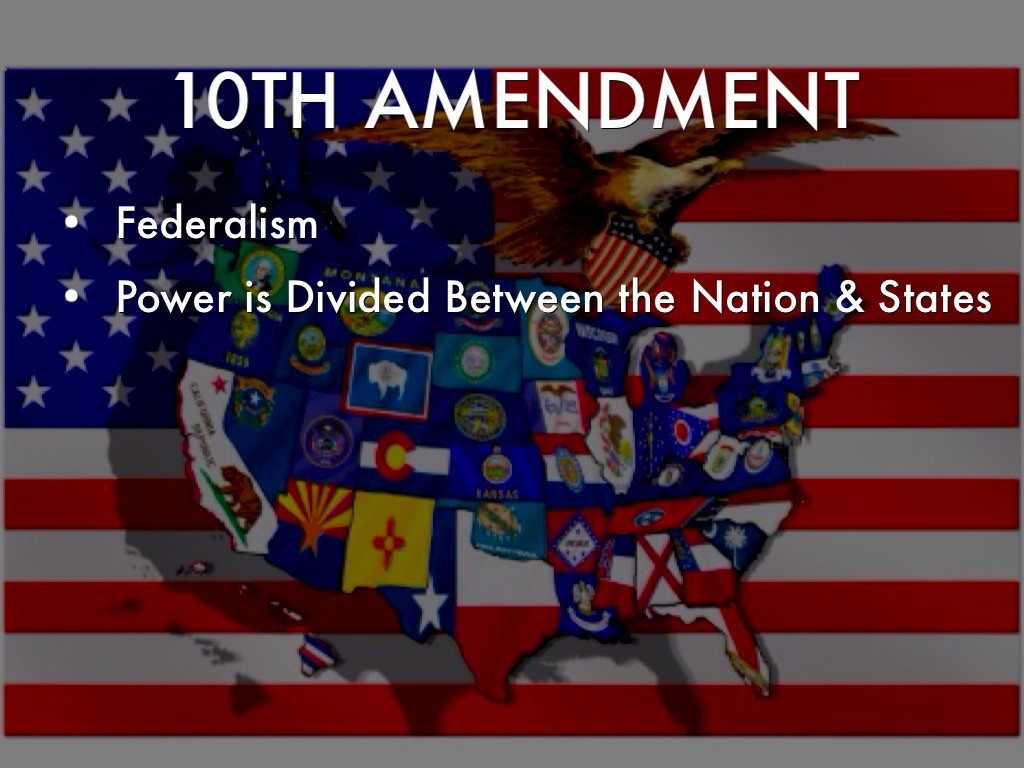 The American Civil War (during Lincoln’s time, not Trump’s) has been described by some as a battle between those wishing to preserve the Union (the North) versus those wishing to preserve States’ rights (the South). Are we not still “a nation conceived in liberty”once again “engaged in “a great civil war…testing…whether that nation, or any nation so conceived and so dedicated, can long endure”?

Seeking a way back from this (heating up) cold civil war palpably gripping us since Trump’s populist victory, political scientist Angelo Codevilla counsels a serious look at a renewed and refreshed  Federalism. One of our fundamental strengths allowing freedom and true diversity is the legal right for States to go their maverick ways on certain things while at the same time remaining steadfastly loyal to the Federal government when it comes to “the common good” (such as national defense). In that balance of loyalties lies the essence of what constitutes a free, vitally diverse United States.

If this State or that violates existing Federal law (legalizing marijuana or insisting on sanctuary/amnesty for illegal immigrants), so be it. Fine. Let that State underwrite its own illegal agenda. Let that State forfeit Federal funding, and allow those funds to be put to better (and legal) use. Cut off from the U.S. Treasury and reliant only on its own taxpayers, that State (and its voting taxpayers) may have second thoughts about forays into social engineering, anti-social or otherwise provably destructive activity. And the American taxpayer in Maine is spared having to subsidize activity in Colorado he doesn’t support. Follow The Money is always a reliable course of inquiry leading to an accurate solution. For all the righteous moral grandstanding, issues such as abortion (think the billions raked in by Planned Parenthood) and immigration (think all those illegals on the Dem voting rolls)  boil down to dollars and cents and political power.

During the last administration, we were treated to the perverse irony of the Federal government under Obama threatening Arizona for enforcing existing Federal immigration laws, not violating them. Federal laws criminalizing illegal entry to the country posed a hindrance to Obama’s Progressive agenda of Open Borders and his Party’s plan for flooding the country with a new, permanent Democratic majority of naturalized immigrants. In ObamaPelosi ProgressoWorld, there is no separation of powers or, for that matter, inconvenient laws to be observed. The noble Progressive Agenda overrides everything, especially laws unfriendly to the Progressive point of view. 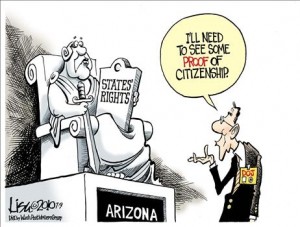 All of which brings up The Central Point: the most dangerous lasting damage to America from its subversives continues to be through corruption of our legal system. Without the bedrock of The Law, we are doomed. The persistent efforts to undermine the Constitution, rewrite it, leave it open to any wild-eyed, daily changing interpretation from a Progressive Supreme Court is The Threat. In that respect, Trump’s election and Hillary’s loss continue to look even more beneficial as the Supreme Court heads back to an Originalist point of view, maximizing liberty as our Founding Fathers originally set down in our two most fundamental documents, the Declaration of Independence and the U.S. Constitution. In those documents lies the future of our United States and all the still-free individuals in them.