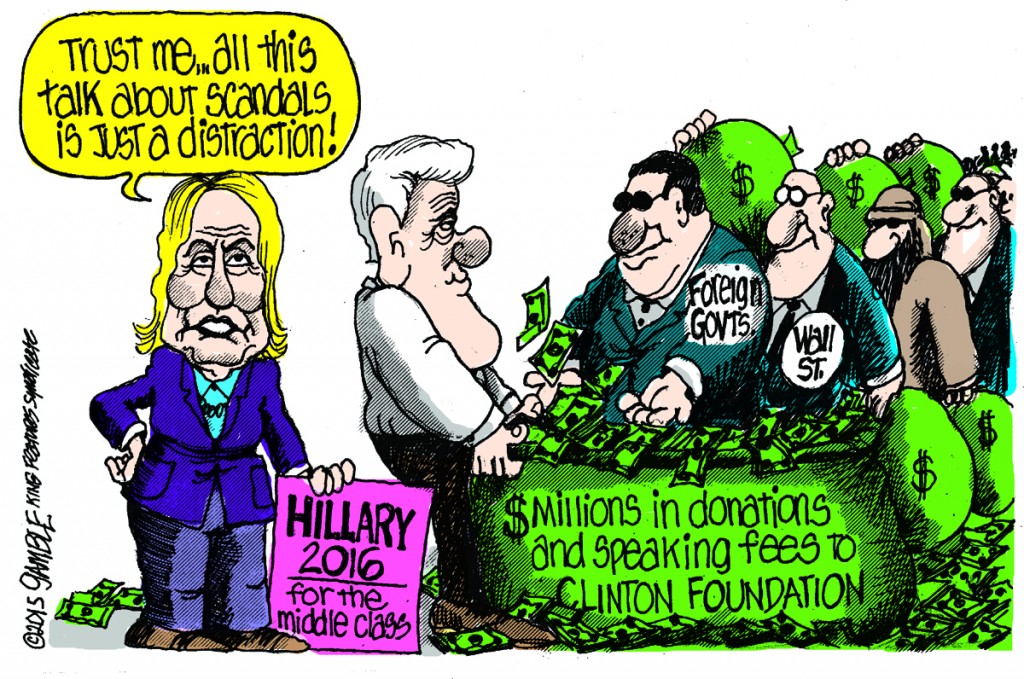 Even though the MSM has managed to hide/offset/distract from the full criminality of the Clintons, inconvenient dissidents  within Madame’s Party  (angry BernOuts and Black Lives Murderers) have made it impossible not to air at least some of the stench. In this case, the enemy of our enemy is indeed our friend, however unintentionally.

This week, Donald jovially, publicly has asked Putin to release ALL of Hillary’s emails for our delectation. Suddenly, the Dem spin is that Donald is in the tank with Putin!

Uh, no, Hillary. You’re in the lair with The Bear and have been for years. After all, she and Billy Jeff have always been for sale, never more so than during her tenure as America’s most powerful figure in foreign affairs. In that position of power, there was literally no limit to what could be bought and traded for the right “donation” into the “charitable” Clinton Foundation. Among many crimes documented in Peter Schweizer “Clinton Cash, one special highlight is Hillary’s uranium deal delivering 20% of American yellowcake to a Russian business just coincidentally depositing $140 million shortly thereafter into the Clinton Crime coffers. Charity certainly pays although not necessarily to anyone who desperately needs it. Like Haitians. Like almost any worthy cause drawing in both the naively trusting and all those deep-pocketed operators that make crime families like the Mafia and the Clintons go KA-CHING!