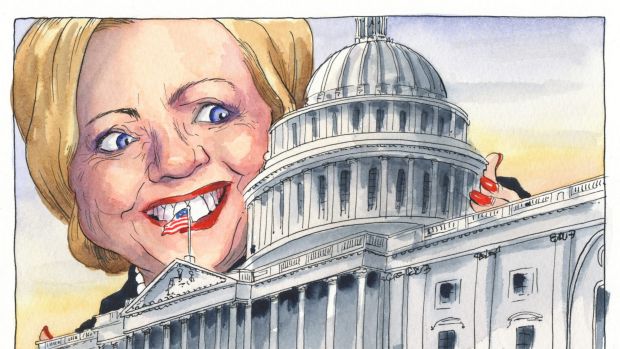 America has reached a turning point, a fork in the road when we find out whether we are still a country of free-thinking, free-acting individuals willing to face, without denial, the real problems facing us. The alternative came out draped in virginal, virtuous white last night, addressing (“with humility”) her slavish base and the rest of us as sheep wishing to be permanently herded this way and that from cradle to grave. She offers a Big Gov Global Gal’s promise of us living and dying at the whim of one homegrown, Midwestern Methodist girl, namely HERSELF!

It may Take A Village, but it all begins and ends with HER. She neglected to mention that Big Momma cares only for power and money. It Takes Two Eyes and a pulse to recognize a monster when we see one.

The crafty, cunning, conscienceless, utterly corrupt Hillary (Mrs. Bill) Clinton has offered herself up as our Mme. Mao, our Elena Ceausescu, Nurse Ratched, Mrs. Eleanor Iselin (Angela Lansbury’s terrifying Mother From Hell in “The Manchurian Candidate”). Alas, this isn’t Jessica Fletcher and Mame magnificently playing the part of one of cinema’s consummate villainesses. This is Hillary playing herself, only a few dead people’s votes away from ultimate power. 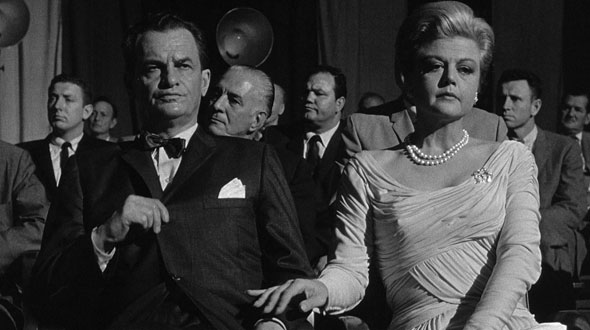 One Reply to “Wrapped in glistening white, Hillary portends a dark America.”