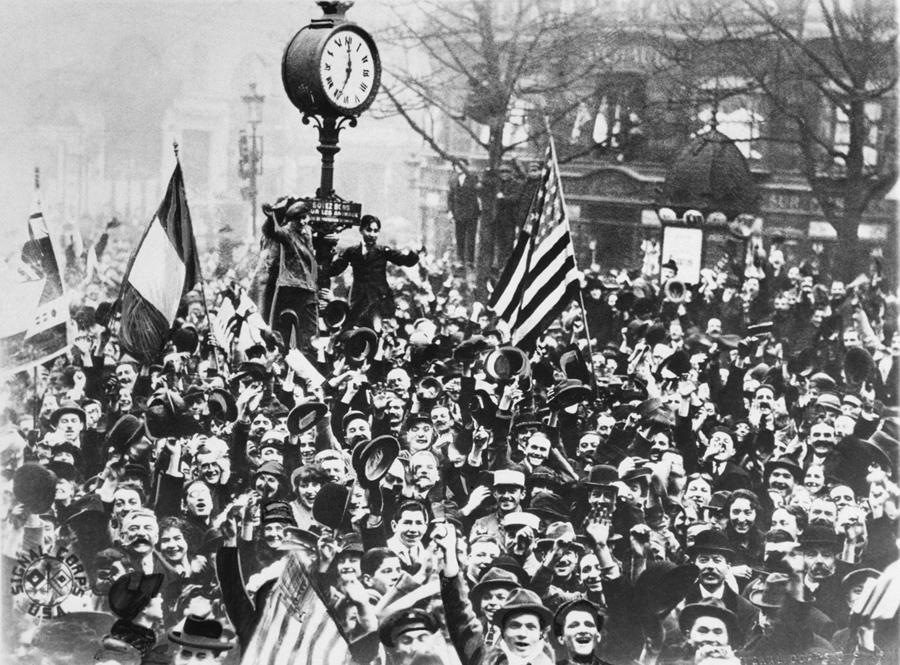 If one cares to contemplate mankind’s perverse capacity to ruin everything good he has created, World War I is a good place to start.

The Great War officially ended on the 11th hour of the 11th day of the 11th month of 1918, now just a whisker past a century ago, and we are still feeling its lethal effects and aftermaths. It was The Moment dividing the Old from the New; and what has proven “new” in the eventful century since the end of the so-called War To End All Wars has been 100 million+ dead from communism (and counting); the uniquely bizarre Nazi genocide;  radical Islam currently overrunning Europe without resistance; and in America, the forces of “transformation” taking root as half of the American electorate intends  to happily surrender its (and everyone else’s) fundamental freedoms to a cabal of Marxist Mafiosi millionaires incubated at our most prestigious colleges and universities.

WWI was an unraveling of reasonable order among autonomous, independent nation-states of Europe; and, in the political vacuum, the onset of totalitarian regimes and tyranny heretofore unimaginable in scope and brutality. Lenin/Stalin/Hitler made the imperial power of  Victoria or Franz Joseph seem benign, even quaint by comparison.

This world for all its wondrous miracles is fraught with pitfalls and flaws left over from the Great Folly watershed. We are assured that knowing history is the antidote to repeating it, especially the bad stuff. So have we learned anything?

America was physically unscarred by WWI although she sacrificed countless lives to what now appears to be pointless, suicidal slaughter. Our involvement in WWII had a point, a personal stake and a fortunate good end. Then, we lost our will in Korea and Vietnam, and our resolve to resist Islam in America after 9/11 remains up in the air.

For Europe, “peace” appears to have only been a brief reprieve from a self-destructive compulsion, a “20 year Armistice,” now yet again in full fever as the European Union declares America an enemy against which it should arm itself...while breezily putting a scimitar in Islam’s hands and its collective head on the chopping block. At the moment, Britain and Brexit remain the only rational move away from such One World/Open Borders madness.

Looking out the window somewhere in London’s Whitehall on August 3, 1914, British Foreign Secretary Sir Edward Grey prophesied: “The lamps are going out all over Europe. We shall not see them lit again in our lifetime.” While the lamp of liberty continues to burn for us here, we pray, with not a little trepidation, that the lights of America continue to burn brightly in our homes, our towns, our cities, our lives.