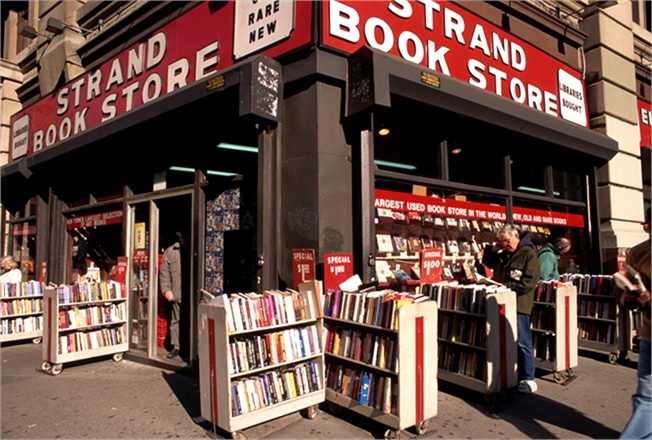 For us hicks from the American provinces whose real education took place a half century back in the bookshops of Berkeley and Greenwich Village, recent news about Manhattan’s legendary Strand Book Store fighting off extinction is both sad and illuminating.

The sad part is that bricks-and-mortar bookshops like The Strand and Cody’s (on Berkeley’s Telegraph Avenue in the 60s & 70s) are almost all gone, pretty much replaced now by the online commerce of Amazon and Co. There’s no arguing the convenience and speed of this new world of shopping, but for this formerly young person thoroughly uninterested in college classrooms but hungry for knowledge, those miles of musty aisles containing 1001 categories of colorfully covered books new and old were Ali Baba’s cave, a daily adventure in delving into the unknown & mysterious, always and forever a treasure hunt. That thrill is soon to be no longer available anywhere to the young of this brave new world.

Currently at issue with the Strand is the threatened takeover by NYC’s Landmarks Preservation Commission, and the [Liberal, Big Gov-loving] owner balking at the reality of losing control of her enterprise! Not to mention the extra costs which that kindly government control entails for a business person compelled to toe the endless lines set by the bureaucracy.

“The owner of the famous Strand Bookstore in Manhattan doesn’t want the city’s help preserving her building. She doesn’t want tax breaks or government subsidies. She just wants to be left alone.”

Perhaps (but unlikely) an illuminating, teachable moment for the owner, Nancy Bass Wyden, granddaughter of the Strand’s founder and wife of Liberal U.S. Senator Ron Wyden from Oregon: champion of paternalistic Big Government, now up against the stifling reality of what all her do-gooding, well-meaning Liberalism entails for its lucky “beneficiaries,” in this case, herself mugged by reality. She just wants to be left alone.

One can laugh at the folly of yet another big-hearted Leftist boomeranged by her own good intentions; but one sighs at the creative destruction of progress and those regretfully outmoded things left behind. We’ll truly miss those real places that sold books, lots and lots of all kinds of books. Sic transit, so it goes. 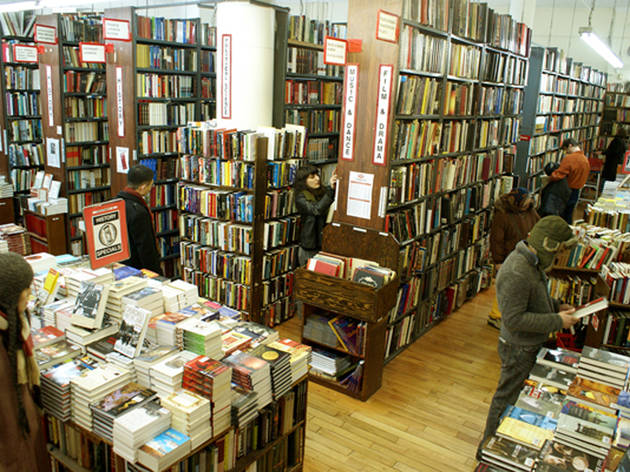