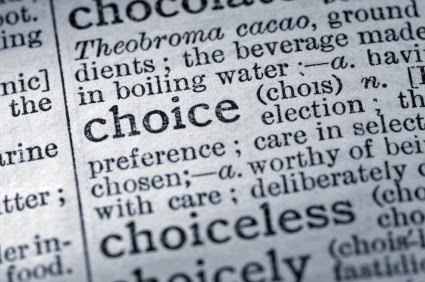 Hobson’s Choice: a choice of taking what is available or nothing at all.

Nothing at all means Hillary Clinton. And what’s available on the horizon appears to be Donald Trump. Some choice.

There is the hard, permanently deluded Left, young and old, who still think socialism is about kindness, compassion, fairness, free this and free that. That side of the electorate is intent on a permanent Nanny State, paid for by “the rich.” They’ve enjoyed implementation of just that with Barack and have lost all interest in the cruel demands of austere self-reliance. Help yourself to whatever you want! More freebies, more “rights” and reparations!  What they’ll actually get will come as a bit of a shock. Hillary and Bernie to the rescue!

And then there are those of us going by the name Conservative: live and let live, law underpinned by the Constitution (life, liberty, pursuit of property/happiness), repeal ObamaCare, turn the free market loose, abolish the IRS, put in a simple flat tax, monitor the borders again, destroy radical Islam. Calling Ted Cruz.

If by some happy turn of events, Cruz wins the nomination, we have a real choice, someone of reliable principle, stated and consistently re-confirmed over years.

Sadly, such an encouraging scenario is unlikely, given the state of the old guard, go-along-to-get-along Repubs and the surging, iffy “populism” of Donald Trump.

Conservatives have little in common with either and will be the voiceless losers, short of anything other than a Cruz candidacy. Unless… Trump actually believes and delivers at least some of what he’s been promising. Should he be the Republican standard bearer, we must vote for him or abdicate the future to Hillary Clinton. Flawed and opportunistic as Trump is, the choice is not so difficult after all.

One Reply to “Hobson’s Choice: Take it or leave it.”