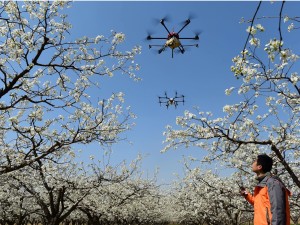 UPDATE 4/13/20: Forget about China. Forget about England. The Orwellian nightmare has arrived in CoronaCrazed America. Adding a diabolical Stalinist touch to the already sinister Virus Lockdown, the Mayor of LA promises to “reward” snitches who turn in their neighbors and businesses violating the various Stay At Home/Shutdown edicts. A pack of Philadelphia police thugs missing only their Black Shirts and swastikas physically assault & drag a man off a train for not wearing the noble mask of “Staying Safe.” Just following orders. This is America?

UPDATE 4/8/20: As the panic subsides and the country finally comes out from hiding, is one entitled to ask, “What the hell was that all about?”

ORIGINAL POST 3/29/20: If one wants a taste of the dystopian society promised by Green New Deals and Medicare For All, try China. And, despite reassurances to the contrary, try those American cities and states with mayors and governors scrambling over one another to outdo Communism’s Biggest Brothers. Threatening normal movement during a pumped-up crisis with fines and imprisonment? A crime to attend church? These edicts are benevolently issued as “Shelter-in-place” or “Stay-At-Home!” but all the lock-down talk has the distinctly creepy feel of martial law.

To the dismay of those capitalizing on this “crisis,” there are millions with a  perspective shaped by hard numbers. Compare the peaking CV fatalities to the tens of thousands who routinely die each year of the flu, traffic mishaps, workplace accidents. Stating such common sense in the face of the current Leftist hysteria marks one as an Enemy Of The People.

On the bright side, there are real actions and real solutions, not surprisingly from quarters of a Conservative bent. Texas Governor Abbott has encouraged businesses to keep going while maintaining safety.  And the reviled President Trump has made it his business to get the economy moving again. The hysterical “cure” shutting down the world has been a disaster far outpacing any damage a deadly virus will do.

Real cures, medical or political, are precisely what the Left fears. For real answers, people in the free human marketplace of ideas and resources move freely, quickly and look first to their own enterprise and ingenuity for solutions, not to the preening, power-mad “experts” of Big Government.

We have been granted an ominous preview of what life would be like when Big Government, not The People, decides it knows best. Who’s working for whom? And to what end?

3 Replies to “A CoronaCrisis Road to Serfdom? A warning.”