Given the opportunity to wreak havoc on our whole society, power-mad Democratic governors, mayors and various politicos are using the current “crisis” to show what life would be like in a permanently Orwellian America…and what life has been like in such Progressive paradises as the Soviet Union, Cuba, Venezuela, North Korea and China. Surfers are arrested, individuals not wearing the talisman masks are shamed,  harassed and reported by their good little fellow citizens-turned-informers; private businesses such as restaurants, Walmarts and Home Depots, even some food suppliers, are deemed “non-essential”; golf courses, parks, walking paths, beaches, outdoor public recreation havens for the confined are roped off as crime scenes. 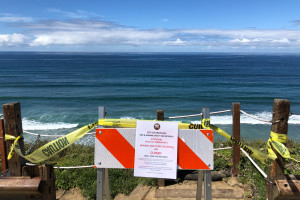 The long-range picture gets gloomier when taking into account that this is the deeply flawed humanity of the masses at work, not just a few self-appointed Big Brothers/Master Planners in the business of mass manipulation and control. It takes roughly half of an otherwise civilized citizenry to destroy a whole society by allowing their considerably lesser natures to guide their lives and their voting choices. Sadly, there is that fatal defect in human character that demonstrates, again and again and again, “misery loves company.”

Peddling misery and fear in all their infinite variety is not an easy sell, so we are treated to the righteous New Puritans, rationalizing their viral mania for totalitarian control as “saving lives.” Quoth great American gadfly Mencken: “Puritanism: the haunting fear that someone, somewhere, may be happy.”

In ProgressoWorld, the sins, the maladies, the weaknesses, the trials of the few must be shared equally by all. Everyone must pay…except those cynical “experts” at the top who thrive on human weakness and infantile dependency. Guns in the wrong hands? Confiscate them all. Air & water pollution? Ban all those dirty fossil fuels and replace them with provably unworkable “clean” alternatives. A virus that, like most communicable disease, preys primarily on the most vulnerable, the old and already sick? Shut down the whole healthy society until a few bureaucrats decide the killer “curve is flattened.”

When this is over [optimistically SOON & not IF], will the general public exclaim as an enraged whole, “What the hell was that all about?” The long-range picture looks promising if enough people realize they’ve had a taste of what today’s Progressive Democratic Party of Baracks & Hillarys & Bernies & Sleepy Joes have in store. If not, there will be no more America. Just a locked-down, “sheltered-in-place” quivering mass of hounded humanity experiencing Orwell’s totalitarian boot-in-the-face. Wake up, America. 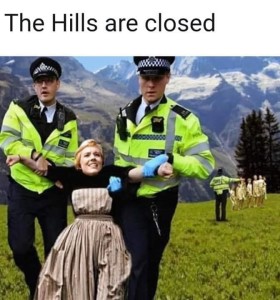 8 Replies to “Sharing the Virus misery: A trial run for Progressivism”