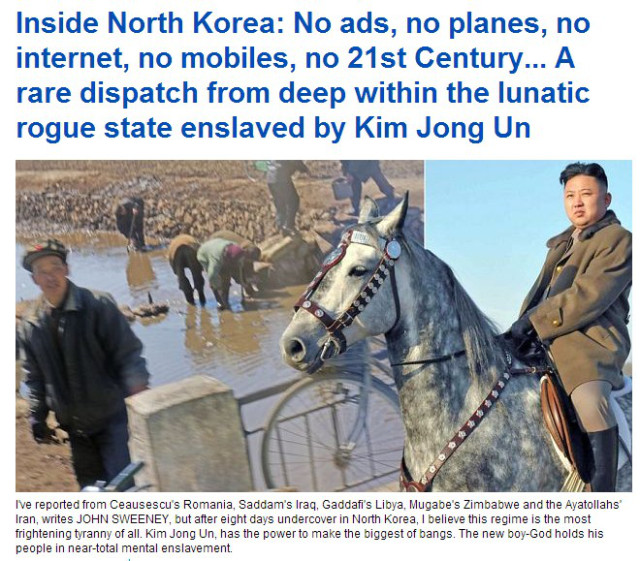 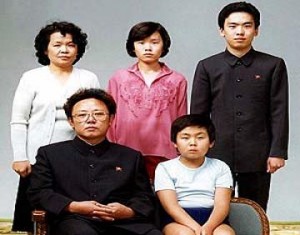 UPDATE 8/30/21: Predictably, the phantom presence of a Chance Gardener at the American helm has emboldened our enemies, among them the Norks again feeling free to live out their dreams of nuclear warfare.

UPDATE 6/17/21: The news here isn’t from North Korea. It’s from a North Korea refugee who knows Stalinist tyranny firsthand and states that this country of Cancel Culture and CRT is now well down the road to a similar fate. “Even North Korea is not this nuts.”  And by any standard, they’re pretty nuts, not to mention evil. 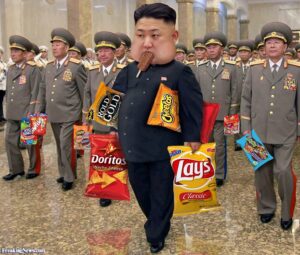 UPDATE 3/21/18: Keep squeezing North Korea where it hurts…or allow them to continue playing the free world for fools as previous American administrations have allowed them to do.

North Korea: leading contender for most oppressive regime blighting the planet. For rigidity and cold cruelty, it’s right up there with history’s worst, a feudal nightmare state of faceless, starving serfs, gulags. extermination camps, completely controlled and terrorized by a 21st century Caligula and his mincing minions. 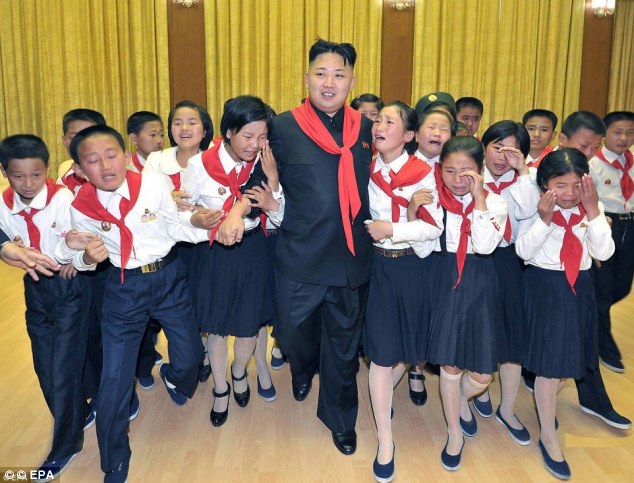 Around Dear Leader, everyone laughs, everyone cries…on cue. Year Zero. The perfect Marxist Utopia. And now he has The Bomb thanks to a series of appeasing Presidencies going back to Truman, both Democratic and Republican, all in stupefying denial. None (except Reagan and his Cold War offensive against the Soviets) demonstrated any will to snuff out this (or any other) lunatic Stalinist state. Until now. And bigly. 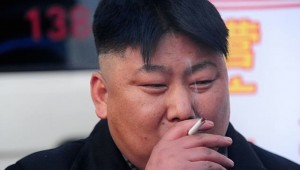 In handling the problem, all roads point to China, mentor to the porky Nork; and for the first time within memory, we have a POTUS who understands the power of economics and China’s vulnerabilities. As China goes, so will go its satellite North Korea. Is it realistic to hope that China will assert itself over its recalcitrant child and cease being the absentee parent? And go so far as to act as a serious protectorate, responsible for its ward? There are reports that China is actually activating a trade embargo on N. Korean products as of this week (September 5), surely a sign of disapproval and financial deterrence that the Little Rogue can ill afford. Unsurprisingly, China has even shown signs of hoping someone (like the U.S.) might rid them of this unmanageable bad seed. Everyone seems to agree that taking away the Fat Boy’s atomic toys is the goal, the happiest solution of all.

Do we have full knowledge of what and where we search and destroy if it comes to Junior pushing the nuclear button? Hardly unreasonable questions and concerns.

The TrumpHaters, united and focused only on their hatred, dither and snipe. And fret. Oh dear, what if Trump is right to handle things head-on? (Worse: what if he’s right and, God forbid, successful on a lot of other fronts!?) One fragile member of the MSM, his dress fluttering over his head, is upset about Defense Secretary Mattis using a “derogatory term” (that term is “pussy”) gearing up young men and women going to war, not a place for pussies or pointless fools posing as “journalists” or “resisters.” Oh me, oh my. Find these sensitive flower petals safe spaces, pacifiers and truckloads of Play-Doh. Meanwhile, the grown-ups are busy tackling the problem with the serious intention of solving it. To quote Churchill: “Fear is a reaction. Courage is a decision.”

3 Replies to “How do you solve a problem like Korea? Answer: try addressing it realistically for starters.”