Is the time far off when the majority of American Jews change course and fully embrace America (and Israel) in all  the rich variety and freedom it has bestowed upon them and to which they have contributed a disproportionate share here and worldwide? To do so, they must cast off the chains of their guilt-driven, secular opiate of the masses, “social consciousness.”

Psychologically, this is a tall order, as described by Norman Podhoretz in his book  “Ex-Friends: Falling Out with Allen Ginsberg, Lionel and Diana Trilling, Lillian Hellman, Hannah Arendt, and Norman Mailer.”  Moving from the dreary, mendacious tyranny of Liberalism/Socialism/Leftism/Progressivism/Marxism to unabashed American patriotism as he did was considered tantamount to embracing Christianity, groveling submission to the bigoted Goy. 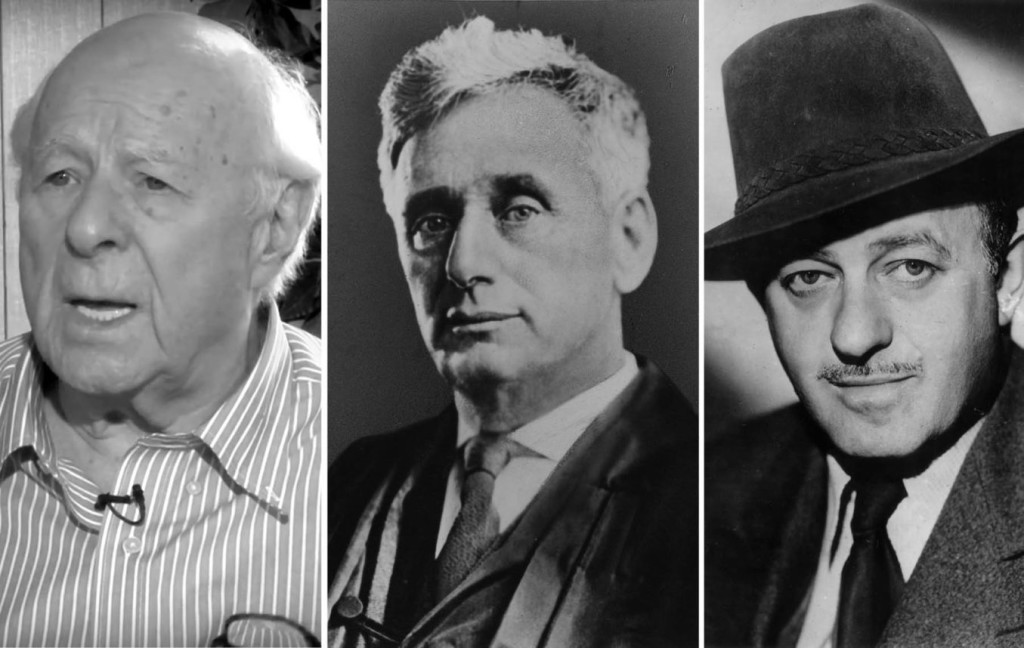 Perhaps American Jewry can draw inspiration from the stories of a trio of courageous renegades-Podhoretz, jurist Louis Brandeis and writer Ben Hecht.

Like heroes of those dystopian novels where the enslaved protagonist finds within himself the spark of life denied him and all those around him, these three true individualists found the full promise of the ages within themselves as proud Americans, not rootless “citizens of the world.”

One Reply to “The triumphant American Jew at the crossroads”