Skip to content
By: Fred Posted on January 6, 2018March 13, 2022
UPDATE 3/8/22: It was clear during the 4 Trump years that our strong, no-nonsense image in the world made a beneficial difference in keeping sworn bad guys like Iran at bay. Conversely, the image of a crippled puppet currently presented only emboldens our enemies and prolongs the suffering of those within their borders. Iranians still live under a boot, but now the Mullahs are feeling free to act on their aims to destroy us and their local foe, Israel. 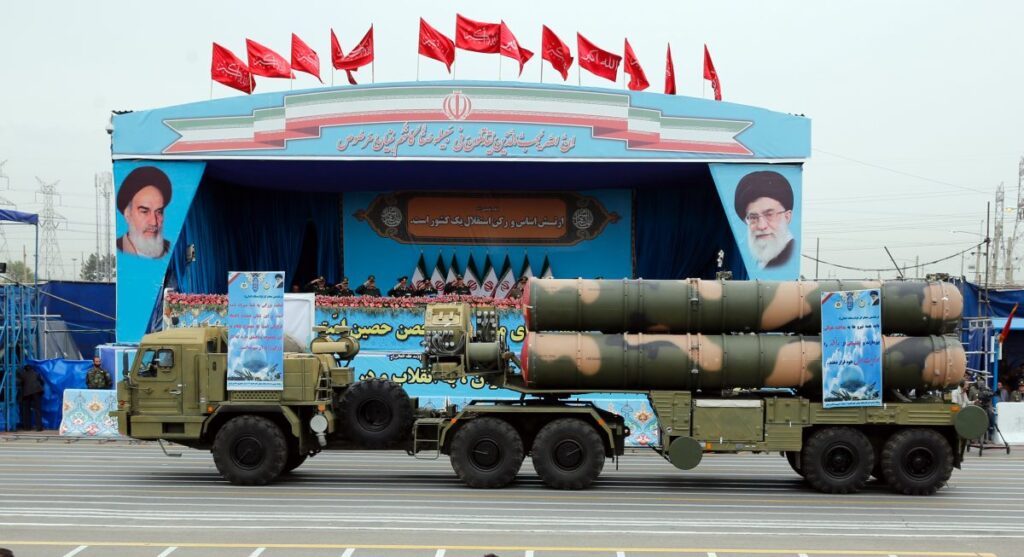 ORIGINAL POST  1/6/18: Elections have consequences: heinous ones when power is handed to an Obama or Clinton, astounding ones when handed to a Donald Trump.

The last time an American President was a significantly effective vocal presence for freedom abroad (and for the country that best embodies it) was one Ronald W. Reagan . Remember “Mr. Gorbachev, tear down this wall!” Remember what happened NOT just by chance shortly thereafter?

Then, nothing of real substance. The polite, patrician Bushes. The corrupt trailer trash Clintons. The thoroughly fake Obama, elected solely on the basis of a sickly beige-colored skin covering an empty soul and a character of no content.

The Great Obama Mistake spelled a desperate world of oppressed souls looking to America for help and …and rating precisely nothing.

Silence in 2009 for Iranians emboldened to challenge their fixed elections…and shot down or hanged without so much of a word of support from the U.S. President. Well, so he said, they never asked for help…

A few expendable American lives in Benghazi rated no concern or help whatsoever from a certain President or Secretary of State. What difference does it make?!

A friendly pack of terrorists from Guantanamo, useful killing machines where needed for future Islamic terrorism, were apparently worth one utterly worthless American military deserter in trade. Bowe Bergdahl, the boy next door!

Billions of American tax dollars clandestinely delivered into the pockets of Iranian mullahs, advancing their nuclear capability and, for good measure, foregoing the destruction of a Hezbollah drug cartel was one of Obama’s final triumphs. Thinking ahead to a “legacy,” are we? You got it! We’ll remember.

What is consistent in assessing this poor excuse of a human being, his anointed successor and their entire political Party is their determination to ally with and endear themselves to any enemy of America. In the process, Iran has become The Crisis of present-day foreign policy, the tinderbox of an explosive Middle East. So malevolent a threat to everyone has Iran become that even the rest of the Islamic world has been seriously considering an alliance with the U.S. and Israel against Mullah Madness.

But enough of them, here, now and forever.

By merciful contrast, our present President is not ignoring what could be a turning point in world history. As Iran goes, so goes the Middle East. Already he has unwaveringly backed Israel. Now he has taken a clear, firm stand on Iran. We cheer him on.  Perhaps the “insoluble” Middle Eastern problem is solvable.

Apparently it takes a businessman grounded and seasoned by real life seeking real solutions to  identify the problem. And the problem is the plundering criminals and despots whose wealth and power depend entirely on having NO solution and permanently deprived people under their control. Think not just the Arafats and present-day thugs of  Hamas and Hezbollah. Think the Barack Obamas, Clintons, the 1001 race profiteers in Congress ruling over the Inner Cities that blight American society. The spoilers are always the same, their motives and moti operandi identical: advocating for vast, helpless blocs of oppressed people, pocketing for themselves the billion$ received in worldwide sympathy. Real change in such situations can occur when the put-upon rabble correctly identify who their real enemies are.

Although headed for the condemnation of posterity, it’s instructive to revisit and recognize the hypocritical frauds who have staged the farce up until the recent past.

One can’t help but draw inspiration from the sage Obama stooges John Kerry, Susan Rice and Ben Rhodes advising Trump to be silent. Their cowardice comes off as almost comical.  Of course, the lethal consequences of their stupidity and corruption are anything but funny for terrorized peoples in Iran and elsewhere looking to America for support.  No doubt to preserve what remains of his sense of dignity after rolling in the slop with the Clintons and Obama, Leon Panetta retroactively invokes that old safe, respectable Liberal standby, “That’s what America’s all about!” Topping off  this embarrassment of Obama era Monday morning quarterbacks and diplomatic amateurs is the one, the only Mrs. Bill Clinton and her brave Tweet of support for the Iranian dissidents! Ya’ll come look us up in Chappaqua!!

Sharing the deep stain of shame that should be theirs for an infernal eternity is the Leftist LapDog Media. The NY Times has the gall to sniff that the Iranian protesters are disturbing the peace! To truthfully report on Iran and side with the protesters would be to sever their ties with their Dem Party masters. Hopefully, as the Fake Media dies its long overdue death, some sort of honesty and objectivity may find its way into journalism again. For that to happen, no less than a rebirth of intellectual balance, probity, mature character will be required throughout the population. A tall order for an upcoming generation of campus snowflakes and useful idiots.

Perhaps the most prominent among the Hall Of Shamers should be the tiresome, pampered Pussy Hatters, privileged Western women who, like their chosen leaders such as Obama, Mrs. Bill, Linda Sarsour, Gloria Steinem, have little or nothing to say in way of condemning the plight of women in Iran and in the rest of Islamic Sharia World. Again, a case of refusing to ally or identify themselves with America or Israel. The enemy of my enemy is my friend despite their “enemy” being an American/Western social order that allows them to wear and do and say whatever they please, however stupid and annoying. To actually compare and contrast their cushy lives to those of the societies they refuse to condemn would be to face their own incredible good fortune…and the hypocritical senselessness of their entire political outlook. 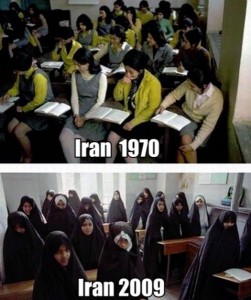 Now that an authentic American who identifies as such holds the office of the Presidency after the Obama/Clinton derailment, we find ourselves back on the main road of reality. The price for the Iranians’ fight will not be cheap. Dissenters are being hanged, shot and otherwise murdered and terrorized for wishing a civilized existence. Prisons are hell holes and torture chambers.

Take away the tyrannical theocrats at Iran’s helm, and you have, like Israel, a country of many, many sects and diverse cultures, not a uniformly “Persian” nation. All the more reason Iran is a land ready for true revolution and renaissance. A hopeful sign is that the focus of the 2009 uprising was limited to a rigged election, not the  far-reaching changeover of regime being demanded this time. This time, it’s “Death To Khameini,” not to the American Satan.

Is such a true Iranian revolution possible? Can the damage of an earlier betrayal by the Progressive Peanut Farmer be undone? Before prissy schoolmarm Carter’s pointed subversion of the Shah, Iranians enjoyed a modern way of life, a Western respect for the individual, a culture civilized in virtually all respects…and wisely unfriendly to Communists and their Liberal apologists in Europe and America. That outlawing of Marxist subversion was the Shah’s undoing. The subsequent 40 years of medieval tyranny underscores his good judgment. Do the Iranians have the sense to return to the modern world? 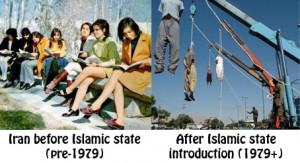 Some insist on framing it as the old struggle between “Hard Left” and “Hard Right.” Any nation with any sense of self-preservation and a wish for freedom and prosperity would be wise to follow the desirable results of an Israel led by a Netanyahu and an America led by a Trump, call it whatever one likes. We watch and wait.

One Reply to “Iran’s overdue revolution now underway and not to be rolled back. And purely by coincidence, who happens to be POTUS at this moment?”