Remember nearly 30 years ago when the Iron Curtain tyrannies starting falling like dominos, one after the other, and the usual Lefties insisted it had NOTHING to do with the very public, forceful anti-Communist stance & statements from a certain, recently sitting Republican President?

Remember last week when the same Progressive hacks and their robotic descendants insisted that all this good economic news for the stock market and dramatic dip in  unemployment has nothing to do with a certain sitting Republican President who talks (and Tweets!) about “Making America Great Again” and “Winning Bigly”? Naturally, they insist, it has everything to do with Barack Obama. Remember him? The past President aka God? The One who was going to calm the planet, make the waters recede and restore peace and prosperity to his kingdom by having government take over everyone’s lives. Doesn’t everything good that happens in life have something to do with Barack Obama and his big benevolent Plan for you?

The truth is: the tone of a household or a society is set by its leader, and much to the handwringing Liberal’s delight, the Obama ordeal was one self-congratulatory howl of delicious dissatisfaction, complaint and discord. It should be mentioned that such prolonged negativity always was and remains the full-time strategy of today’s Democratic Party politics, their influence entirely dependent upon a perpetually seething, dissatisfied constituency. Winning!? Optimism!? Achievement!? Results!? All dreaded harbingers of ruin for a Democrat. Ah, the glories of UnderDoggery. It makes one feel so virtuous and keeps the wretched of the earth down where they’re useful as victims. How else to profit from Christmas’ Neediest Cases 24/7/365 for these racketeers?

Sadly for the handwringers and amazingly for Americans serious about MAGA, Donald Trump’s presidency is one big rebuke to their weepy world of woe. Lower taxes?! Save us! ObamaCare mandate flushed away?! Have mercy! Christmas bonuses from Comcast, AT & T, pay raises for Wells Fargo and Boeing employees, $200+billion repatriated by Apple? A travesty!

For those prosperous people who inexplicably only feel virtuous agonizing over the glory of ruined lives (that are conveniently not their own), the accomplishments of this first year leaving Barack/Hillaryism behind is nothing less than a tragedy…and the best Christmas present the rest of us could ever wish for.

Merry Christmas, Donald Trump! And to those Americans wisely applauding and cheering him on, a very Happy New Year! But really! And bigly! Yuuuuuge! 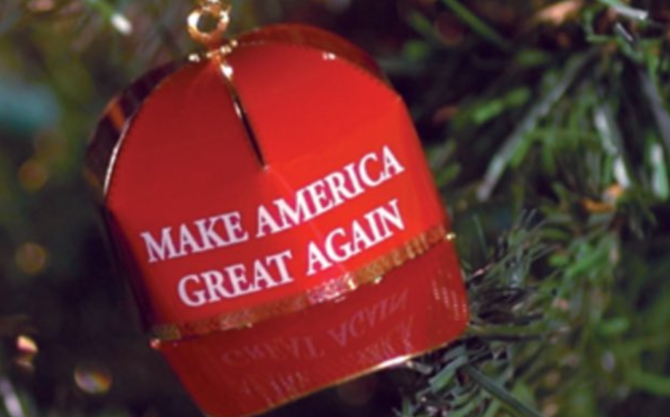 One Reply to “MAGAnomics: something to do with that burgeoning portfolio, corporate reinvestment, jobs…and renewed optimism.”