One can call it by many names, so widespread and prevalent among a certain segment of society is this pernicious malady.

For now to be relatively current, let’s call it Weinsteinitis: the belief that anything one does is somehow forgivable and deserving of a full pass if one mouths the right Leftist platitudes. Caught red-handed and facing certain ruin, drowning Harvey desperately last-gasped something about hating the NRA and Trump in hopes of fighting off the  Progresso locusts turning on him. Nothing one actually does or is matters if one just says the politically correct things. Or so he had come to believe. In his case, the old, trusty shield of PC just crumbled. Must be bigger game afoot for that crowd.

In the case of Barack Obama, one only has to BE a Leftist platitude, a “person of color,” to get away with anything. How else to explain the gumption, the chutzpah, the shamelessness, the license taken by one seedy slimeball sleaze from Delaware named Joe Biden to announce with a straight face: ” ‘I’ve served with eight presidents and I’ve gotten to know four of them very well. I’ve never met any president that has more character, more integrity, and more backbone than this guy does.’ Then he went completely off the rails when he absurdly added; ‘And eight years, not a hint — not a hint — of a scandal.‘ ”

It must be so if a US Senator and former VP says so. Then again, nothing wafting out of the Leftist universe really means a thing when history and “facts” must be repeatedly revised to keep fooling the fools who keep them afloat. Congenital liars like the Clintons and Obama and Biden are constantly “moving on.” Alas, those of us interested in the effects of bad ideas and worse consequences have not “moved on” and keep those disasters fully in mind while keeping to a worthy course. Real history matters. 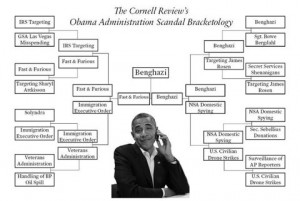 To wit, a little bit of the “scandal-free” Obama years: 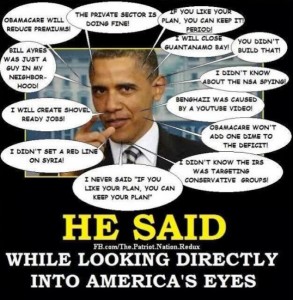 One could go on and on.  In fact, one could just “move on.” Let’s do that while keeping clearly in mind the nightmare that is possible when one Party successfully sells a platform of “fundamental American transformation.” This is also known as changing America from a constitutional republic based on freedom and individual rights to a centralized Marxist cesspool overseen by a Mafia Elite. 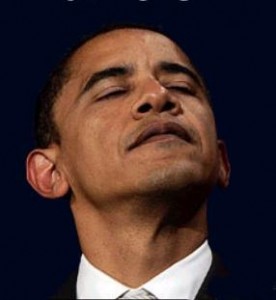 Alas for the religiously totalitarian Left, we still have elections every four years, it’s a new year, and America is making a miraculous U turn! Hey, what? Me worry?!

3 Replies to “The Obama Years: “Not a hint of a scandal…”
A little refresher stroll down memory lane with Joe Biden.”