…let’s do talk about them.

UPDATE 1/25/18: In case anyone thinks the term “shithole countries” is anything but blunt reality, ask a Peace Corps eyewitness.

Those up in arms about POTUS’ blunt language have a real affinity for shitholes. They revel in an endless cycle of deliberately creating and shedding endless tears over them. Real solutions doing away with poverty and misery do not figure into the equation. The tried and true proven solutions of liberty, free enterprise and the prosperity that invariably follow are anathema. Without these various dark, pitiable sewers unfit for human habitation abroad and in our own Inner Cities, what else does a Progressive live for? Such perpetuated wretchedness is the life’s blood, the core rationale for hitting up a gullible public and wealthy treasuries the world over for philanthropic funds and promised progress that those poor people will never see.

Naturally, self-congratulatory Luvvie hypocrites in DC and Hollywood and their sentimental fans keeping them and their fashionable plantations in high cotton are always all for importing that misery with no thought of solving our own existing problems of poverty, unemployment, crime and human devastation festering in practically any Democratically controlled urban center across this country. Let’s bring in more of the same, more dependent voters, create a permanent majority of Les Miserables! Look no further than the Clintons and their Foundation’s cold-blooded relationship to Haiti for the perfect example of the most vocal Luvvies exploiting the misery they claim to deplore. How many of those dollars skimmed off Haitian “humanitarian” funding paid for Chelsea’s $3 million wedding?

Pat Condell videos have attracted fans worldwide for their common sense and outrage at the horrific effects of fashionable political correctness. This latest “Word To The Criminal Migrant” has been censored off  his YouTube channel, obviously at the behest of the same  PC forces he regularly grinds up with his candor. That includes Google, owner of YouTube, which has now taken to post “Fact Check” on almost exclusively Conservative sites while leaving Left-leaning sites alone. Add to that “demonetizing,” disabling the ability of a site to advertise, and you have have full-blown censorship at work. 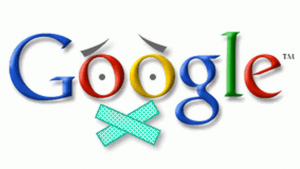 Finding a pulpit at Vimeo, and here easily displayed, we are pleased to find an alternative to YouTube, as much as we appreciate YouTube. YT is an incredible archive of vintage and current media, a treasure trove, but we are wary of it and its parent company Google’s eagerness to censor views considered “politically incorrect.” Such has been the case with some of the wonderfully informative and entertaining Prager U videos, and apparently Pat Condell’s frank observations of the political scene have suffered the same fearsome (and foolish) fate.

As the main point of the video below and Donald Trump’s no-nonsense assessment of migrant invasion demonstrate, people are rising up everywhere against the tyranny of political correctness forced on us by the arrogant, doctrinaire fools at Google, Facebook and other MSM stooges who have dominated media in front of the cameras and behind the scenes for too long.

Civilized people are tired of the stupidity of Hollywood and other celebrity Elites dictating their rigidly monolithic “multiculturalism” that strangles the genuinely free, civilized discourse they claim to champion. Wise up, PC idiots. Or perhaps you’d like to live in a shithole too. Oh? You’d prefer not?