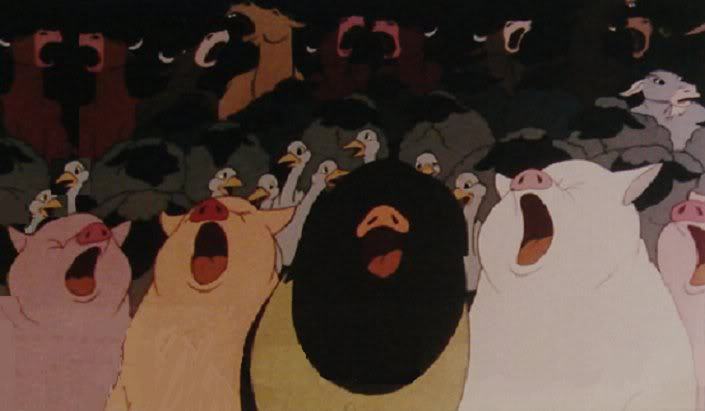 UPDATE  9/26/17: Mizzou is paying a well-deserved steep price in attendance and in dollars lost for accommodating and graciously hosting political thugs interested only in creating disorder and terrorizing people going about their business, not in helping the oppressed as they always claim. Perhaps going forward here and on campuses nationwide, the rights of the law-abiding and rational citizenry will take precedence over the “rights” of domestic terrorists to disrupt and destroy.

Orwell has visited this old, old scenario playing out at U of Missouri and Yale or wherever Black Lives Matter & Co. choose to turn things upside down.  As the timid “oppressors” acquiesce.  the pigs of “Animal Farm” turn out to be the  ruthless dictators they claim they are overthrowing. What about this don’t BLM sympathizers understand? Or maybe it’s spilled blood and brutal power the Obamanites really crave,  vicariously or otherwise. 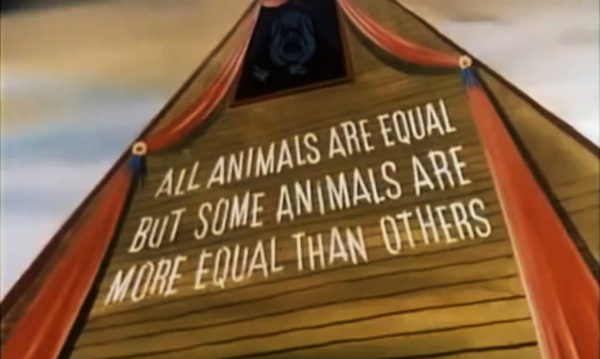 Needless to say but important to repeat: the unrest is deliberate agitation based on bald lies, invariably with the blessing of the current occupant of the White House. One laughs bitterly recalling that said White House personage was once trumpeted as our first “post-racial President.” Instead, we seem to be heading into our own Cultural Revolution, Mao’s purge of free speech that began on college campuses, resulting in the murder of millions and a longstanding reign of terror, censorship and silence.

Surrounded by a howling mob of mindless jackals, a young photographer named Tim Tai shows the character & spine completely missing in the school’s administrators. Judging by his website photos, he’s talented. One hopes in today’s confused world he has the moral fortitude to sort out definitively who the real friends of free expression are and who are not. Meanwhile, parents footing the outlandish bills have the option of sorting out which schools champion free expression and which don’t. 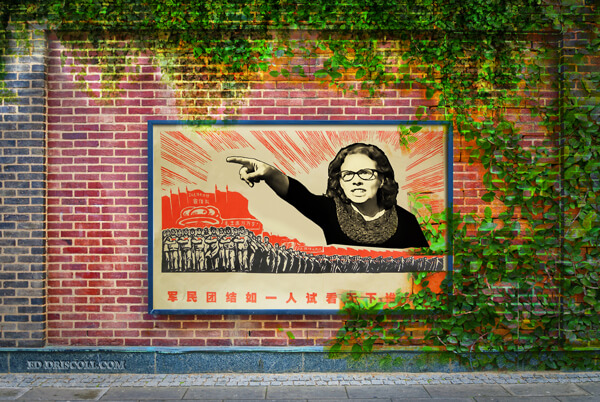 8 Replies to “The pigs at U of Missouri & Yale’s Animal Farm have driven off Farmer Jones.
Now who’s the cruel overlord?”