UPDATE 8/2/17: It just gets loonier. Feel-good fools of the Great White Way grovel at the altar of Progressivism and PC. To keep a flagging show open, a White “box office” star, Mandy Patinkin, is cast  to replace an unknown Black actor. Outrage! Even silly Patinkin withdraws to avoid being torn to pieces in Schubert Alley by his Evita pal Patti LuPone and her lynch mob. Box office receipts be damned! This is social justice!….and imminent unemployment for a lot of actors, ethnic ones included.

We were shocked, shocked, I tell you. Politically correct Broadway has just stepped squarely in its own excrement. Casting call for the hot, hot new show “Hamilton” specifically asking for “Non-Whites” only.  Even the normally PC/Leftwing unions such as Actors Equity have cried foul. We rotten, guilt-ridden Whites know that the Obama Era is turning out to be one big payback flogging,  but isn’t this a little obviously…um…racist? Discriminatory? A violation of Civil Rights. No doubt those behind this will say they were deliberately pulling a stunt to illustrate how badly it feels to be excluded. We think it’s a case of Orwell’s “Animal Farm” pigs walking on two legs like Farmer Jones.

Word has it they’re reconsidering. 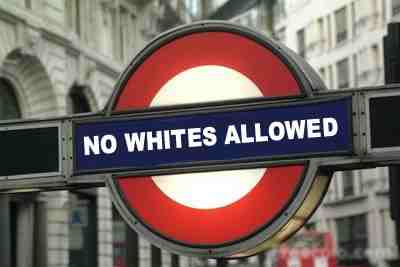 2 Replies to “PC Broadway eats its own.”