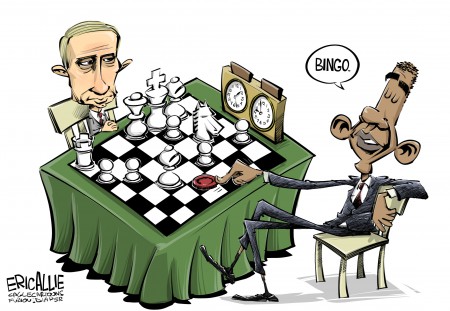 UPDATE 11/3/16 Vladimir continues to look & sound positively heroic compared to the pitiful likes of Merkel & Obama. And let us not overlook big-hearted Hillary and her dream of Open Borders.

Rush Limbaugh succinctly describes the gaping moral chasm left by an American President who has no allegiance to America or to the West. Where his true allegiances lie remains a mystery, but it doesn’t even matter. Abrogating American authority opens us and all humanity to the whims of the barbarians whoever they might be.

Lately (after the 11/13/15 Paris attacks), it’s Vladimir Putin, formerly KGB and aspiring New Stalin,  who has now stepped into the vacuum and assumed the moral authority to lecture the world on “the right to life.”  Such is a blind American electorate that puts an empty, amoral figurehead like Obama in charge of things. The logical next step is that a less covert, unabashed Leftwing operative is likely to seize power, and so it has come to pass. The outcome, our future, remains to be seen. 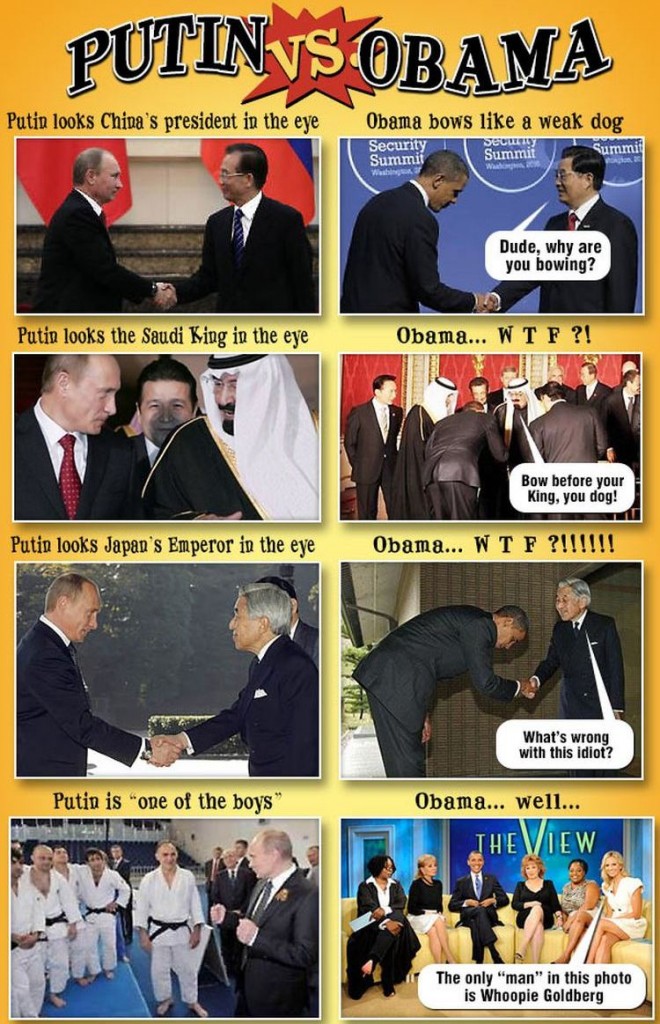