Obamacare can never sustain itself. So rather than letting it collapse under its own weight like the analogous Soviet empire, SCOTUS has stepped in and upheld a deep-pocket Federal bailout for our beloved  “Affordable” Care Act, the literal takeover of Americans’ physical bodies by the Fed. Oldsters don’t need or want it because they have Medicare and in dire circumstances Medicaid. Ergo, its financial survival has been based on the compulsory paid participation  of the young who don’t  want  it because it’s too expensive. And who cares about health insurance at age 20 or 30 or even 40? 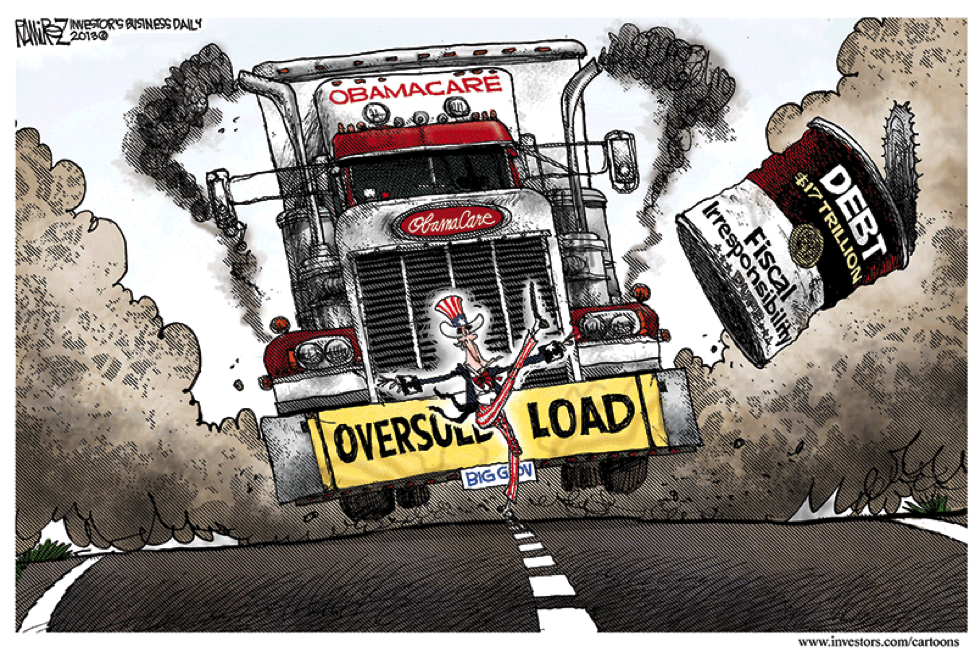 In its humanitarian wisdom, the law has forced the cancellation of millions of existing private policies that individual Americans have chosen for themselves from a competitive health insurance market, many right in the midst of treatment for serious illness. Insurance companies, unable by law to offer their own variety of policies and competitive rates to the public, climb into bed with the Fed for survival: universal bailouts, tax breaks, subsidies now sanctioned by this new SCOTUS ruling. Crony capitalism at its worst. Virtual nationalization/monopoly of the insurance industry=End of a competitive health insurance market, the real answer to affordable healthcare. And the cherry on top? Another multi-trillion dollar  tax burden on the public.

One Reply to “SCOTUS Gone Wild! Federal bailout of ObamaCare”