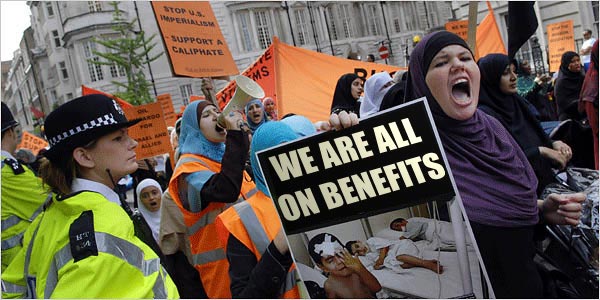 ORIGINAL POST: 7/30/15: Socialists/Communists demanding more Capitalist dollars, more control over the “means of production,” aka people who work, take risks and compete in the free marketplace!

Muslims calling for the extermination of Israel and the Western “imperialistic” societies they have invaded!

Question: who needs whom?

Without Socialists/Communists, capitalists will go on creating profitable businesses. Socialist/Communists without capitalism? Marx and his Very Bad Ideas wither away.

Without Islam calling for its head on a daily basis, Israel will have more time to continue creating their own brilliant civilization and contributing in a 1001 ways to all humanity worldwide. Conversely, without Israel (who has never attacked THEM without provocation), the anti-Semitic Arab states are left to fend for themselves against the expansionist designs of an Iran or Syria. And for those Muslims camping out in droves on the dime of Western society minus all the hated Infidel’s welfare perks, look to Allah. That leaves more money to clean the streets and pay the long-suffering police and school teachers better wages. Or maybe subsidize the local opera house or symphony orchestra. Or create ways for blind people to see. No end to the benefits of a free, civilized way of life.

Kill your (productive, profit-making, free marketing) host at your own risk.

Devour your hated host, and once the blood is sucked dry, what’s left for the parasites? The dissatisfied Takers of the world are unaccustomed to fending for themselves, incapable and unwilling to produce anything. Parasites don’t produce, they only consume. Without producers, consumers starve. All just a variation on Maggie Thatcher’s maddeningly simple little triusm: 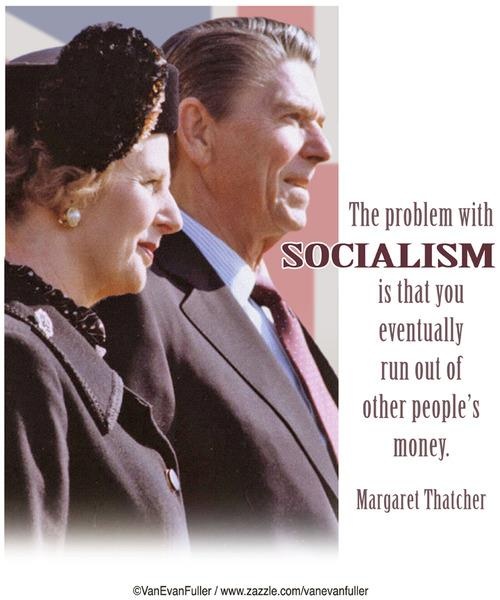 7 Replies to “The Suicidal Parasites of this world who insist on devouring their hosts.”