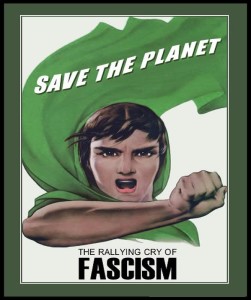 We were struck recently by Good Catholic Nancy “Defarge” Pelosi’s snarling profession of “a loving heart” when questioned about whether she hated Trump. Add to that heartwarmer the unveiled threats of mayhem to be visited upon Climate Deniers from camera-hog harridans Scoldilocks Greta and Hanoi Jane, and one is left with the distinct impression that Leftists aren’t terribly keen on the give-and-take of open debate.

Nor do they ever say what they really mean except when they’re obsolete movie star/activists approaching senility who’ve fallen off the media radar. Mentally incontinent Jane has just let fly with a call for Nuremberg-style trials for “climate criminals”, those providers of the fossil fuels enabling the wonders & conveniences of modern civilization. Presumably, that also means hanging them, maybe in a public square to add to the fun (and drive home the primary aim of intimidation). She also mentions that “socialism” is not the goal: “Democratic Socialism” is the goal, the nice kind where gullible people vote themselves into slavery. Just change the wording like the sagacious AOC counsels, and everything is copacetic. Only 11 years to doomsday! Time for extreme measures, albeit  “Democratic” ones.

For all-wise teen ecofascist Greta, it’s “shape up!” or it’s “up against the wall.” Sounds vaguely like a firing squad, does it not? Punishment for crossing this little she-devil would be carried out with those guns she’s eager to confiscate from the rest of us. Makes sense that guns are a-ok in her hands in service to “Saving The Planet.”When called on this Inconvenient Truth, she says she isn’t advocating violence. Why doubt that? She says so!

Given these current, all-too-typical demonstrations of the Left’s fanatic goals & violent intolerance for disagreement, should anyone be surprised at the 100 million+ body count that Jane & Greta’s proposed One World Marxism has racked up over the last century?

The overriding lesson here in need of repetition (Orwell’s “restating the obvious”) is “Beware Leftists bearing gifts.” “Saving the Planet” is another cozy phrase for the totalitarian tyranny of One World Government. Where would the Left be without its nice-sounding Doublespeak/NewSpeak euphemisms? With record numbers of people ignoring “class warfare/income inequality” propaganda, choosing instead to rise from poverty in a free market, how convenient to have “Climate Crisis” as the alternative way to scare people into the Totalitarian Trap.

The other, harder lesson is that the Marxist Mafia On The March is always making you an offer you daren’t refuse. Submit or die. Gotta break a few eggs to make that big tasty Utopian Omelette!

2 Replies to ““Saving The Planet,” “Democratic Socialism”….Nice names for totalitarianism.”