UPDATE 12/23/21: Beware when Leftists praise the virtues of “democracy” and wring their hands at “threats to our democracy.” They do NOT mean a de-centralized, free country protected by separation of powers. They fear losing what we’ve become, the rules of governance now reversed. Hundreds of millions of free, diverse American individuals now bow to the will of an Elite they’ve elected, now wielding overwhelming centralized power in Washington. So much for federalism, the autonomy of 50 states (and the individuals in them) operating independently of the Fed. All hail totalitarian DEMOCRATIC socialism. 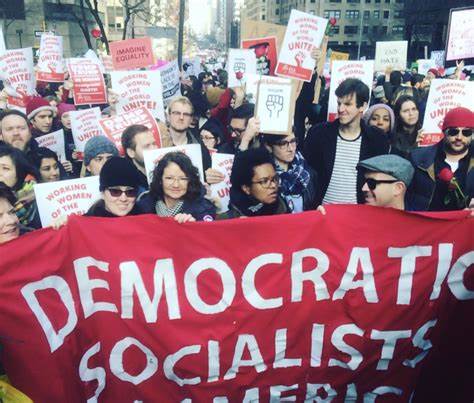 ORIGINAL POST 1/1/20: To understand nihilistic Leftists and their perverse talent for smashing good things and retooling them into bad things, go no further than two seemingly disparate personalities making recurrent headlines nowadays. One is old, one is young, but both were dysfunctional, deadened young people brought to life early on by the excitement of intoxicating celebrity, dreams of centralized, master-planned control, remaking the entire world in their own lifeless images.

George Soros is the world’s wealthiest anti-Semite and arguably the most active all-round agent of subversion still living for the day America, Israel and all nations cease to be societies of free individuals. In his Open Society, misery will be shared equally (with the exception of Elites like himself self-appointed to implement and oversee this thrilling Fundamental Transformation). Change, Movement, Transformation! Words of outward political activity that buzz, excite, shimmer for those sorry souls with little or no life within.

To the point at hand, young Soros’ early awakening to political activism is described as follows: “In his biography, Tivadar later described the trip to confiscate Jewish property as a move by the ‘kind-hearted’ Nazi collaborator to ‘cheer the unhappy lad up’ where after a dose of watching the persecution of Jews, ‘he quickly regained his spirits’. Soros would later describe this, a period that most Jews remember as a time of utter horror, as ‘the most exciting time of my life’ or an ‘adventure’”.

Likewise, there’s the younger, ultra-current version of that magical journey from depressed child to Progressive pest, Greta Thunberg. Her father unambiguously attributes her newfound celebrity (and inane canonization) in the Ecofascist crusade as the thing that miraculously mutated a despondent, mute, anorexic, agoraphobic, truant, autistic pre-teen into a “very happy” girl:

“Svante Thunberg reveals how activism had changed the outlook of the teenager, who suffered from depression for ‘three or four years’ before she began her school strike protest outside the Swedish parliament. She was now “very happy”, he said. ‘She stopped talking … she stopped going to school,’ he said of her illness, adding that it was the the ‘ultimate nightmare for a parent’ when Greta began refusing to eat.'”

Being touted on the cover of Time Magazine as the new Joan Of Arc and having every vacuous celebrity/opportunist vying for your attention will definitely liven things up for a mentally disturbed teenager. And as “Saving The Planet” is just NewSpeak for “Ruling The Planet,” the newly “very happy” kid has also become the clarion voice for every other outpost of Progressivism: “Democratic Socialism,” dismantling the White Patriarchy, confiscating guns, open borders. All that.

In this pair, we are witness to that sinister power that certain “movements” have over huge swaths of the population devoid of inner life, desperately in search of meaning, significance, purpose. These are the building blocks of societal nightmare, living examples of the bored, empty. restless (and Godless) morphed into totalitarian robots.

Get ’em while they’re young when planting the seeds of tyrannical crowd control, but recruiting the walking dead of any age group will do just fine.

3 Replies to “Leftism: Filling the void.”