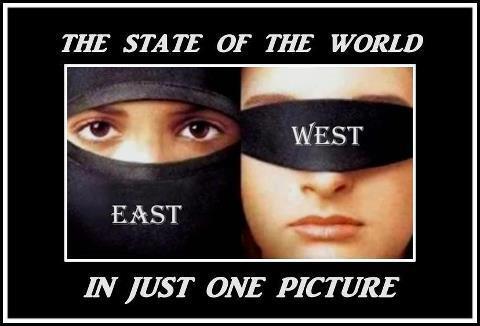 UPDATE 3/24/17: And now in the wake of the attack on innocents in London, well-guarded MPs  congratulate themselves on their suicidal tolerance for the cultural poison that is radical Islam. Meanwhile, an unarmed officer and random people lie dead on the pavement outside. Just a lone lunatic at work? Or the latest lethal result of a metastasizing death cult within our gates, allowed to thrive in the name of “diversity?”

Free speech and Islam do not mix as Australian cartoonist Bill Leak learned the hard way and that the rest of us had better heed. The issue is no longer Islam’s intention to obliterate Western society but the willingness of craven Western officialdom to surrender, even going so far as to punish those who warn us of our peril: Ayaan Hirsi Ali, Brigitte Bardot,  Elisabeth Sabaditsch-Wolff, Geert Wilders, the entire American anti-Trump Luvvie rabble determined to open our borders wide to our executioners. All those nice candlelight vigils and Je Suis Charlie buttons, so sweet, so useless, so empty, so stupid, so cowardly.

Kill your friends, give your enemies a pass. And now the dumber-than-dirt Dutch have turned down Geert Wilders and the resolve to turn back Islamic terror in their midst. When will they ever learn?