The headline below is NOT a parody, just an embarrassingly obvious display of the MSM’s unabashed bias. The NY Times on the morning after a Presidential election? Oh my, the despair. Wonder if they had a preference in the matter? So much for any pretense of objectivity or diversity in the MSM or the polls. This is Pravda worthy. What a nuisance the Internet and Talk Radio are to these people. No doubt the subsidized hooligans and frustrated brats staging riots in protest to Trump’s election will be hailed by this creaky old rag of record and their comrades as “All-American patriots, ” “freedom fighters,” or perhaps “21st century Thomas Paines.” Actually, they are just reality-starved children yanked from their “safe spaces” being forced to face the adult reality of tackling real problems, the true meaning of this election’s results. 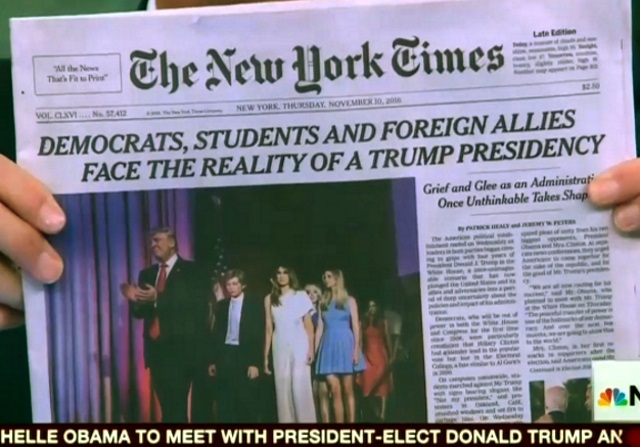 And for that humorless bunch of PC Nazis who insist on calling any of Hillary’s “basket of Deplorables” KKK sympathizers or worse, the irksome and so-far-uncontrollable World Wide Web proffers the parody headline below, regrettably at their expense. Safe to say, Hillary’s routed rabble will not be amused. After all, they are grief-stricken NY Times readers “facing the reality of a Trump Presidency” and currently unavailable to laugh at themselves. Those millions of delicate souls experiencing this insane Armageddon meltdown of terror and grief “should consider that their reaction to Trump’s win goes a long way towards explaining precisely why he did.” 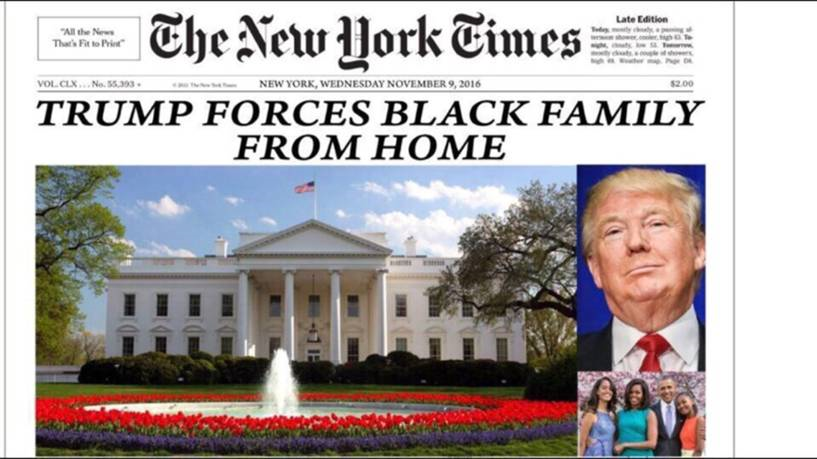