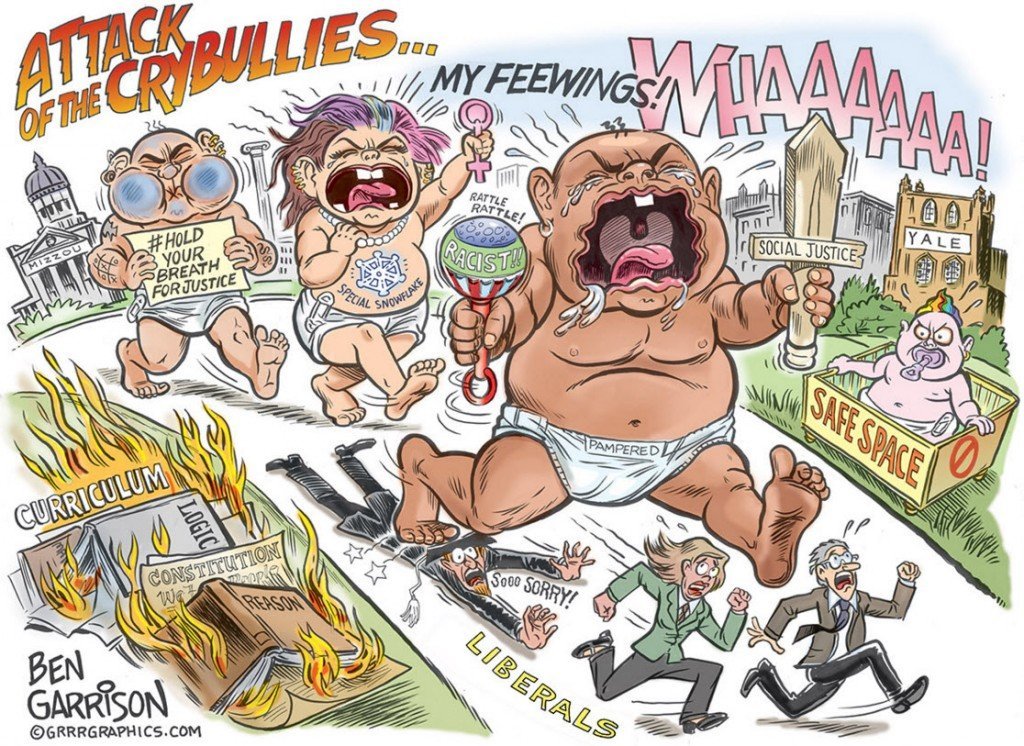 Gotta love ‘em. It’s mass tantrum time for millions of the most privileged brats in history. Obama Age Mewlers and Pukers. Safe spaces on college campuses. Play-Doh,  coloring books and therapy dogs to comfort Hillary’s betrayed  bereaved. A deranged mother terrorizes her own young son by kicking him out of the house for voting for Trump in a mock school election. A high tech CEO tweets proudly of planning to shoot the President-Elect, then facing much-deserved ruin whimpers it was “a flawed joke.” A Politico editor publishes an Alt-Right leader’s home address and encourages a mob attack with baseball bats. Ignorant, privileged, highly paid anti-capitalist Progressives lecturing the Vice President-Elect from the cushy stage of a hugely successful capitalist enterprise called “a Broadway hit show.” Articles and sound bytes abound advising any number of ways for the Disaffected to ruin Thanksgiving for their friends and relatives. But then, imposing one’s own misery and resentment en masse on others is that which drives the Left. How annoying and stupid they all are, intellectually dishonest and smug, projecting their own hatred and intolerance onto anything to the right of Stalin.

The long and short of it is that these people do NOT really want a just, thriving society in which everyone-the poor, the comfortable, the rich-can rise in life as their individual characters and destinies allow. Evidently, the hopelessly stupid Left will settle for nothing less than a planned, guaranteed, wrapped-up pile of shiny packages from Santa every morning under the tree.

No matter how successful Donald & Co. are at providing jobs and clearing the way for the poor to escape the hopeless morass of institutionalized dependency, the Disgruntled Dems will mewl & puke. Such fools will always be with us, and they are to be ignored as much as possible while the real work of the world is done. 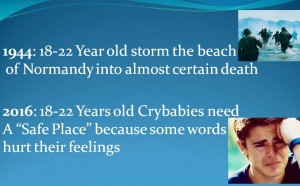 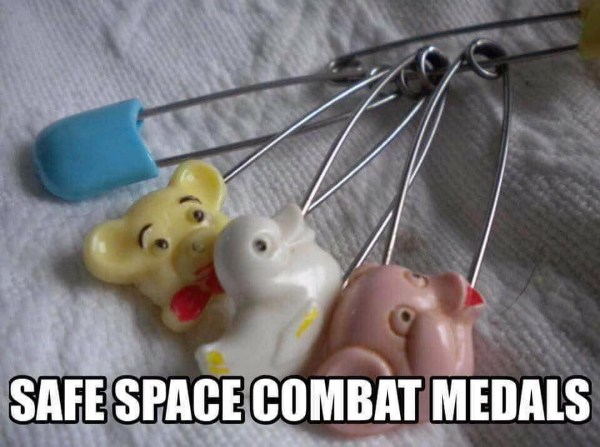 6 Replies to “Obama Age mewlers & pukers carry on at the horrifying prospect
of ALL Americans REALLY rising.”