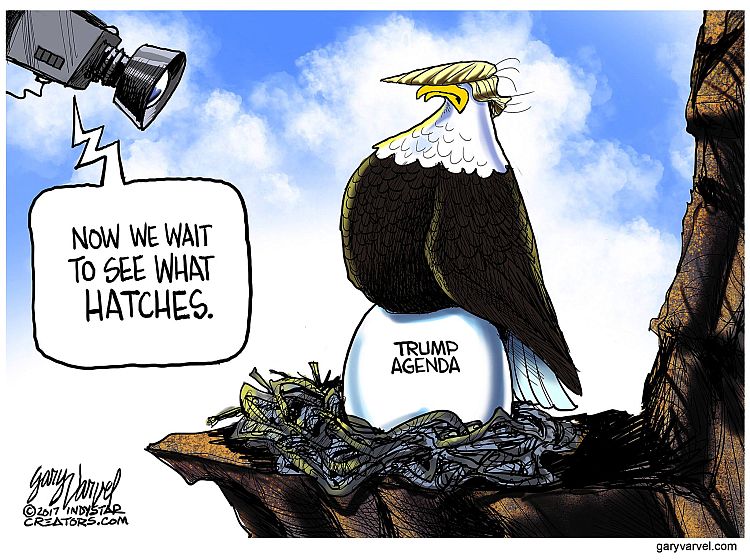 Donald Trump’s election has, among many positive things, proven that the Democrats haven’t achieved their ultimate goal: a permanent majority, a uniParty America, the potential tyranny of a democracy realized. Hillary’s election would have assured the destruction of our republic by naturalizing tens of millions of newly dependent Democrats and packing the Supreme Court with more Sonia/Elena/Ruth clones.

But Hillary did not get elected, and there’s much to celebrate. On this Easter, a holiday of resurrection and hope, let us take stock of our blessings while not discounting the problems.

Tammy Bruce is the sort of Deplorable most hated by the Left, specifically by the FemiNazis who, like all Leftists ID commissars, think they own everyone they’ve tagged for ownership. Tammy is not owned by anyone but herself: a sin, a betrayal, high treason to the gods of Progressoworld.  She, like 60 million other of us rotten renegades, is fired by the idea of a nation of working, dignified individuals, not a helpless Banana Republic stumbling along on scarcity, despair and dependency. Those of us deemed irredeemable by that phoniest of feminists (who got there via a man) see freedom as a privilege and responsibility, not an entitlement. And the Constitution as the enduring underpinning of that freedom.

Much to the horror of the Resistance terrorists, Trump is not to be deterred. Jobs are returning because the private sector is not being strangled by taxes and regulation.

Recent missiles & bombs deployed in Syria & Afghanistan have sent a dangerously overdue message to our sworn enemies: you are identified, in our sights; and all force necessary will be used to destroy you. No more fake red lines and apologies for being America. Mercifully replacing Obama’s suicidal “fundamental transformation” is “fundamental realignment” to re-establish and expand freedom (and America’s stature) both here and abroad. Much preferable, thank you.

Turning back the intentional takeover of the economy via mass entitlements like ObamaCare remains front-and-center on the Trump agenda. No one said this (or anything else) would be easy.

Immigration is once again becoming orderly and lawful. For that matter, the radical notion of laws being enforced, everyone being equal before the law, is actually gaining prominence once again.

Lying is no longer considered an acceptable means to any end, however noble it claims to be.

All this is Bad News for the usual suspects and their blind enablers who think we’re better off Socialized and wide open for conquest…and very good news for the people of America, especially those duped into slavery all these years by the lies and empty promises of the Left.

For the Left, it’s never been about progress. It’s all about Progressivism. Orwell would understand. In defiance of all that, we understand where we’re heading. The gyroscope is set, and we’re on our way.

One Reply to “And now something refreshingly optimistic for Easter: Trumpageddon.”