We are in a critical place, and the choice of one Barack Hussein Obama as POTUS has put us there. After 8 years, we can ponder clearly what we have had and what dangerous “transformation” he’s promised and effected. His literal cover has been his Black parentage and his utterly foreign name. Any criticism of his Fascist Marxism has been immediately deflected to the racist/xenophobic bin as he has gone on his merry way lambasting and dividing us. Identity politics-deliberately created divisions among class, race and gender-make us woefully less than a United States.

“See!” he and his fervent followers seem to say. “You are not exceptional. You are innately flawed, guilty of the world’s worst crimes. Payback is due, and I am The One who has been sent by fate and anointed by electoral decree to see you suffer for your sins.”

Obama aside (and it is a substantial aside), millions of us insist that America is still great and poised for a return to a secure way of life driven by hope, ingenuity, iron persistence and the willingness to work hard, long and ceaselessly. Backing us up is our history of Constitutionally guaranteed freedom and its miraculous results, not even remotely comparable to any other civilization in history. Such freedom was, is and will always be our backbone. Without it, we perish.

Without a leader fully understanding and believing in what has made America truly great, we are headed for more of the self-destructive hopelessness we’ve experienced in the last 8 years. Currently, Ted Cruz comes closest to espousing that uncompromising belief in ourselves and our heritage, providing a gateway to the future. 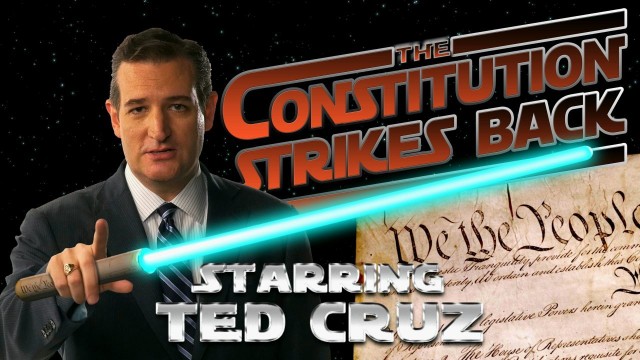