Because many or most of today’s Progressive views are built on lies, it’s easy to understand the fanatical response one faces when the lies are exposed. 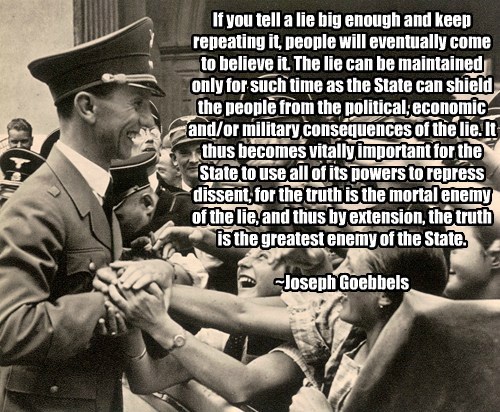 The entire premise of Israel as both  the aggressor and foreign interloper in the Middle East is another.

“Climate Change” as the most dire danger facing mankind or even a reality is a third.

Note the special hatred reserved by the Left for stubborn truth-bearing presences like The Tea Party, a simple principled code, not a concrete political Party at all. For those who would destroy America as we know it, such a principled code poses the only threat: fundamentals that don’t change with the wind like the ideas of life, liberty, the pursuit of happiness and private property protected by law;  free competitive markets: limited taxation; limited government; U.S. sovereignty; a strong defense; legal immigration; the notion of a Deity, not a human impersonator overriding all  human endeavors. Immutable principles such as these is The Problem for those who would rewrite the past, present and future in Orwellian fashion. Arm thyselves. For the continued sanity of the sane vs. today’s Progressives, regular doses of truth all day long is prescribed.