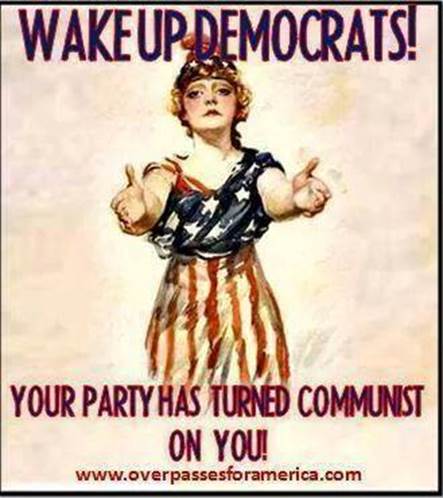 Restating the obvious about the downside(s) of communism: it enslaves and kills. Simply put, it’s a political religion that goes to any lengths to enforce one-size-fits-all behavior on millions of individuals who don’t like what they’re pushing. More disturbing than the lethal effect it has on everything it touches is the accommodation that freer, supposedly civilized individuals make for it.

ORIGINAL POST 2/23/20: Always seeking to soften the image of a  boot-in-the-human-face-forever that totalitarian Marxian policies guarantee, the “Progressive” Democratic Party appears to be leaning heavily this week toward that nice old “Democratic Socialist” Uncle Bernie. Enter Nanny Snoot with his billions and all that UnWoke dirty laundry tossed all over the stage last week by The Fake Indian. Last time we checked Six Pack Joe was flacking his Presidential qualifications and basic honesty thus in a moment of candor: “I’m an old guy. No, I’m serious!”  He’s also on record promising he’d  resign from the Presidency if he showed even a teensy sign of irrationality AFTER being elected. Joe is One Big Effin’ Deal not to be overlooked.

For that matter, so is the whole bunch of them. Quite the lineup.

All wise alternatives to Donald Trump’s booming economy and historically low unemployment for minorities and everyone else. So much for the Dems being the Party of  the Little Guy, “The Working Man.” Then, there’s that “troubling” business of controlling the borders, not unrelated to saving millions of jobs for working Americans already here (and keeping millions more Americans off of the welfare rolls). How about returning our courts to sober jurists, not biased, political activists? Then, there’s the perk of dealing internationally from a position of strength militarily, economically.

Making America Great and keeping it thus are anathema to a Party of Elitists that exists solely to keep the rest of us  weak, dependent, desperate, hopeless, at their mercy of Big Brother for life’s basics. Oh yes! Let’s try communism (or whatever they call it at the moment) again. This time we’ll get it right. Insane? Of course. But who ever said there is ANY sanity (or honor) to be found ANYWHERE along the Leftist spectrum?