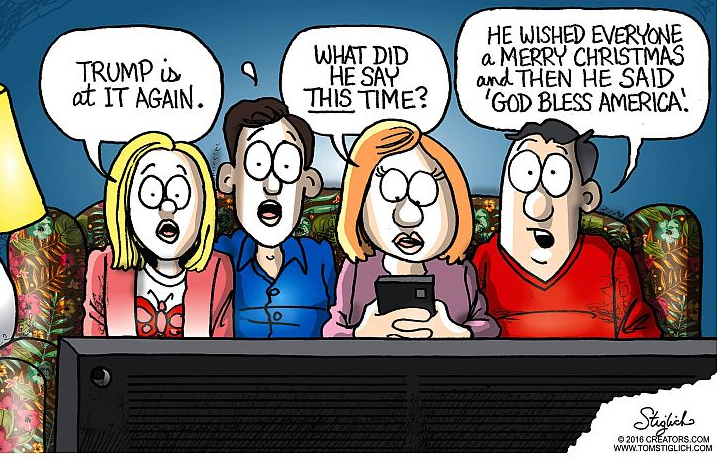 Our greatest President Abraham Lincoln, speaking on a blood-drenched battlefield in western Pennsylvania, said, “Four score and seven years ago our fathers brought forth on this continent, a new nation, conceived in Liberty, and dedicated to the proposition that all men are created equal. Now we are engaged in a great civil war, testing whether that nation, or any nation so conceived and so dedicated, can long endure.”

Sadly, most of us can say with some conviction that we in 2017 are engaged in a second American Civil War, again testing whether our nation can survive. Violent Soros-funded rioters have literally shut down free speech in both Berkeley and NYU; brainless multimillionaires like Meryl & Madonna regurgitate the foul lies of NY Times scripture; our bored friends, neighbors and relatives don pussy hats and befoul every possible social setting. They are rightly terrified that their empty Religion of Good Intentions and its disastrous consequences has been exposed, rejected and about to be put to flight by real actions and real solutions. What’s to become of the Democratic Party when unions and demoralized Inner City Blacks move toward jobs and prosperity, away from stagnant Progressivism to thriving business and a booming economy?

Peaceful co-existence has never been an option for any of these people because the Left exists to be the only game in town, centralized omnipotence their whole reason for being. Happily, we have a rough-and-ready general at the helm geared toward victory, positive results,  not appeasing weaklings. And whenever possible, ignoring them. Let us take heart and calmly weather the storm with confidence of advocating and living for something very different.

4 Replies to “The desperate Left in exile:
No permanent electoral majority, so let’s go for permanent
Civil War.”