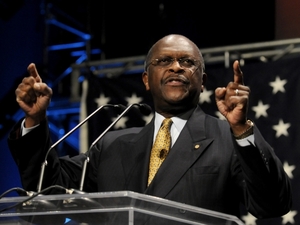 ‘How many of you think Herman Cain won the debate?”

“Well, we can stop right there,” said Frank Luntz, a fast-talking political consultant, as he paced before a Fox News focus group on May 5. “This is unprecedented.” On May 1, 2011, President Obama announced to the world that he had personally shot Osama bin Laden in the head.

Well, not exactly. But it was close.

“I directed Leon Panetta, the director of the CIA, to make the killing or capture of bin Laden the top priority of our war against al-Qaida,” he said. “I was briefed on a possible lead to bin Laden … I met repeatedly with my national security team as we developed more information about the possibility that we had located bin Laden hiding within a compound deep inside Pakistan. And finally, last week, I determined that we had enough intelligence to take action … Today, at my direction, the United States launched a targeted operation against that compound in Abbottabad, Pakistan …”

I have noticed fewer people around town this past weekend. First I thought it was because of the Presidents Day holiday. Then I realized it was because anarchists were being bused into Wisconsin! More for them, and less for us!

The Midwest is getting a bit of a taste of Berkeley life. I’m guessing they are not liking it one bit. The violent, hostile vibe wouldn’t sit well with decent Midwestern folks.

When I was young and living in Manhattan, I saw an Off-Off-Broadway play called Slave Ship. It was an experience I’ll never forget.

Unbeknownst to me, the performance was conducted in total darkness. The audience was subjected for one very long hour to the harrowing sounds of slavery. There were blood-curdling screams, whippings, and more.

Given that we were trapped in pitch blackness, the audience was held captive like the slaves, compelled to experience the same terror, helplessness, and despair. This was undoubtedly the intention of the play.